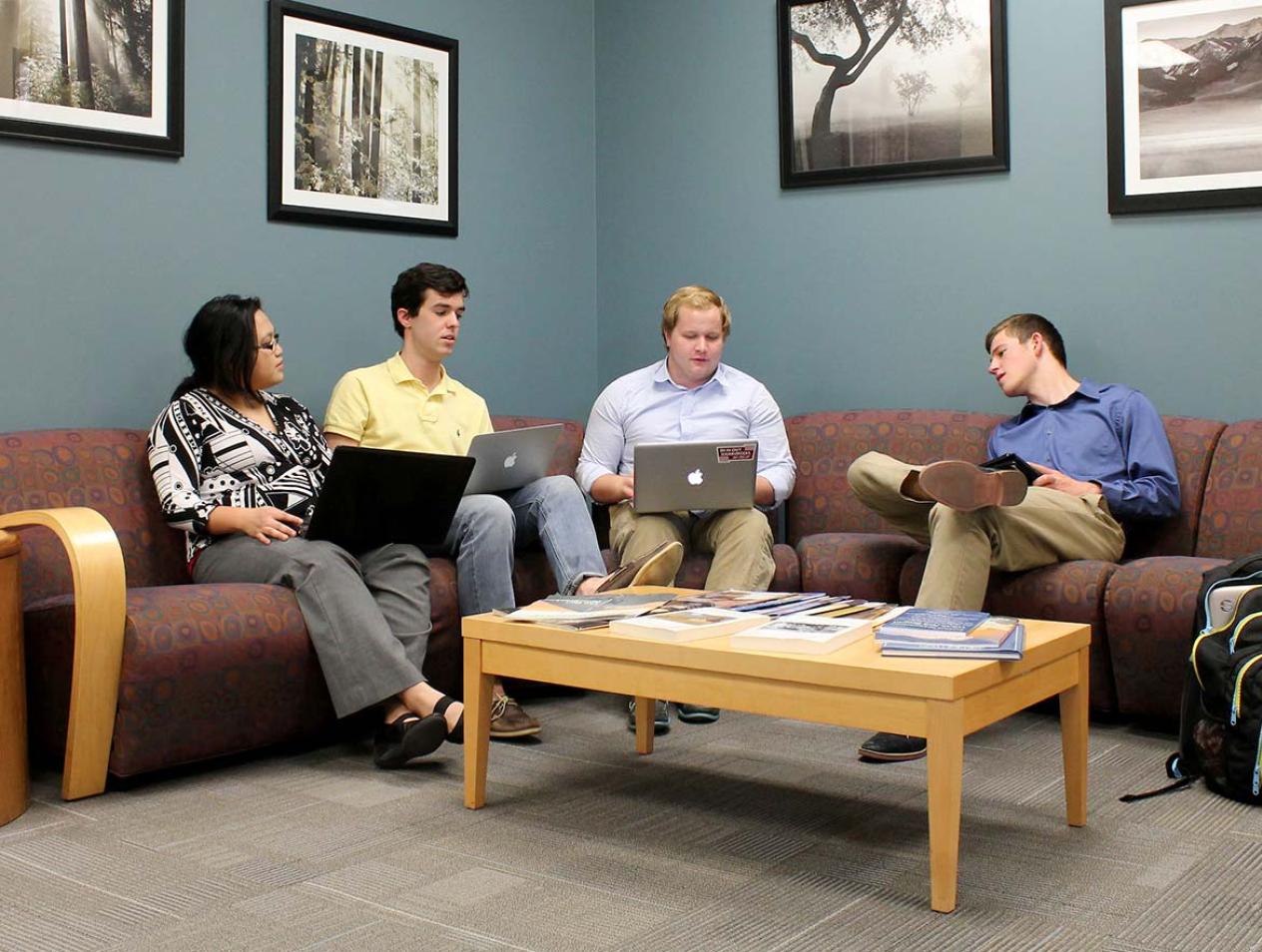 Alumni - Where are they now? 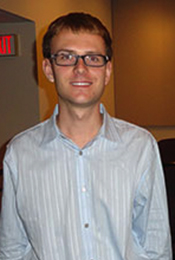 Filip Mazurczak is a translator, freelance, journalist, and historian. He is the author of many popular and academic texts which have been published in First Things, the Catholic World Report, Tygodnik Powszechny, Polin: Studies in Polish Jewry, and the Oral History Review, among others. Currently, he is pursuing a doctorate in history at the Jagiellonian University in Krakow, Poland; his dissertation deals with the underground press in German-occupied Krakow. 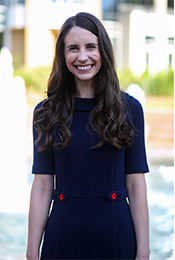 Claire Wolnisty earned a B.A. in history at Creighton University in 2010. Building on her work with interdisciplinary studies, a public history internship, and summer research at Creighton University, she completed a doctoral degree in United States history at the University of Kansas in 2016. After teaching at a regional state school for three years, she returned to a small, liberal arts college like Creighton, Austin College, in 2019. She teaches classes in United States history, the Civil War Era, Texas history, and Mexican American history. Her book, which draws on some research started in Creighton's writing for publication class, A Different Manifest Destiny: Southern Identity, Citizenship, and Survival in South America, is with the University of Nebraska press. 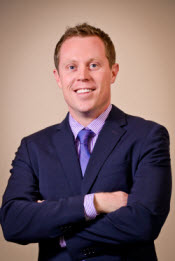 Matthew Atchison graduated in 2005 from Creighton University with a History degree. He is now an independent financial advisor in Omaha with Raymond James. His wife, also a Creighton grad, is a nurse practitioner at Children's Hospital and they have two children. Upon graduation Atchison decided to continue as a sales manager in the company he interned with as an undergrad student. Atchison worked a total of 10 years with the company (2002-2012) that trained and developed entrepreneurs. He was then presented with the opportunity to join one of the sister companies and open his own investment practice in Omaha. It's been a real joy and my experience at Creighton with developing relationships and serving others has been my central focus along the way, says Atchison. Atchison is excited to be involved in a number of organizations in Omaha, predominately O! Financially Fit, an organization he established to help guide families in Omaha toward achieving and maintaining financial wellness. 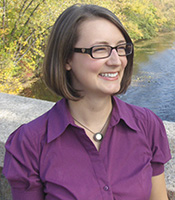 Kali Forbes den Heijer is the Program Coordinator at the Center for International Development at the Harvard Kennedy School where she provides support for grant proposals and financial reporting and human resources support for Research Fellows. Kali previously worked as a Program Manager and Finance Director at WorldTeach, an international education non-profit, sending volunteers to teach in developing countries. She also taught English for more than two years in China, helped design teacher training for secondary school teachers in rural Guatemala, and worked at a law firm in New Orleans. Kali has volunteered as the Communications Director for the small education non-profit Afghan Scholars Initiative, bringing Afghan high school students to study in the U.S. Kali received her Bachelor of Arts in History from Creighton University and her Master of Arts in Law and Diplomacy from the Fletcher School at Tufts University. 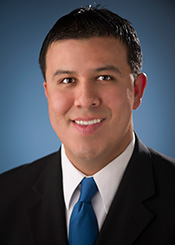 William Shakespeare famously wrote, "What's past is prologue" in his play The Tempest to describe the irony of previous events and their role in shaping current or future affairs. Having an understanding and appreciation of history has always been important to Renteria, from a cultural perspective and as a person looking to make a positive impact in the world. Studying History at Creighton University provided him with a well-rounded set of critical reasoning and analytical writing skills he relies upon each day.

Renteria's professional experiences since leaving Creighton have included classroom teaching, writing for the Smithsonian Institute, implementing programs at the Library of Congress, developing critical public relations messaging, and shaping and advancing key policy measures in coordination with Congress and the White House. Each of these tremendous opportunities has come with great responsibility and requires utilization of the big-picture thinking and long-term vision learned as a history major at Creighton. Renteria is extremely grateful to the faculty of the History Department and owes much of his access to opportunities and post-college success to being a History major at Creighton. Renteria currently works in the areas of Government Affairs and Public Policy on behalf of tribal governments and Native American communities at the federal level. 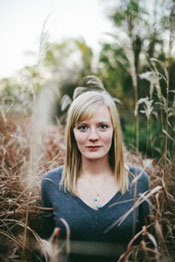 Jillian (Liesemeyer) Roger is currently the Middle School Social Studies teacher at St. Cecilia Cathedral Grade School in Omaha, NE. After graduating from Creighton University with degrees in History and American Studies in 2009, she joined the Magis Catholic Teaching Corps. This post-grad service program sent her to teach Social Studies in Spalding, Nebraska. Following her two years of service and Master's Degree in Education, she attended the University of Kansas to begin her graduate studies in History. One year later she returned to Omaha to begin teaching at St. Cecilia's. She is currently finishing her Master's in History at the University of Nebraska, Omaha where she will begin her thesis on women's involvement in the Trans-Mississippi and International Exposition held in Omaha, NE in 1898. 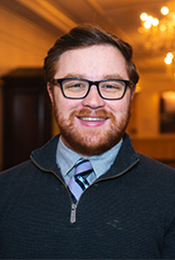 Alexander graduated from Creighton in 2014 with a degree in History, specializing in International Relations. He was inspired by his time at Creighton to pursue a career in Museums and in Non-Profits and in 2016, he received his MA in History Museum Studies, with a certificate in Science Museum Studies, from the Cooperstown Graduate Program in Cooperstown, New York. Since 2016, Alex has worked at Edith Wharton's home, The Mount, in Lenox, Massachusetts, and the John F. Kennedy Library Foundation in Boston, which supports the John F. Kennedy Presidential Library and Museum in programming and fundraising efforts. Currently, he works at the Boston Athletic Association, the non-profit organization which hosts the annual Boston Marathon, as the Salesforce Specialist. His passion for non-profits and museums has not dwindled, and he volunteers at local non-profit organizations like the Boston Public Market, whenever possible.

Britni (Thompson) Summers, originally from Flandreau, South Dakota, graduated with a B.A. in History from Creighton University in 2007. She credits Creighton?s history department for developing her analytical and writing skills, which have been essential to her accomplishments. After graduation, she worked as an AmeriCorps volunteer in her home state and took a position as librarian for a K-8 school in Porcupine, South Dakota on the Pine Ridge Reservation. She also taught library studies, led Drama Club, and drove a school bus. After working for AmeriCorps, she worked in both the financial and environmental services industries in South Dakota. These industries are heavily regulated by administrative agencies such as the Consumer Financial Protection Bureau and the Environmental Protection Agency, and she became passionate about regulatory compliance. Summers currently resides in Sioux Falls, South Dakota with her husband and son. She is a first year law school student at the University of South Dakota School of Law and plans to pursue her passion for Native American advocacy and regulatory compliance after graduation. This summer, she will complete an externship with the first female to serve as a federal district judge in South Dakota. 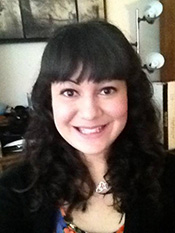 Isabelle Squires graduated from Creighton with a B.A. in History in the spring of 2013. She decided to take her interest in history to the next level and applied to graduate school for the following academic year. Northern Illinois University offered Squires a Foreign Language Area Studies (FLAS) Fellowship in Tagalog for two consecutive years through the Center of Southeast Asian Studies. This award included free tuition and a monthly stipend. In the summer of 2014 she received a summer FLAS grant, which took her to the Philippines where she spent the summer studying language, conducting thesis research, and traveling around the country enjoying new experiences, people, and places. Squires will graduate from the Master's program in History with a primary focus in Asian History, secondary focus on U.S. History, and a graduate concentration in Southeast Asian studies in May 2015.