Jason Beste, BS’03, MD’08, and his wife, Sara Franzen Beste, MD’09, (pictured above) had spent the last decade working with populations who are socially, economically and otherwise marginalized — in places ranging from the South Bronx to sub-Saharan Africa — when they finally found a home in Seattle.

“It took us a year to find a house in Seattle; the housing market was just so wild,” says Jason Beste, who had settled into his position as an infectious disease physician, researcher and director of multiple global health programs at the University of Washington School of Medicine.

The Bestes loved Seattle. Their work. Their community — a culturally diverse place to raise their 4-year-old son, who was born in Liberia. They were comfortable, content.

But, a month after closing on the house, the door to an intriguing new opportunity opened, at a place that also felt very much like home — Creighton University.

While the Bestes were setting roots in Seattle, a gift was giving rise to a new global health program for Creighton medical students in Phoenix and Omaha. And the program was in need of an executive director.

“Sara said, ‘You know what, Jason, you should just start the discernment process with this opportunity. Let’s be open-minded.’”

This is the most unique and innovative global health training program in medical education right now.
— Jason Beste, BS’03, MD’08

So, Jason began the interview process, and the Bestes began the very Jesuit process of discernment — a deliberate and thoughtful exercise to determine God’s call.

“It was one of the most challenging discernments Sara and I have had,” Beste says.

But it was also beautiful, enriching, he says. While uprooting their family and moving, yet again, would not be easy, they felt the Holy Spirit not only leading but gently nudging them.

Some six months later, in April 2022, Jason Beste was announced as the inaugural director of Creighton’s Arrupe Global Scholars and Partnerships Program — a $25 million initiative funded by an anonymous foundation gift to build a new, visionary global health training program for medical students grounded in health equity, global health decolonization, liberation medicine and Ignatian values. The program expands the traditional four-year medical school curriculum to a new five-year curriculum. It will enroll incoming medical students from Creighton’s Phoenix and Omaha campuses annually over the next 10 years, and graduates will earn both a medical degree and a Master of Public Health. The program is named for the Rev. Pedro Arrupe, SJ, founder of the Jesuit Refugee Service, who was deeply committed to justice and caring for people living in poverty.

Beste began his new role in July, welcoming the inaugural cohort of 12 first-year Arrupe scholars — six from Omaha, six from Phoenix — at an orientation in the Dominican Republic that same month.

While his new responsibilities will take him to points around the globe, he shares an office with his wife, Sara, at Creighton’s Phoenix health sciences campus, where she joined the School of Medicine faculty and supports the Arrupe Global Scholars program through curriculum development and student mentorship. The two form a unique combination of global health experience and passion — having both collaborated on projects in Malawi, Mozambique and Liberia.

“This is where our gifts and passions were being called,” Jason Beste says. “It just made sense. This is the most unique and innovative global health training program in medical education right now. To build a global health program from the ground up with amazing partners and collaborators is the greatest honor — to create a program with all the lessons Sara and I have learned.”

Lessons from a Jesuit Education

That includes lessons from their undergraduate Jesuit educations — Jason at Creighton, Sara at Boston College — where both took part in spiritual formation and service opportunities.

“My undergraduate experience was transformative,” Jason says. “It really opened my eyes to the structural injustices that exist in the world.”

A native of Minneapolis, who knew he wanted to be a physician since the age of 5, the undergraduate biology major and theology co-major was drawn by the Jesuit ideals of service and a faith that does justice — participating in service and justice trips to Pascagoula, Mississippi, and Chinle, Arizona, and other volunteer work locally.

He got involved with Campus Ministry. And, with several classmates, formed an intentional living community near campus, which they named Spirit of Peace, renting a University-owned house and sharing in service work, communal meals and reflections.

My undergraduate experience was transformative. It really opened my eyes to the structural injustices that exist in the world.
— Jason Beste, BS’03, MD’08

“Those classes were really eye-opening for me,” Beste says. “I still remember sitting in Dr. Kelly’s classes and seeing my calling in medicine unfold more clearly, combining social justice, Catholic social teaching and medicine into one entity. I just didn’t know how to do it.”

The “how-to” came into greater focus after graduation, when Beste did a year of postgraduate volunteer work on the Pine Ridge Indian Reservation in South Dakota, at the Jesuit-run Red Cloud Indian School. He describes living among the Lakota people as transformative.

“I was exposed to the personal and generational harm that can result from racism, cultural insensitivity and power imbalances,” he says. “It really heightened my desire to weave justice, equity and dignity into my future medical career.”

Between teaching, coordinating student events and driving a school bus on the reservation, he was introduced to a book by Pulitzer Prize-winning author Tracy Kidder, titled Mountains Beyond Mountains, which chronicles the life of Paul Farmer, MD, HON’17, a renowned infectious-disease specialist, and his work to bring care and equitable health systems to those who live in poverty.

“I read the book and couldn’t put it down. I remember thinking, ‘Wow, that’s it. This is what I want to do,’” Beste says.

He enrolled in Creighton’s medical school, where he met a kindred spirit in Sara. She also dreamed of using her medical degree to work with populations on the margins and was equally interested in global health. The two married in 2009. After medical school, the couple, individually and together, pursued further study and global medicine opportunities in Malawi, Uganda, Haiti, Mozambique, Liberia, Ukraine, New York City, Boston and Seattle. One of Jason’s greatest memories was working directly with Farmer — as medical director for Partners in Health in Malawi and Liberia and as an infectious disease physician in the Division of Global Health Equity at Brigham and Women’s Hospital and Harvard Medical School in Boston.

Farmer’s unexpected death in Rwanda in early 2022 sent shockwaves through the global health community, and — for those who knew him personally, such as Beste — the loss of a mentor and colleague was deeply palpable.

“Paul was not only my boss but became my close mentor and North Star, guiding me to see the structural injustices and health inequities that people who live in poverty face every day,” Beste says.

Beste now gets an opportunity to pass on that knowledge, experience and passion for global medicine to a new generation of Creighton medical students through the Arrupe Global Scholars and Partnerships Program.

This new approach to global health delivery is less about charity and more about justice. The program’s core is to learn how to accompany people and develop more just and equitable health care systems. “We just can’t go into a country or community and fix things,” he says. “Our role is to be present, to listen and to accompany.”

And for the Bestes, this move just feels right.

“It’s so great being back at Creighton. I feel like I’m back at home.”

Celebrating 50 Years in the D.R.

The Institute for Latin American Concern in the Dominican Republic, which has hosted thousands of Creighton health sciences and undergraduate students, including the new incoming group of Arrupe Global Scholars this summer, turns 50 years old this year.

Located outside the city of Santiago, the Centro de Educacion para la Salud Integral (CESI), or Misión ILAC, was founded in 1972. 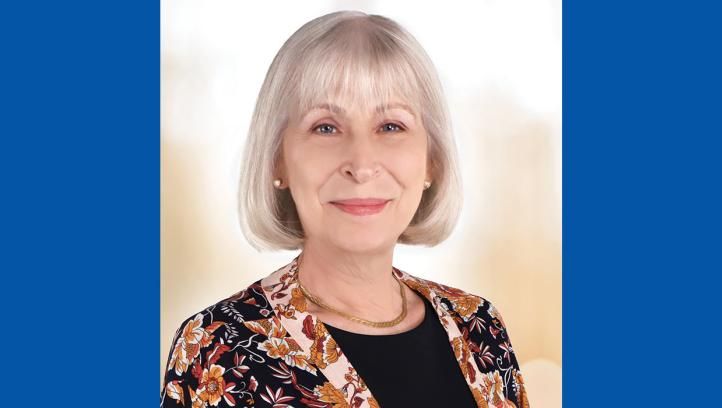 Amy Haddad, PhD, BSN’75, published a book of poetry, which draws on her firsthand experiences in health care.
Close Sidebar