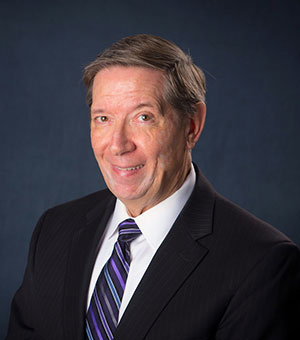 Teaching overseas has been a regular part of Dr. Sieberson’s career, and
he has been fortunate enough to lecture in Spain, the Netherlands,
Indonesia, Italy, Japan, Portugal, Serbia, Norway, the Czech Republic, and
Curaçao. In 2004-2005, the year before he joined the Creighton faculty,
he was a Fulbright Scholar at Comenius University in Bratislava,
Slovakia. In the spring semester of 2013 he taught at Carlos III University
in Madrid, Spain, and in the fall of 2018 he was a visiting professor at the
Catholic University of Uruguay in Montevideo, Uruguay.

Dr. Sieberson’s research and writing have focused on the constitutional
development of the European Union, as well as professional
responsibility and international business transactions. He is the author
of an innovative textbook called International Business Contracting –
Theory and Practice, now in its second edition. The book focuses on how
international business relationships are structured and documented, and
it is designed so students in different countries will have the opportunity
to negotiate and draft contracts for cross-border business transactions.

Prior to entering into his full-time academic career, Dr. Sieberson
practiced international business law for 25 years in Seattle, also
spending two years as an in-house legal adviser at a major bank in the
Netherlands. His practice involved international financing and other
transactions in Europe, Asia, and South America. From 1987 to 2003, he
served as honorary consul of the Netherlands for the states of
Washington, Idaho, and Montana, including a three-year period when he
led Seattle’s consular community as president of the Consular
Association of Washington. During his practice years, he was never far
from the classroom, and he regularly taught international and
comparative law courses as an adjunct professor in the United States and
abroad.

Dr. Sieberson is actively involved in the field of legal ethics. Besides
teaching professional responsibility to upper-level law students, he
serves as an expert witness in cases of legal malpractice. In addition, for
sixteen years he has served as co-chair of an annual ethics seminar for
the Omaha Bar Association. In 2022 the OBA awarded him the Robert M.
Spire Public Service Award in recognition of these seminars.

Outside his legal career, Dr. Sieberson is a backpacker and mountaineer
who has climbed peaks around the world. During his time in Seattle, he
was a member of Seattle Mountain Rescue and the Mountaineers. His
alpine activities have also included snowboarding and Telemark skiing,
and the mountains - any mountains, anywhere - are never far from his
thoughts. 2014 saw the publication of his first book on his mountain
experiences, The Naked Mountaineer – Misadventures of an Alpine
Traveler, published by the University of Nebraska Press. His second
travel adventure book was released by UNP in 2019 under the title Low
Mountains or High Tea – Misadventures in Britain’s National Parks. Dr.
Sieberson is now working with a publisher on his first novel, a story of
growing up in a strict religious community in the Sixties.