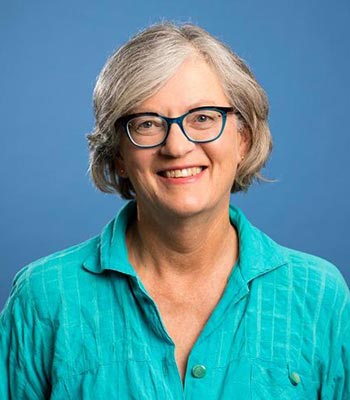 Professor Strand clerked for Judge J. Skelly Wright on the U.S. Court of Appeals for the D.C. Circuit and for Justice Byron R. White on the United States Supreme Court. Prior to joining the Creighton faculty, she taught at the Georgetown University Law Center and the University of Maryland School of Law.

Professor Strand was a Hewlett Fellow in Alternative Dispute Resolution and Legal Problem-Solving at the Georgetown University Law Center from 2002-2004. She was also the co-founder and principal of The Arlington Forum, a civic organizing initiative based in Arlington, Virginia, that worked with community institutions to broaden and deepen civic engagement in the area of schools, land use, youth, and government processes generally.

Professor Strand is Director of Creighton’s 2040 Initiative as well as Co-Founder and Research Director of Civity,  She is Affiliated Faculty at Stanford University's Institute for Research in the Social Sciences, and she has served as Chair of the University Network for Collaborative Governance.

“I get most excited - in teaching and in research - about issues that arise at the juncture of legal structures, cutting-edge conflict engagement and governance processes, and important current equity perspectives, including those that related to race and gender.”