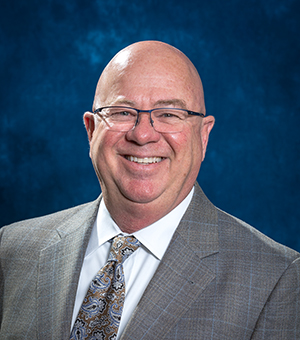 Dr. Walker graduated from Creighton University School of Dentistry in 1985. He joined the United States Navy as a dental officer in 1991 and is a veteran of Operation Desert Storm. In 1995 he returned to Omaha Nebraska to open his dental practice which in turn grew into a practice focused on comprehensive dentistry with a secondary focus on TMD treatment. During the time frame from 1995-2006, Dr. Walker also completed all of the continuums at the prestigious  LD Pankey Institute for advanced clinical dentistry.

In 2008, Dr. Walker sold his dental practice and joined the faculty at Creighton University School of Dentistry in the Department of Radiology with the title of assistant clinical instructor. In 2009, he was accepted into the graduate program of oral maxillofacial radiology at the University of Texas Health Science Ctr. San Antonio (UTHSCSA). Dr. Walker graduated from the program in 2011 with an MS degree in diagnostic science and a certificate in oral maxillofacial radiology. During his residency he was involved in 2 primary research projects acting as principal investigator. The first project was quality assurance for intraoral digital radiography in the private dental practice. The 2nd research project was the articular disk position as verified by MRI in known jaw positions.

After graduation from UTHSCSA, Dr. Walker rejoined the faculty and is currently employed at Creighton University School of Dentistry as an assistant professor and is the director of Oral Maxillofacial Radiology in the Department of Diagnostic Sciences. His current duties include the didactic, laboratory, and clinical instruction of dental radiology to undergraduate dental students. He also is involved with the Creighton University School of Dentistry Imaging Center where his primary duties are acquisition and interpretation of cone beam CT studies. His private practice has also grown to include a focus on TMJ imaging for the local region as well as across the country. He is also adjunct professor of radiology at the UNMC College of Dentistry.