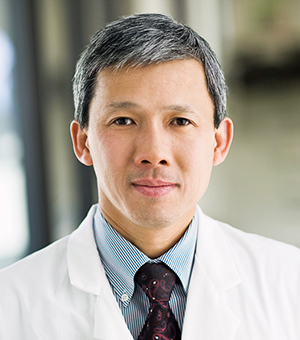 Dr. Nguyen obtained a B.Sc. at University of Toronto in 1985 with Distinction, and graduated with MD degree from McGill University in 1989. After 2 years of general surgery residency at McGill, he decided to pursue radiation oncology, which was completed in 1995. He did brachytherapy fellowship at 3 different institutions (MSKCC in NYC 1994, McGill University 1995, Long Beach Memorial Medical Center-UC Irvine 1995).
His expertise is in brachytherapy, SRS, SBRT, head and neck, sarcoma, gynecologic cancers, as well as prostate cancer.
His passion is in education of medical students, residents, fellows.