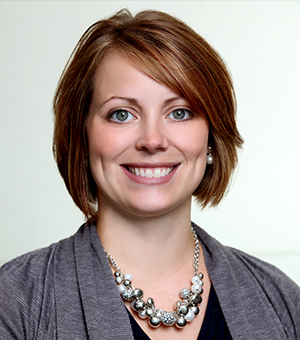 Amanda works as an assistant professor in the undergraduate nursing program. She joined Creighton in January 2013.
She serves as principle investigator on a number of research projects in her areas of interest, including interdisciplinary education, simulation, palliative care, and rubric development for reflective writing. Two of these projects – those related to her doctoral work in end-of-life simulation – are grant-funded. She also participates as co-investigator in a number of other research projects in the areas of interdisciplinary education/simulation and academic writing assessment, one of which is funded. Amanda currently serves as president-elect for the Iota Tau chapter of Sigma Theta Tau, and leads a number of task-force and project initiatives within the undergraduate baccalaureate program at Creighton University.
Amanda is a nominated member and chair elect of the Undergraduate Assessment and Curriculum Committee at Creighton’s College of Nursing, which is currently tasked with major curriculum revisions as it moves toward adoption of a concept-based curriculum. Amanda’s other relevant awards in nursing include the 40 Under 40 Nursing Leadership Award (2014), Positive Image of Nursing Award (2011) and Outstanding New Nurse Award (2006). Most notably, Amanda was named a Jonas Nurse Leader Scholar by the Jonas Center for Nursing and Veterans Healthcare at Villanova University School of Nursing. She is one of 425 doctoral students to be named to the 2016-18 cohort of Jonas Nurse Scholars. The Jonas Nurse Leaders Scholar Program aims to increase the number of U.S. nursing school faculty with doctorates. It supports nursing scholars with financial assistance, leadership development programs and networking support.