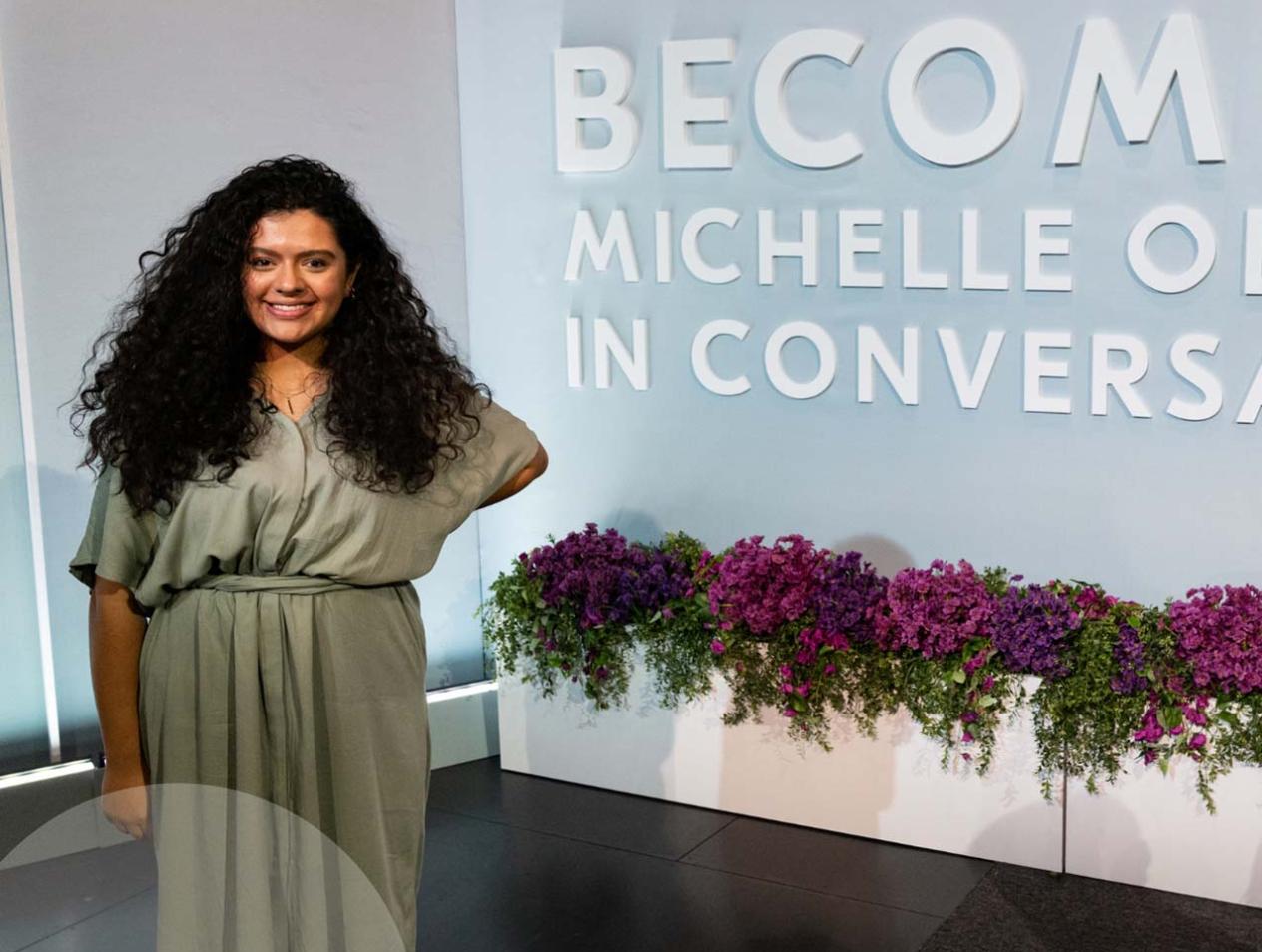 In fall 2021, the Kingfisher Institute was presented with an unexpected but thrilling opportunity to send a student to take part in a conversation between Michelle Obama and college students across the U.S.

This promised to be not only an opportunity to shine a national spotlight on Creighton, but also to highlight students who have been historically underrepresented in higher education, especially first-generation students and students of color. Mrs. Obama’s memoir, Becoming, focuses on these themes, on persevering through the pressures of being “the first” and “the only” in many situations. The Kingfisher Institute gave away 100 copies of the book, mostly to undergraduate students, to help spread the positive message while creating excitement around the event.

In close partnership with the Creighton Intercultural Center and TRiO Student Support Services, we sought applications from Creighton undergraduate students to identify one who would travel to meet Mrs. Obama. Out of about 50 applications, one rose to the top because of her active commitment to making Creighton a more inclusive community and a well-stated personal connection to Mrs. Obama’s journey. Leilani Hung, College of Arts and Sciences sophomore and Creighton Students Union (CSU) executive vice president, represented Creighton at the event, which was produced and broadcast by BET. Nearly 300 members of the Creighton community watched the livestream of the event in November 2021.

Hung returned to Omaha energized to begin her term in CSU and prioritize efforts of equity, diversity and inclusion. She is working with the Kingfisher Institute and Creighton Intercultural Center to host a series of dialogues in fall 2022 called “At the Kitchen Table.” This builds on a metaphor that Mrs. Obama used that resonated with Hung, of creating a close support network who you might, figuratively, collect around the kitchen table for important conversations.