Two Creighton graduate students in the PhD program in Pharmacology & Neuroscience are at the cutting edge of research in the cause and treatment of epilepsy. Both previously earned their master’s degrees in Pharmaceutical Sciences. Shruthi Iyer, MS’16 and Segewkal Heruye, MS’18, have been conducting their study in the Department of Pharmacology & Neuroscience in the School of Medicine. Iyer and Heruye recently presented papers that detail new understandings of one of the most common neurological disorders that affect people of all ages.

Shruthi Iyer, working in Kristina Simeone, PhD, associate professor’s lab, was awarded the best basic science paper of 2020 by the International League Against Epilepsy (ILAE). She presented the paper at an awards ceremony in Aug 2021 at the 34th International Epilepsy Congress.

Epilepsy is characterized by unpredictable seizures and can cause other health problems. As a teenager, Shruthi remembers that one of her friends from high school was diagnosed with epilepsy, or rather ‘fits’ as they called it, and she was prescribed a diet with ‘no cakes, no pastries, no sugar.’ “It really helped with her episodes, but at the time, I often wondered about the connection between brain disorder and this so-called diabetic diet,” she says. Shruthi noticed that two faculty members study how sugar and fat influence epilepsy. In addition, “when I joined Dr. Simeone’s lab, I was immediately interested in the correlation between sleep and epilepsy, and how sleep dysregulation and seizures form a vicious cycle in both epileptic patients and animal models alike.” Shruthi submitted an extensive review article on how metabolic therapies influence epilepsy and its comorbidities, including sleep disorders.

During this time, Dr. Kristina Simeone, PhD, associate professor, was starting to branch out in the field of sudden unexpected death in epilepsy (SUDEP). Shruthi’s Master’s project discovered that sleep problems and cardiorespiratory problems occur weeks before sudden death and may be a translational biomarker. After earning her MS degree, Shruthi continued working on this project as a laboratory technician. Starting this spring, she will finish it as a doctoral graduate student in the Department of Pharmacology & Neuroscience. With pride, Dr. Simeone explains just how important her findings are: “Shruthi’s research has exciting translational implications. Our clinical collaborators are now looking at the biomarkers that she discovered in her preclinical research, in their epilepsy patients who are considered high risk for SUDEP.”

Segewkal Heruye, MS’18, is in his 4th year of the PhD program in Pharmacology & Neuroscience. He is performing his dissertation research investing learning and memory problems, or cognitive dysfunction, associated with epilepsy under the mentorship of Timothy Simeone, PhD, associate professor. “Not all types of epilepsy have cognitive dysfunction, but in those that do, the impact on quality of life is significant,” Dr. Simeone says. “Little is understood about this condition, and treatment is lacking. Segewkal’s research is fascinating. He has discovered how different things we eat influence our ability to think and remember. His research has the potential to have a real impact in this area.”

Segewkal was awarded a pre-doctoral research fellowship from the American Epilepsy Society (AES). The AES awards research grants and fellowships to early-career scientists committed to studying epilepsy. Segewkal’s award was for a proposed project titled “Targeting ROS-dependent synaptic dysfunction and cognitive deficits in TLE.” This award included a one-year $30,000 stipend and membership to the American Epilepsy Society.

“My training along with pharmaceutical industry experience have laid down the passion and foundation for me to pursue research in pharmacotherapeutics. Equipped with these, I aspire to be part of the solution and do my part in the development of innovative treatments that tackle global health-related issues,” Segewkal says.

AES research dollars support trainees, fellows, and newly independent investigators working across the full spectrum of epilepsy research, from basic science through translational and clinical study for all types of epilepsy, seizures, and related conditions.

The Department of Pharmacology and Neuroscience at Creighton University School of Medicine provides a rich environment for research that is strengthened by collaborations with other basic science and clinical departments in the health sciences and undergraduate schools at Creighton and other universities around the world. 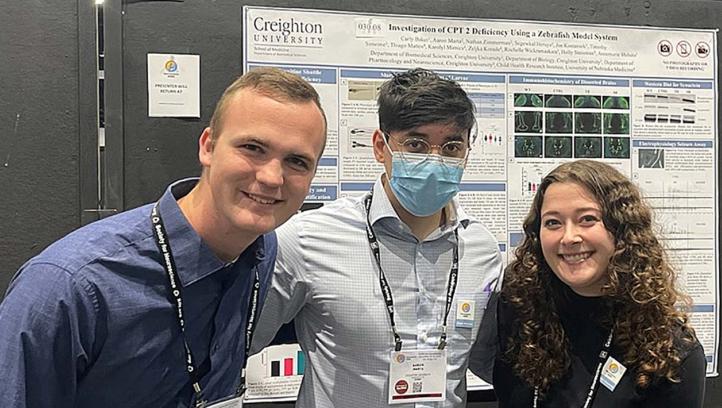 At the world’s premier neuroscience event, Creighton students presented research, discussed ideas and heard from leaders in the field. 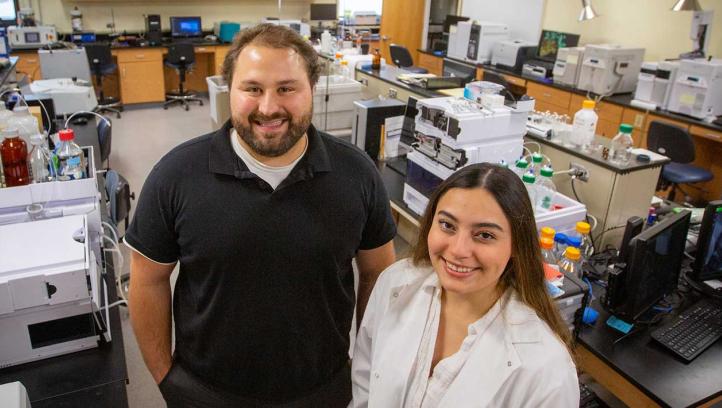 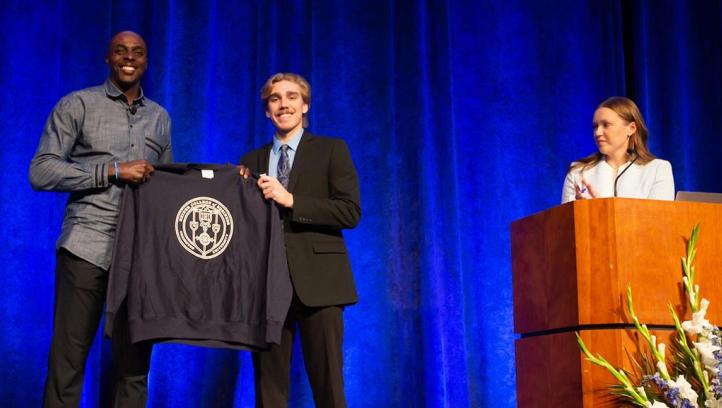