Hamilton: From History to Broadway

The duel was set. Aaron Burr and Alexander Hamilton would face each other in a duel on July 11, 1804. Or at least, that’s how it’s depicted in the mega-popular, Tony-winning musical Hamilton.

Hamilton and Burr, longtime rivals, famously settled their feud by walking 10 paces, turning and firing. Hamilton threw away his shot. Burr fired true, striking Hamilton in the ribs and killing him. In the musical, it’s played for maximum dramatic effect with Burr lamenting his role in Hamilton’s death — in song, of course.

Though the famous musical depicts the duel in grand fashion, it’s not far from the truth.

Dueling was a fairly common, if not legal, practice at the time, as Raneta Mack, JD, holder of the Skinner Family Professorship in Law, recently explained in a virtual campus talk called “Hamilton: From History to Broadway.” Attended by about 70 people, the talk was conducted via Zoom and also offered perspectives from Ngwarsungu Chiwengo, PhD, professor of English, and Simon Appleford, PhD, assistant professor of history. The event dove into the historical and cultural context surrounding Alexander Hamilton and the events that inspired the Broadway sensation.

Mack researched dueling for her book Comparative Criminal Procedure: History, Processes and Case Studies, and she found the origins of dueling dated back to the Middle Ages when people needed a private way to solve legal disputes.

“People would actually go out there and duel,” Mack said. “There was a religious overtone: The person favored by God would prevail.”

“It was defending what the law could not defend, one’s sense of personal honor,” Mack said.

The first recorded American duel was fought in 1621 by Edward Doty and Edward Leister of the Massachusetts colony, according to PBS’s history of dueling. Doty and Leister used swords, and both men left the fight with minor wounds.

Interestingly, Doty and Leister were servants, not wealthy. Dueling was more common among society’s upper class, Mack said. It was quite an elite thing to resolve personal insults and slights by shooting at each other. 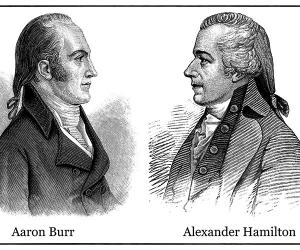 Hamilton’s desire to be considered high class may have led to his untimely demise. He came to the United States from the Caribbean island of Nevis and had little money or connections. Dueling offered him a way to elevate his status in society and show he was part of the upper crust.

“He was frequently challenging people to duels,” Mack said. “He had somewhat of a hot temper, insulting others or being quick to take insult. He always had duels in his calendar.”

Even then, dueling was against the law, Mack said, but the upper-class people who were dueling were not concerned with enforcing the law against themselves.

Though Hamilton and Burr were perhaps the most famous participants in a duel, they were far from the only notable Americans to participate.

U.S. senators, naval men, congressmen, newspaper editors and even a signer of the Declaration of Independence (the not particularly well-known Button Gwinnett) were all involved in duels. In his early political career, Abraham Lincoln apologized just before entering into a duel, thus ending the fight, and Andrew Jackson was a formidable dueler and had a bullet lodged in his body from a duel before he was president, according to the Smithsonian.

Guns, typically large-caliber flintlock pistols like those used by Hamilton and Burr, were commonly used because many American men owned them, according to PBS, but due to misfires and the low accuracy of flintlock pistols, the chances of dying in a duel were low.

These days, dueling is against the law everywhere in the United States. Some jurisdictions have specific statutes outlawing duels, but even without specific dueling laws, injuring, assaulting or killing someone is illegal.

“You’re certainly welcome to challenge someone to a duel, but it’s not legal anywhere. Occasionally in trials, people will ask the judge if they can resolve it by dueling,” Mack said.

“So far judges have not allowed that,” she added, laughing. “People fight things out on Facebook now.” 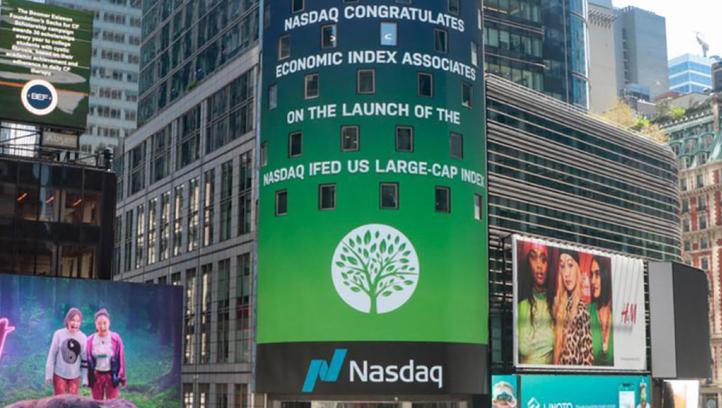 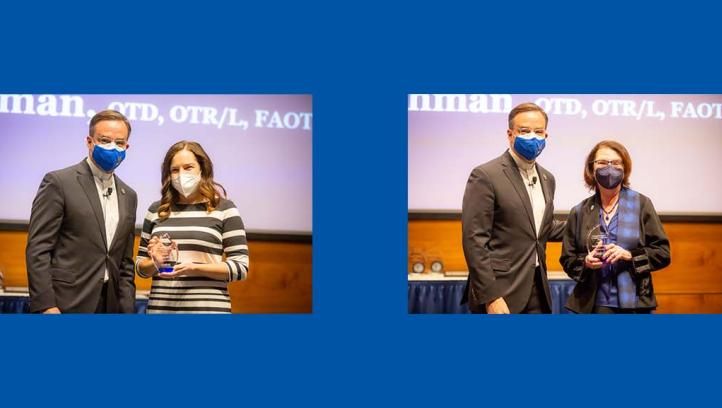