Designed as an expression of the University’s commitment to becoming an anti-racist institution, the series gave voice to both immigrant and native-born African American authors who addressed issues ranging from adapting to life in the United States, practicing medicine, life in Jim Crow America, and how racial caste has shaped American culture.

The first lecture was delivered Feb. 9 by Edwidge Danticat (pictured above), who is the author of numerous books. Born in Haiti, she immigrated to the U.S. at the age of 12.

Danticat called for grace in human relationships as people move beyond the prejudices of the past and for unity as America continues its journey toward racial justice.

“Racial healing has to be more than an idea,” she told an audience at the Hixson-Lied Auditorium, and others watching online. “We certainly have to have some difficult conversations, but everybody has to feel that they literally have skin in the game.

“I don’t think that an unjust world serves anybody, so it has to be something that we are in together, going back to the basic humanity of people.”

Associate professor of psychiatry at Duke University School of Medicine, Tweedy authored the bestselling Black Man in a White Coat: A Doctor’s Reflections on Race and Medicine, which describes the health challenges facing Black Americans and how their care is conducted in a world composed largely of white medical professionals.

Meeting those challenges, and his role as a Black physician, led Tweedy on what he describes as “an intellectual and emotional journey” that he shared with his audience.

Novelist Colson Whitehead spoke March 1. Whitehead has twice won the Pulitzer Prize for Fiction, placing him in the company of Booth Tarkington, William Faulkner and John Updike. He is also the winner of the National Book Award.

Whitehead is the author of The Underground Railroad, which chronicles a young slave’s travels as she pursues freedom in the antebellum South. He also authored The Nickel Boys, a Pulitzer Prize-winning novel about two boys unjustly sentenced to a cruel reform school in Jim Crow-era Florida.

Rounding out the series was Isabel Wilkerson, who spoke March 22.

Wilkerson, winner of the Pulitzer Prize and the National Humanities Medal, is author of the New York Times bestsellers, The Warmth of Other Suns: The Epic Story of America’s Great Migration and Caste: The Origins of Our Discontents.

The Warmth of Other Suns was the fruit of 15 years of research involving more than 1,000 interviews of African Americans who migrated from the American south during the Great Migration years of 1915-1970.

In Caste, Wilkerson describes eight pillars that she believes underlie caste systems across all civilizations and how they have impacted the lives of Black Americans.

Wilkerson, a native of Washington, D.C., is the daughter of a Tuskegee Airman who, like her mother, traveled north during the Great Migration. She describes herself as part of a movement of African Americans who have chosen to return to the South after generations living in the North. 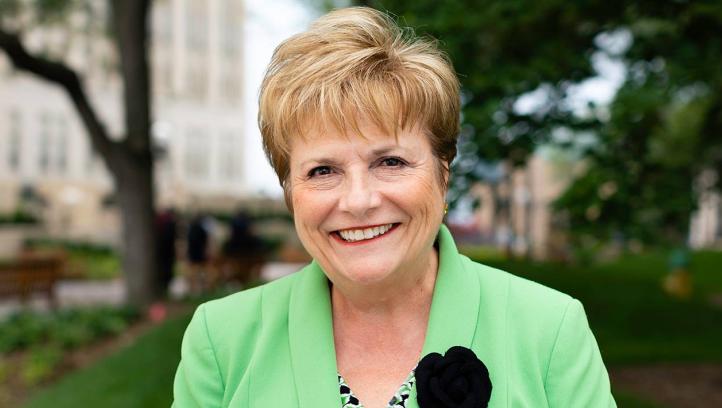