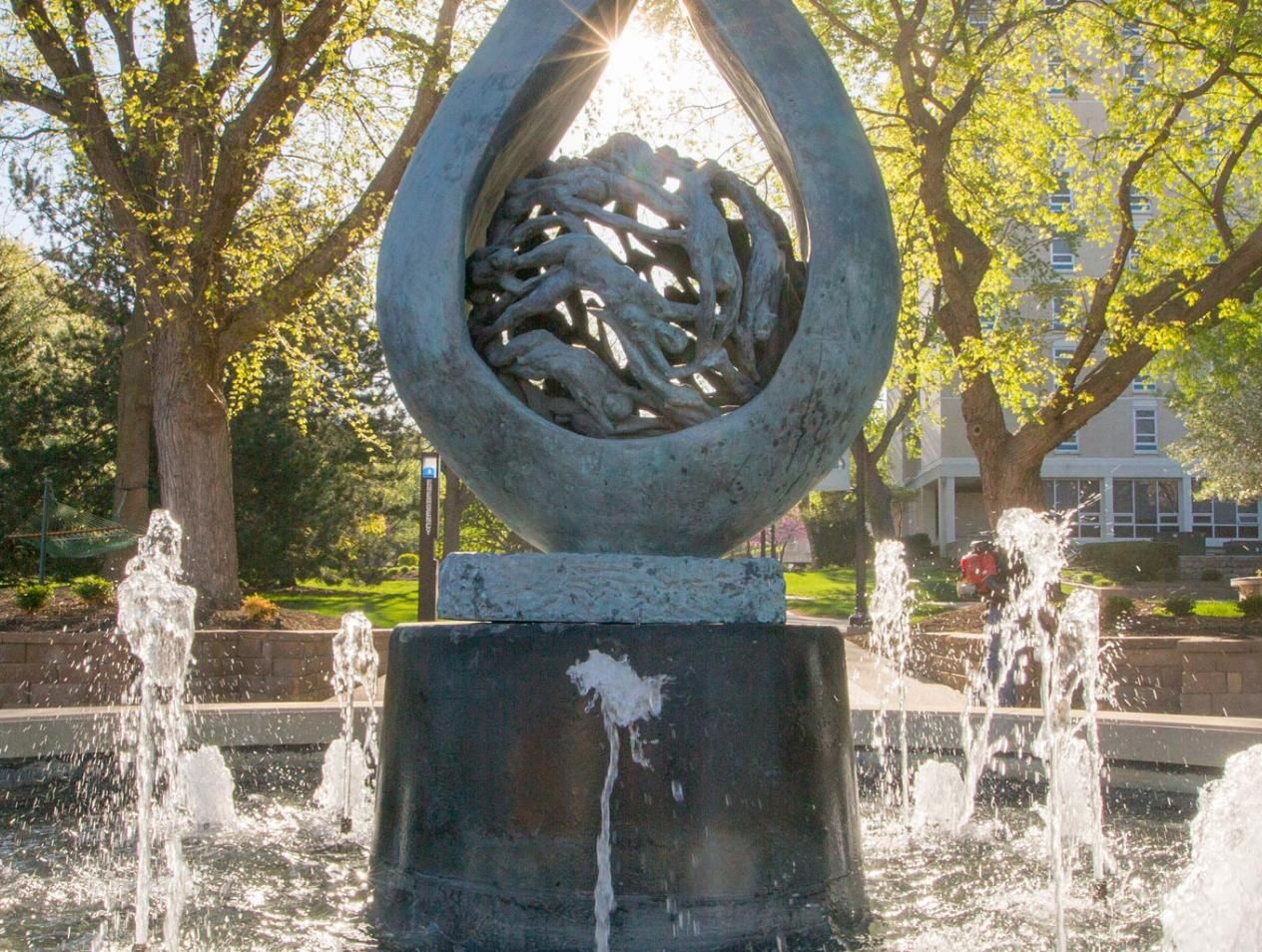 John Horsechief: 'I have nothing' — One man’s journey from addiction

John Horsechief’s journey from homelessness and opioid addiction has made him profoundly honest.

“I was giving all my time and effort to finding pills,” he says. “In the beginning, I was able to get them from my doctor, but when that was no longer possible, I started buying them on the street.

It is hard to imagine that troubled John Horsechief today. He is in good spirits, married, the father of four beautiful children, employed on the development team at Omaha’s Open Door Mission — a homeless shelter where he once lived — and is about to graduate with a Bachelor of Science in Leadership degree from Creighton University.

He recently gave the invocation during his induction into the Creighton chapter of Alpha Sigma Lambda, an honor society that supports adult learners earning an undergraduate degree.

The downward spiral started some six years ago when Horsechief, 30, twisted his knee and was prescribed an opioid painkiller. Before that, he said, he was achieving acceptable grades at a Kansas college, but when the addiction took hold he could no longer keep up. Eventually, he was expelled for owning drug paraphernalia and ended up in a homeless shelter in Lawrence, Kansas.

“I won’t try to sugarcoat it, the drugs felt great,” he says. “That’s why my addiction spiraled, because I wanted that feeling all the time. It got to where I would have horrible withdrawals if I tried to get off the pills, throwing up every day. It got so bad that I was taking anywhere from 60 to 65 pills a day.”

It was a descent into addiction that would plague every aspect of his life, especially after moving to Omaha with his newlywed wife, Tabitha, who knew nothing of his troubles and often wondered why there was so little money in their bank account given that John was employed as a security officer. But truth will out, and when his unconcealable addiction cost him his job and his wife’s trust, though not her loyalty, he entered a recovery program at the Open Door Mission.

I want to advance academically as best I can, and give myself and my kids the best opportunity.
— John Horsechief

“I had actually been praying about it,” he says. “I told God, I said, ‘I have nothing in my power that will let me change. I don’t want to change. Change me if you can, because I have nothing.’

“It’s like the Lord orchestrated the whole thing, because the next day I was in the New Life Recovery Program at the Open Door Mission, and the rest is just kind of history.

“A lot of the teachers there have themselves been through addiction, so everyone knows your struggle. They balance sternness and gentleness. An addict needs both. They call you out when necessary. Specifically, for me, they called me out for lying. I think that was the biggest thing that was corrected for me in the program.”

After completing the program, Horsechief decided to pursue higher education, but here, too, he had to confront himself.

“I told my wife I wanted to go to a school that would accept low grades, just to get a degree,” he says. “But then I realized that was part of my problem — having low expectations for myself. So I said, ‘No, I am going to find the best school in Nebraska,’ and that was Creighton University.”

He had, he said, heard “amazing things” about Creighton.

“I want to advance academically as best I can, and give myself and my kids the best opportunity,” he says. “It was really just a mindset change of not selling myself short and going for the best. So I got my grades up, applied, was accepted and I will graduate this coming spring.”

He and Tabitha now have four young children, and Horsechief says they, not opioids, have full claim on his life, a reflection of his own childhood, which he describes as happily spent with parents and step-parents.

“Having my kids grow up, as I did, with a dad in the house and both parents, that just matters so much to me now,” he says, “to be an example to them.”