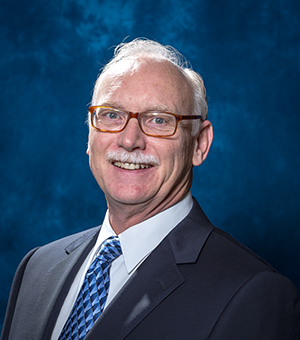 After receiving his undergraduate degree in biology from Creighton University, Omaha, Nebraska, Dr. Durham obtained his dental degree from the University of Nebraska Medical Center (UNMC) College of Dentistry, Lincoln, Nebraska.  He subsequently completed a general practice residency at UNMC’s Omaha campus, where he was encouraged to pursue a career in academics.  Over the next 22 years, Dr. Durham provided dental care in the hospital environment while serving as director of the residency program from which he received his training.  Experiences gained in the hospital environment and interactions with fellow health care providers led to an appreciation for interprofessional education and the synergy between oral and systemic environments.  During this time, Dr. Durham became actively involved in UNMC’s faculty development initiatives serving as co-director of the iLead program for over 12 years.  Additionally, he helped to establish the Interprofessional Academy of Educators which inducted its inaugural class in the fall of 2016.

Dr. Durham obtained his MPA degree from University of Nebraska at Omaha (UNO) in 2007 and served as Chair of the Department of Hospital Dentistry from 2006 to 2010.  In 2010, he transitioned into dental administration taking on responsibilities as Assistant Dean for Patient Services and Quality Assurance Officer.  Dr. Durham returns to Creighton to serve as a Senior Associate Dean/Vice Dean for the School of Dentistry.