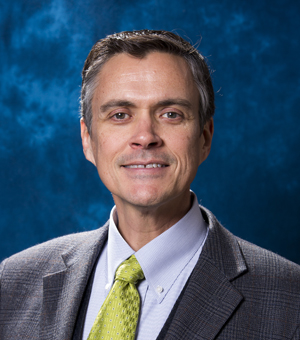 Frederick Hanna is Professor of Music and Interim Chair of the Fine and Performing Arts Department at Creighton University where he conducts the Creighton University Symphonic Band.  Dr. Hanna holds degrees from the University of Arkansas, Northwestern University and the New England Conservatory of Music in Boston.  Premieres of his first three symphonies took place on the Creighton campus and he has conducted the first two in China at the Nanjing University of the Arts, Nanjing, China.  He recently completed his First Piano Concerto which was premiered on campus and at the Hoff Center for the Performing Arts in Council Bluffs, IA.  Additionally, Hanna recently composed "A Creighton Exhibition" celebrating the 50th Anniversary of the Fine & Performing Arts Department at Creighton University and his "Processus de Facundia-March No. 2" for the ceremony inaugurating the Rev. Daniel Hendrickson, S.J., Ph.D., as 25th president of Creighton University, and also premiered "An Ignatian Saga" about the life and travels of Saint Ignatius.  His compositions are available exclusively from Aux Arcs Music, Fayetteville, Arkansas. www.auxarcsmusic.com