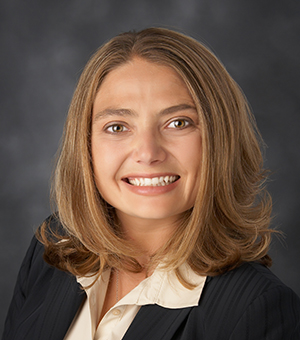 Dr. Kinnan is a proud Nebraskan who grew up in the Omaha area. She attended the University of Nebraska in Lincoln for her undergraduate studies and participated in the Humanities in Medicine scholarship program, completing a major in Psychology and a minor in Spanish. She spent a semester abroad in Xalapa, Mexico, where she fell in love with learning about other cultures. During medical school at the University of Nebraska Medical Center, she organized Spanish courses, participated on medical mission trips, and was also the president of the psychiatric interest group. She has served as an associate chief resident and chief resident for the combined Creighton University and University of Nebraska Medical Center Psychiatric Residency Training Program.

Her professional interests include medical student education, Hispanic mental health care, treatment of ADHD, and clinical research in schizophrenia. In her free time, she plays sand volleyball, coaches a six-year-old girls’ soccer team, and stays involved in her church.