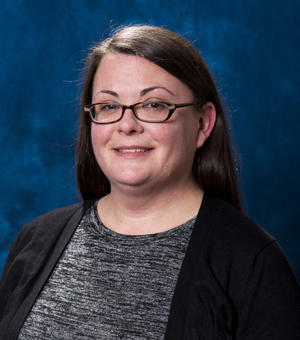 Amy Nelson is active in the Omaha Arts community, specifically through her work with the Creative Workshops at the Siena/Francis House Homeless Shelter and as a member of the Union for Contemporary Art's Board of Directors. Amy was a Mentor in the Joslyn Art Museum's Kent Bellows Mentoring Program from 2010-2017. For her work with young artists in this program Amy received the 2015 Midlands Mentoring Partnership (MMP) Mentor of the Year. Amy has exhibited her work in numerous exhibitions across the US and been an Artist in Residence at the Watershed Center for Ceramic Art in Newcastle, Maine and The Vermont Studio Center in Johnson, Vermont. Amy has given lectures, demonstrations and hosted workshops on the American Craft Movement and the role art plays in civic engagement. Amy received her BFA from Creighton University in 1997 and her MFA from East Carolina University College of Fine Arts and Communication School of Art & Design in 2002. Currently Amy is an Associate Professor of Fine Art and the Director of the Scheerer Scholars in the Arts program at Creighton University, teaching courses in Ceramics and Art and Civic Engagement.

As an artist I align myself, and my work, within the tradition of functional crafts and the concept of being-in-the-world. My work ranges from functional ceramics to concept driven “functioning” installations. Whatever form the work takes I continue to apply the underlying principle of artistic practice as a vehicle for social and political change. My current body of work explores the cultural importance of both preserving and creating a collective heritage, and stems from the belief that handcrafted objects gain meaning from their relationship to personal use. The objects become an extension of personal identity, which comes from the idea that they are held, cared for, embraced, exchanged, learned from, and handed down; they are objects of experience.