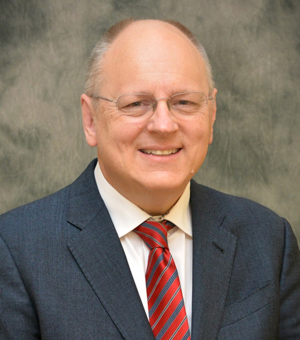 Dr. Craig H. Rabb MD is the founding chair of the Department of Neurological Surgery.  A board certified neurosurgeon (www.abns.org), Dr. Rabb was born and raised in southern Oklahoma.   After attending the University of Oklahoma in Norman, Dr. Rabb went on to study at the University of Oklahoma College of Medicine in Oklahoma City.  When he graduated in 1988, the OU College of Medicine Dr. Rabb received the L.J. Moorman Award, given each year to the top graduating student.  He was also president of the Alpha Omega Alpha Honor Society, a position held each year by the student who graduates first in his class.  Following medical school, Dr. Rabb completed residency in Neurological Surgery at the University of Southern California, in Los Angeles.  During this time, he also served as a visiting scientist at the Laboratory for Experimental Brain Research at the University of Lund in Sweden, from 1993 to 1994, having been awarded an American-Scandinavian Foundation fellowship.

In 1995, Dr. Rabb was appointed Assistant Professor of Neurological Surgery at the Oregon Health Sciences University, where he was named Chief of the Division of Cerebrovascular Surgery.  Three years later, Dr. Rabb moved to Denver, where he became Chief of the Division of Neurosurgery at Denver Health Medical Center.  During that time, Dr. Rabb was promoted to the rank of Associate Professor of Neurosurgery at the University of Colorado School of Medicine.  In 2008, Dr. Rabb was recruited to join the faculty at the University of Oklahoma, where he was promoted to Full Professor, and he later spent time at the University of Utah, prior to joining CHI and Creighton as Chair of Neurological Surgery.  An author of over 100 publications in the neurosurgical literature, Dr. Rabb is experienced in the care of both brain and spinal disorders. Dr. Rabb is an avid fly fisherman and life member of Trout Unlimited.  Dr. Rabb’s areas of clinical and research focus are in the areas of Functional Neurosurgery including Deep Brain Stimulation/Focused Ultrasound, Trigeminal Neuralgia, and Neurotrauma/Spinal Trauma.