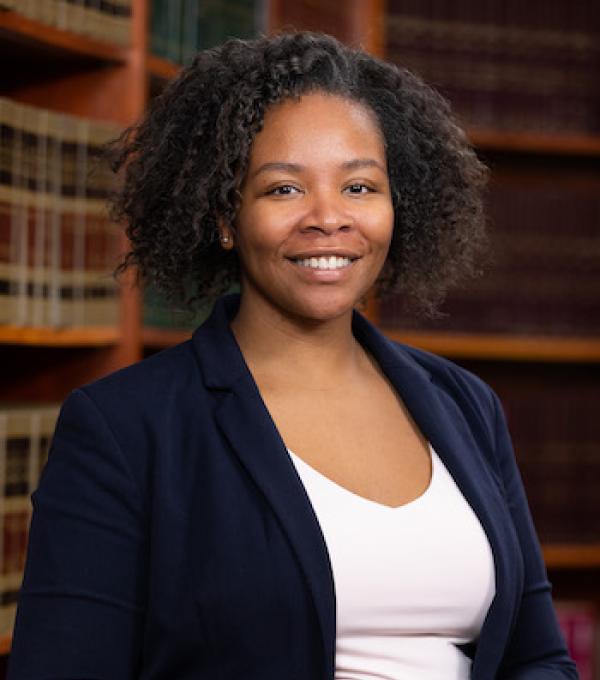 Yvonnda Summers, JD is Creighton University School of Law’s Associate Dean of Student Affairs, Equity, Diversity, and Inclusion. She is an Omaha native of Nebraska and was a practicing attorney for 8 years in criminal defense before she joined the school in June of 2022.
She attended Creighton University for her undergraduate, where, she joined the historically Black service sorority of Delta Sigma Theta Inc. and became the President of the African-American Student Association (CUASA) until she graduated in 2011. She continued to Creighton School of Law where she won top awards in Juvenile Offender Law, travelled nationally with the Law School’s Mock Trial Team, represented her class as the commencement speaker for graduation and was awarded for her outstanding service to the community in 2014.
As a young attorney, she became even more impassioned to serve the indigent community and to better the criminal justice system as a whole. She moved to Virginia where she became a public defender in the city of Portsmouth taking on high profile cases. Yvonnda was integral in establishing the Mental Health Court and served the juveniles of the city when the Commonwealth were seeking to enhance punishment to adult terms.
Always wanting to serve her hometown, she moved back to Omaha in 2020 where she joined the Douglas County Public Defender’s Office. She continued to use her skills from her life experiences to serve the low-income, under-represented juveniles, parents in cases of custodial removal and adult felony cases. Every day she was an activist in the courtroom arguing for fair treatment, upholding the Constitution, and giving a voice to those who need to be heard in the justice process.
Close Sidebar