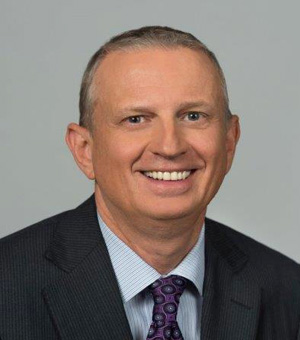 Robert R. Johnson, PhD, CFA, CAIA, is a Professor of Finance at Creighton University's Heider College of Business.  He is also Principal in Economic Index Associates.  Until April 2018, he was President and CEO at The American College of Financial Services in Bryn Mawr, PA.  He was formerly Senior Managing Director at CFA Institute in Charlottesville, VA and was responsible for all aspects of the CFA Program for the majority of his 15-year tenure.  In 2013, he received the Alfred C. "Pete" Morley Distinguished Service Award from CFA Institute in appreciation of his leadership, stewardship and outstanding service.

Prior to joining CFA Institute, Bob was a Professor of Finance at Creighton University from 1984 through 1996.  Bob won several teaching awards and in 1994 received the university-wide Robert F. Kennedy Award for Teaching Excellence.  He has over 80 refereed articles in leading finance and investment journals.  His publications have appeared in the Journal of Finance, Journal of Financial Economics, Journal of Portfolio Management, and the Financial Analyst Journal, among others.  He has been quoted in The Wall Street Journal, Financial Times, Barron's, Forbes, Globe and Mail, and The South China Post, among others.  He has appeared numerous times on ABC World News, Bloomberg TV (Europe and US), CNN, and China Business News, among others.  He is a regular contributor on El Mercurio (Chile) and The Hill.  Bob has served on the board of RS Investments, a San Francisco-based investment management firm and on the board of The Virginia Institute of Autism.