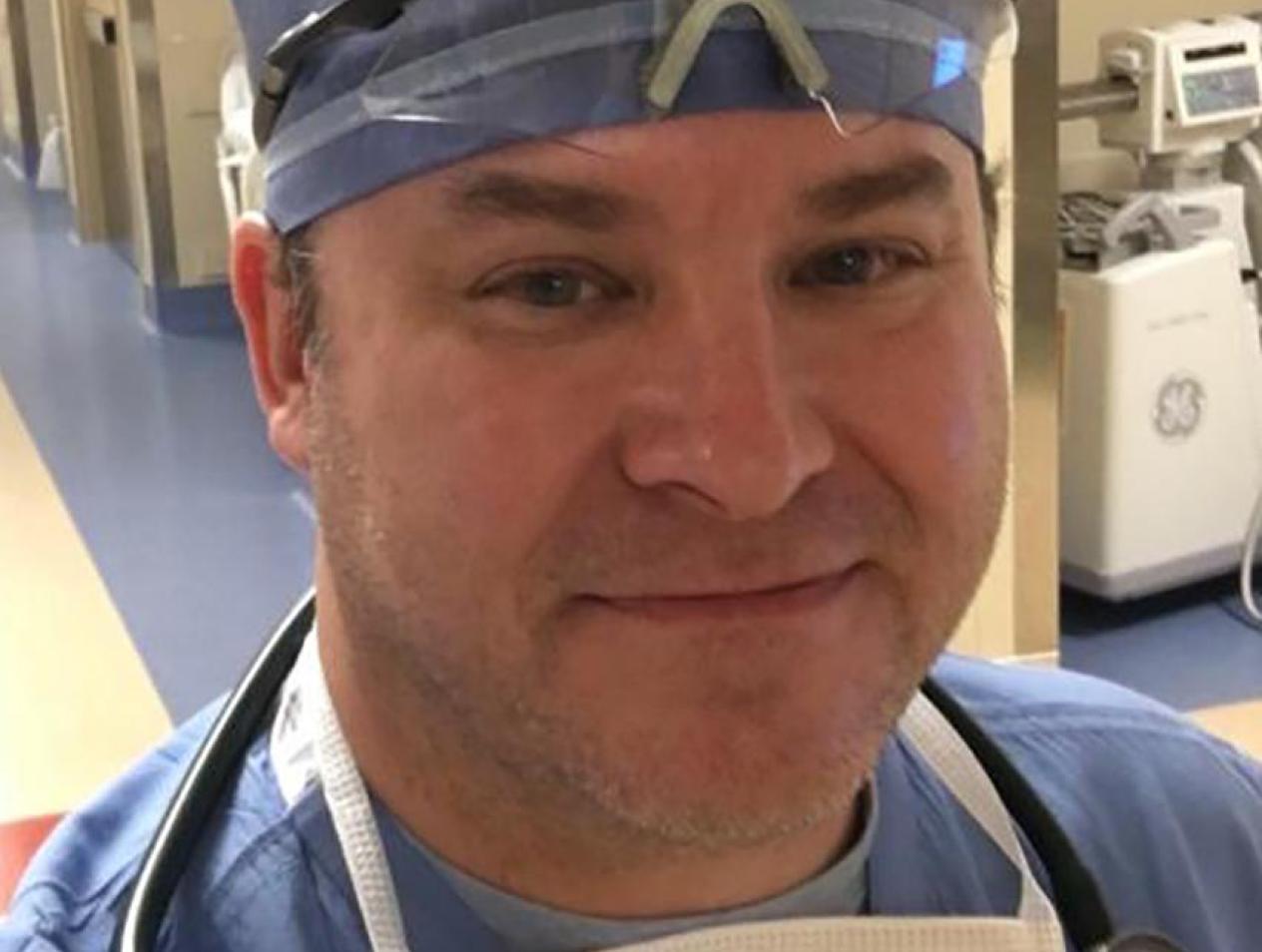 He’d been thinking about pursuing an MBA for a while, and when Joe Billig found Creighton’s Executive Healthcare MBA, he knew it was the right choice thanks to the flexibility of the programming and Creighton’s reputation.

As an Omaha native and Creighton Prep graduate, Joe Billig, MD, was familiar with Creighton University. He wasn’t so familiar, however, with the Heider College of Business’ newly launched Executive MBA in Healthcare Management (EMBA) program until he started researching healthcare MBA programs and found it was the perfect fit for the busy Colorado physician.

“I chose Creighton because of its academic reputation,” Billig says. “I also appreciated the flexibility that the program afforded the students.”

Billig graduated from Tulane University with a BSE in biomedical engineering. He returned to his home state to attend medical school at the University of Nebraska before pursuing a specialty in anesthesiology from the University of Illinois-Chicago. Now, he is a regional medical director with Colorado Permanente Medical Group, comprised of 1,200 physicians of Kaiser Permanente Colorado, in Denver.

So, yes, flexibility in a healthcare MBA was a must.

Creighton’s EMBA was designed to accommodate busy professionals throughout the nation, says Laurie Baedke, FACHE, FACMPE, director of Healthcare Leadership Programs and program director of the Executive MBA in Healthcare Management. It is an 18-month hybrid program that blends on-campus and online learning and includes four, four-day residences at Creighton.

The distance learning aspect of the program was more than manageable for Billig, who says his hour flight from Denver and Creighton’s proximity to the airport made the residencies doable. Besides, he continues, he enjoyed meeting his fellow classmates.

“The program content is quite interesting,” Billig discovered, but “the biggest reward is learning from the collective experience of the other students in my cohort.”

Billig was a member of the program’s inaugural cohort, which drew extensively from the Omaha community. But as word of the EMBA spread, so has the program’s reach; over 70 percent of the students in the second cohort in 2018 came from states other than Nebraska.

Increasingly, physicians and other health care professionals are expected to take on administrative roles despite the fact that their educational backgrounds have focused on science, not business. The EMBA gives them the foundation to be successful in these new roles.

“I would like to be able to communicate with administrators on their level, and I believe that the EMBA will help with that aspect,” Billig says.

While he knew he would gain a new skill set when he enrolled in the EMBA program, one aspect of the program surprised him.

“I told a colleague recently how much I have been impacted by the Jesuit values associated with this program,” Billig says. “I thought that I might be too jaded by this point in my career, but the impact of the Jesuit focus on ‘others’-centeredness’ has been significant for me.”

His advice to fellow physicians and healthcare professionals considering an advanced business degree?

“I procrastinated for about 10 years thinking about an MBA,” says Billig. “My only regret is that I didn’t start this earlier.”