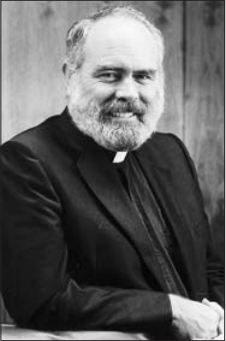 Michael G. Morrison, SJ, was 44 years old when he became president of Creighton University. With a tenure spanning 19 years, 1981-2000, Fr. Morrison is the longest-serving president in the University's history. Nearly 40 percent of all diplomas awarded by the University were signed by Fr. Morrison. He was known for being highly accessible to students, and on pleasant days he sat on the mall in front of St. John's Church engaging any and all in conversation.

Fr. Morrison joined the Society of Jesus in 1955 directly after graduating from high school. He earned degrees of licentiates in philosophy and sacred theology from St. Louis University, and a PhD in history from the University of Wisconsin-Madison. Fr. Morrison would eventually earn five degrees in various disciplines. He was honored with awards from the Anti-Defamation League and the National Conference of Christians and Jews. 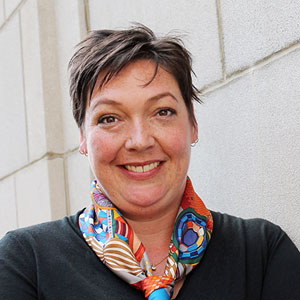 Dr. Britta McEwen is the current holder of the professorship in its inaugural year, 2017-2018. Storytelling, Listening, Connecting: The Morrison Professor takes each year's department theme and expands it by inviting speakers and staging events to help us explore the history of our shared experiences. It also focuses on listening within the department by facilitating dialogue about teaching and mentoring students between faculty in monthly "Best Practices" sessions. Finally, it offers students a chance to work with professors not only as research assistants but also as guardians of the past in digital humanities projects designed to capture and preserve the initiatives of the history department here at Creighton.