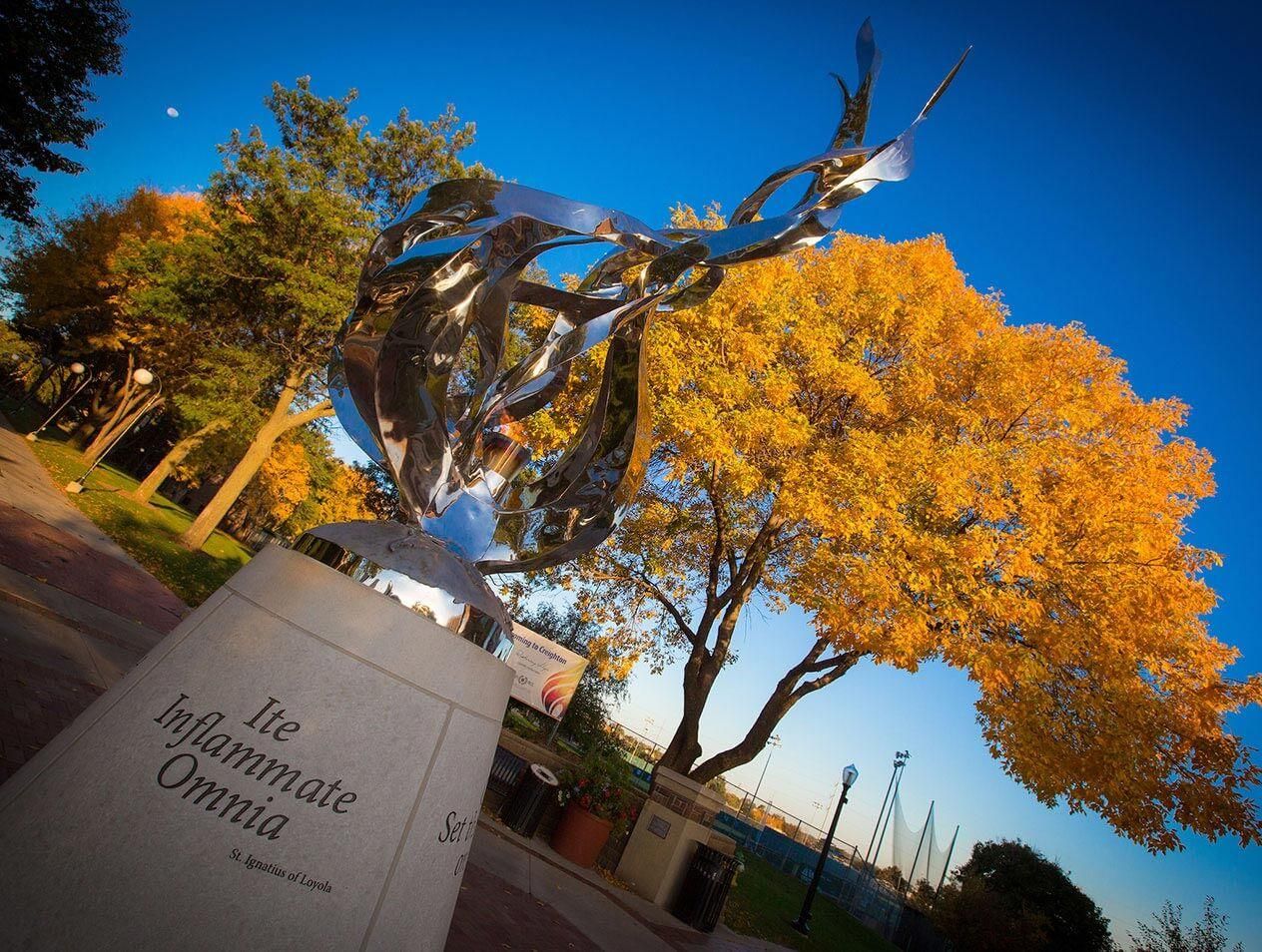 Earth Month provides us an opportunity to celebrate our achievements and renew our pledge as a University and as individuals to respond to the urgent need for climate action, as articulated by Pope Francis in his 2015 encyclical Laudato Si’: On Care for Our Common Home. Sustainability is the responsibility of all of us. A listing of Earth Month 2023 activities coming soon.

Are you interested in organizing and leading an Earth Month event? Perhaps your area already has something planned in April that ties into sustainability, environmental justice, or the beauty of the Earth which you could open up to the Creighton community.

The Office of Sustainability Programs would like to include your programming in our campus Earth Month celebration and help promote it. If your department, division, or organization is interested in planning/leading/hosting programming, please reach out to sustainability@creighton.edu to let us know what you have in the works.

Past celebrations --- We appreciate all who helped us celebrate Earth Month 2022! The following are some of the areas on campus who hosted opportunities and helped with Earth Month festivities throughout April 2022:

Each year the Spirit of Laudato Si' Sustainability Award is given to a sustainability champion. The award is presented at a special Earth Day celebration in April.

We are accepting nominations for the 2023 Spirit of Laudato Si' Sustainability Award. Please submit letters of nomination to sustainability@creighton.edu no later than March 15, 2023.

The annual award identifies and recognizes Creighton University students, staff, faculty, and groups from across the University who are engaged in making an impact on, and developing a culture of, caring for our common home through campus sustainability and environmental justice efforts. Their efforts can include generating awareness, implementing strategic projects, or catalyzing new initiatives. Sustainability issues are intentionally broadly defined and may include an overlap of environmental, technological, economic, political, socio/cultural, philosophical, or theological approaches focused on social and environmental equity and justice.

The award(s) will be presented each year during April as part of Creighton’s Earth Month celebration. Nominations should describe the result of efforts observable in the campus community over the last year.

Nominations can be made for groups (either formal or informal groups) or individuals. Self-nominations are encouraged. Nominations should be no less than one paragraph and no more than one page.

The committee reserves the right to award more than one award each year.

In addition to the annual award described above, the selection committee may award two special awards: Community Partner and Distinguished Career.

Each submission will be evaluated on one or more of the following categories contained within the St. Francis/Laudato Sí Pledge, which states “I pledge to pray, live, and advocate Laudato Sí:”

Each year the Spirit of Laudato Si' Sustainability Award is given to a sustainability champion. The award is presented at a special Earth Day celebration in April.

Caring for Our Common Home While Working and Studying from Home

During the month of April 2020, the Office of Sustainability Programs provided a weekly digest designed to assist and encourage the Creighton community to care for our common home, while working or studying from home. Each piece will covered a different topic.