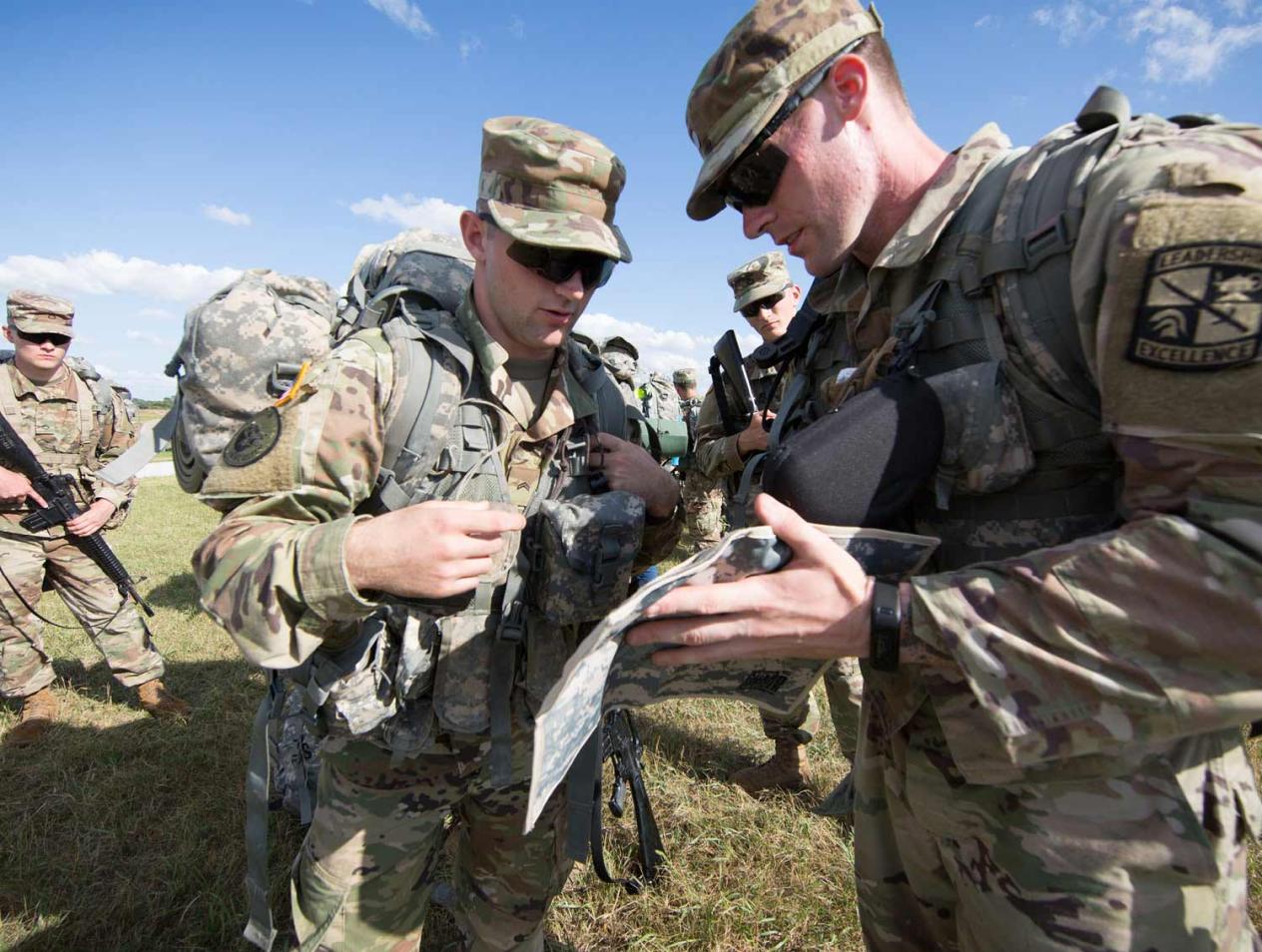 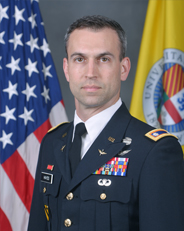 Lieutenant Colonel Mark P. Hayes grew up in Allendale, Michigan. He graduated from Cedarville University in 2004 with a Bachelor of Arts in History and was commissioned as an Aviation Officer through the ROTC program in April 2004. After commissioning, he attended the Initial Entry Rotary Wing (IERW) course followed by the AH-64D Flight School XXI and finally the Aviation Officer Basic Course. His first assignment was to Fort Hood, Texas, serving as an Attack Aviation Platoon Leader in the 4th Combat Aviation Brigade, 4th Infantry Division. During his time as a Platoon Leader, he deployed in support of Operation Iraqi Freedom (OIF) 06-08. Once he returned from the deployment, he was reassigned to the 4th Brigade Combat Team, 1st Cavalry Division as a Brigade Aviation Officer and was promoted to the rank of Captain. He deployed again in support of OIF 08-10 where he served as the Brigade night Chief of Operations. Following the deployment, he attended the Aviation Captains Career Course and received orders to South Korea where he took command of A Company, 4-2 Attack Reconnaissance Battalion (ARB) in 2010.

Upon completion of Company Command, he was assigned as an Attack Aviation Observer/Controller/Trainer at the National Training Center in Fort Irwin, CA. Following promotion to Major in 2014, he attended the Naval War College to complete his Intermediate Level Education (ILE) and graduated with a Master’s degree in National Defense and Strategic Studies. He was then assigned to 16th Combat Aviation Brigade at Joint Base Lewis-McChord (JBLM). He then completed flight training to transition to the AH-64E and served as the Attack Aviation Battalion Executive Officer and Operations Officer in 1-229th ARB. He deployed as the Brigade Operations Officer with 16th Combat Aviation Brigade in support of Operation Enduring Freedom (OEF) in Afghanistan. Most recently he completed a broadening assignment in Lille, France and was promoted to the rank of Lieutenant Colonel. Here he was assigned as an Operations Planner Team Chief in the Rapid Reaction Corp-France, supporting the NATO mission in Europe. 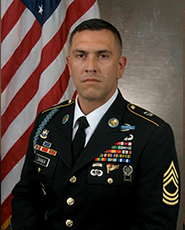 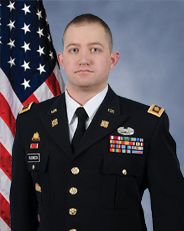 MAJ Jeffrey R. Sudbeck grew up in Dimock, South Dakota and enlisted as a Combat Engineer in the South Dakota Army National Guard in February 2003. He graduated from Dakota State University in 2007 with a Bachelor of Science Degree in Business Administration and was commissioned as an Engineer Officer through the Officer Candidate School program in September 2007. After commissioning, he attended Basic Officer Leadership Course at Fort Sill, Oklahoma and graduated from Engineer Basic Officer Leadership Course at Fort Leonard Wood, Missouri in May 2008. While serving in his Platoon Leader roles, he deployed in support of Operation Iraqi Freedom with the 1195th Transportation Company based out of Kearney, Nebraska in May 2009. Once he returned from the deployment, he immediately assumed command of the HHD, 734th Transportation Battalion in August 2010 where he then led them through a National Training Center exercise conducting Combat Sustainment Support Battalion operations in Fort Irwin, California.

After completion of his command, he attended the Transportation Captains Career Course in April 2010 at Ft. Lee, Virginia. He was promoted to Captain in April 2010 and then was assigned as the Ammunition Officer for the HHC, 960th Brigade Support Battalion based out of Casper, Wyoming. He went on to serve with the Headquarters, First Army as the HHD, First Army commander and also as an Aide-de-Camp for the Deputy Commanding General – Operations. He was than assigned to the 174th Infantry Brigade, Assistant S3 in October 2016. He deployed to Jordan as the Secretary of the Joint Staff for the 35th Infantry Division in May 2017. Following the deployment, he was assigned to the National Guard Bureau serving as the Staff Action Control Officer. In September 2018, he was assigned as the Brigade S4 serving with the 300th Military Police Brigade in Inkster, Michigan. He completed the Theater Sustainment Planners Course in August 2019. He is currently serving as the Assistant Professor of Military Science at Creighton University ROTC program and working on his completion of Command and General Staff College through Ft. Leavenworth, Kansas. 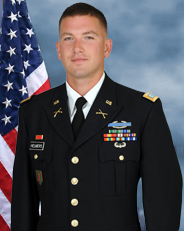 CPT John Helmers is a native of Plano IL and a graduate of Southern Illinois University Carbondale. He commissioned in May of 2011 from SIUC as an Infantry Officer with a bachelor’s degree in Exercise Science. Following his graduation from The Infantry Basic Course he reported to FT Riley and joined 1-28 Infantry Battalion, 4th Brigade, 1st Infantry Division. During his time with 1-28 IN he deployed to Afghanistan in support of Operation Enduring Freedom 12-13 and served as a rifle platoon leader in Battle Company. Upon returning to FT Riley CPT Helmers became the Battalions Mortar Platoon leader and the HHC Executive Officer for the Black Lions he worked as part of the Army’s Restructuring Operation (ARSTRUC). Upon the casing of 4th Brigades colors in 2015, CPT Helmers reported to 2-34 AR (Dreadnaughts), 1st ABCT, 1 ID where he acted as a Battalion’s Assistant Operations Officer.

Upon being promoted to Captain and Graduating MCCC at FT Benning, CPT Helmers was assigned Jackson MS Recruiting Company as a part of Army Recruiting Command from 2016 to 2018. Following his Recruiting Command Command CPT Helmers was then assigned to 2nd Calvary Regiment in Rose Barracks Germany where he served as a Operations Officers and Commander. In October of 2020 CPT Helmers took the guideon for Mustang Troop (HHT) where he served until June 2020 when he took Command of Apache Troop. As the Commander of Apache Troop CPT Helmers led his Soldiers through a pre-deployment train up in support of Operation Enhanced Forward Presence and Bemowo Piski Poland. In July of 2021, CPT Helmers reported to the Black Wolves ROTC Battalion as part of the Creighton University team.

CPT Helmers is married to Colleen Helmers and they have two dogs Baden (8) and Nutiket (5). He is a below average golfer and enthusiast of indigenous pizzerias. 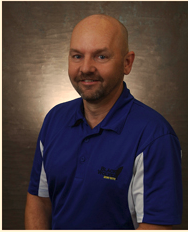 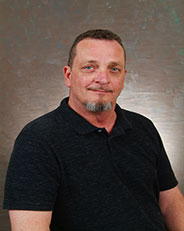