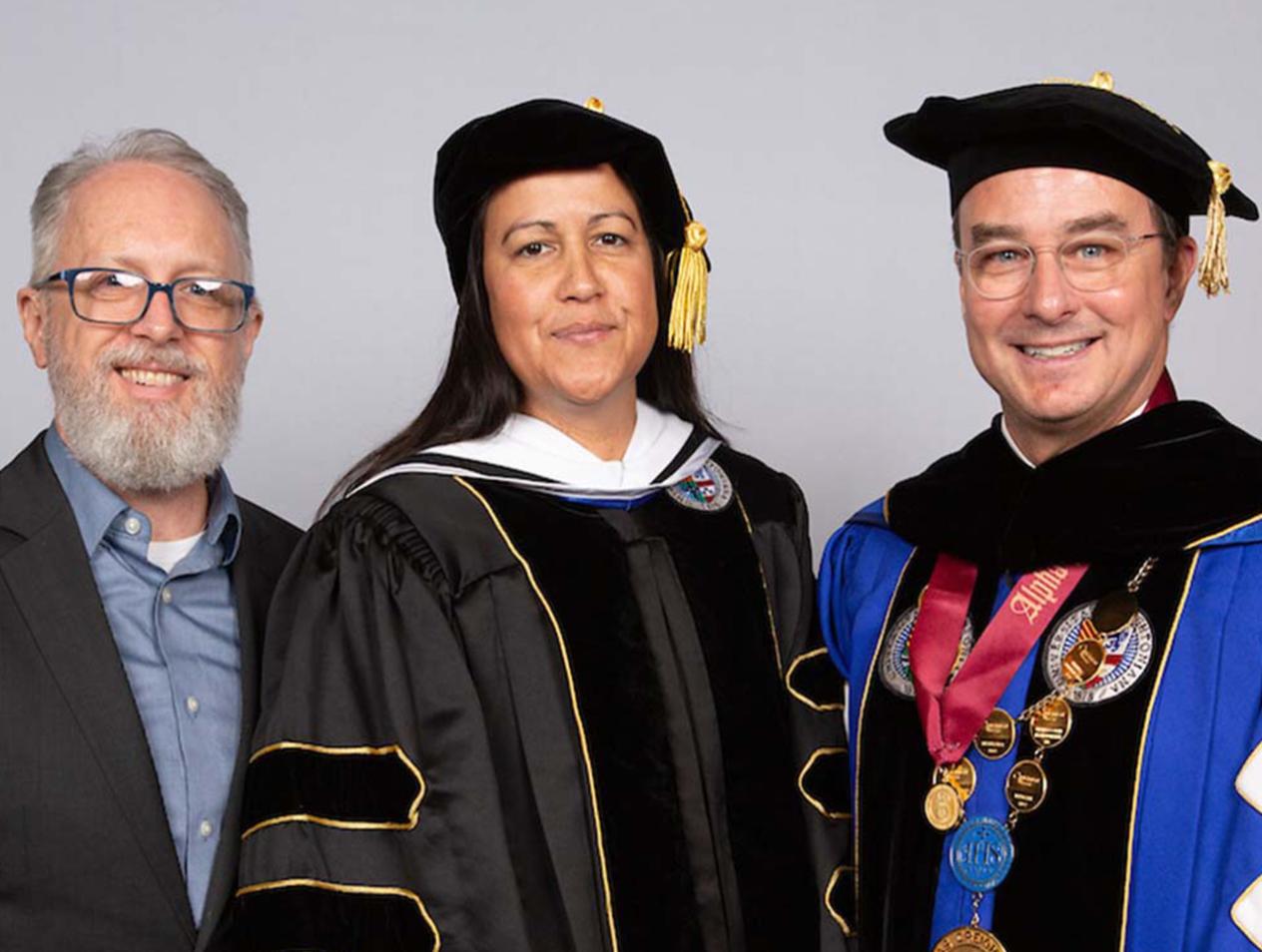 A Year of Impact

Through curriculum innovation, campus and community engagement, and transdisciplinary research, the Kingfisher Institute is proud to help further Creighton’s mission. The Institute’s initiatives aim to enrich and expand the experience of the entire Creighton community and ultimately form agents of change.

One of the highlights of the year was working with Fr. Hendrickson and his office to host our 2022 commencement speaker, the Pulitzer Prize-winning poet, Natalie Diaz. We wanted to identify a speaker with a link to Arizona as a way of acknowledging Creighton’s growing connections to Phoenix and the American Southwest. Diaz is an accomplished writer and a professor at Arizona State University. She speaks multiple languages, including Mojave, the indigenous language she grew up with in the lower Colorado River Valley of California. Diaz even went to the Final Four in college basketball and then played professionally overseas.  Natalie Diaz has presence, a kind of dynamic and creative force that comes through in her poetry and on the court as well.

Her address to the graduates was quiet, and I mean that in two ways. She was soft-spoken and personal, speaking from handwritten notes in a little journal. It was approachable, like an invitation. More than that, however, her words required attention, some thought, a little time. We seem to be surrounded by words, drowning in language of ever-increasing volume (in both senses of the term), even as we seem to understand that we suffer from a language deficit. We do not give ourselves sufficient time to think or to listen. How do we speak eloquently and clearly about the last two years when it seems impossible to articulate a sense of time, the disturbance of the before and the after? How do we talk to people when we cannot agree? We need perspective, and that is what Natalie Diaz offered.

For the next academic year, the Kingfisher Institute will organize its activities around the concept of “Perspective.” One inspiration is our mission, which reads, “Transcendent perspectives for transcendent problems.” But it’s also prompted by a desperate need for something more meaningful and productive than mere opinions. Diaz spoke about being intentional with language, recognizing its power. She said, “I am a poet because I believe in beauty and all that can mean, and because I also believe that not everything must be made beautiful, nor can it be.” I cannot, myself, claim that the last two years have been beautiful—but, I have seen beauty.

Diaz told our graduates that she asks herself and her students one question each day: “What is the language you need to live right now?” Just to pose a question like that is an act of radical communication. Diaz suggested that she responds to herself with a simple phrase, “of consequence,” meaning that she looks for the ways we must be alongside each other. Alongside allows room for difference and for love.

So, join us as we seek perspective, together in community, on where we’ve been and where we want to go. Let us find the language we need to live right now, to be of consequence for ourselves and others. 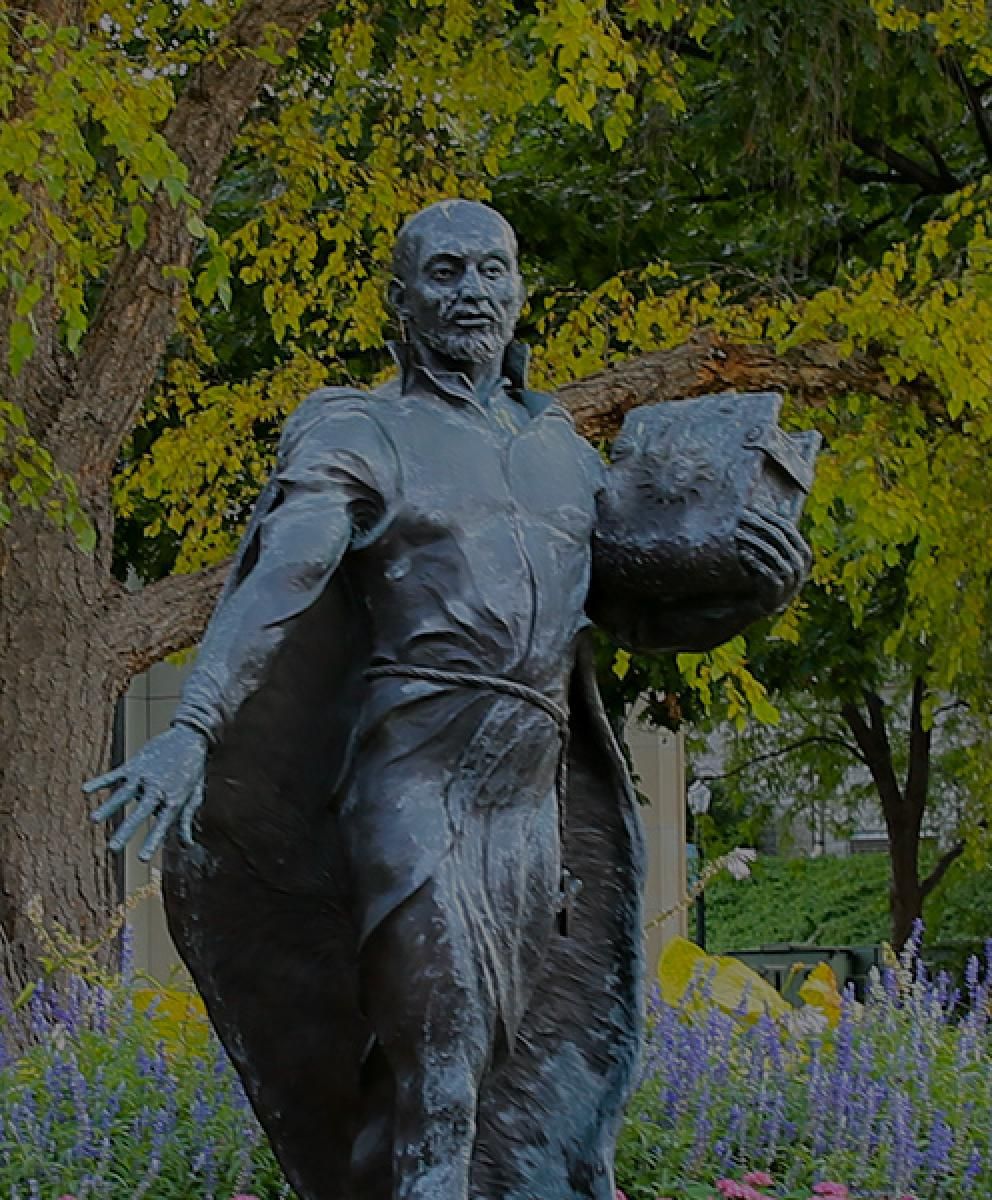 Humanities for the 21st Century: Uniting Head, Heart and Hands

A key focus for the Kingfisher Institute, transdisciplinary research encourages the breaking down of barriers. Together, researchers at Creighton can advance ideas and make discoveries that change how we approach health care and other areas of impact.
Recent Contributions
NEH Grant Proposal
Health Humanities Consortium Survey

Recent curriculum development supported by the Institute includes grants to amplify the Presidential Lecture Series on Race and coordination with the Interdisciplinary Leadership Program to develop their first course focused on diversity and social justice.

We continue to refine our strategy to elevate and distinguish the Kingfisher Institute. Our advisory council has supplied excellent feedback, as have recent faculty and staff focus groups. Thank you to Mary Lee Brock, assistant professor and assistant director of the Negotiation and Conflict Resolution (NCR) Program, for so ably facilitating the focus groups. Feedback has emphasized:

More About the Kingfisher Institute