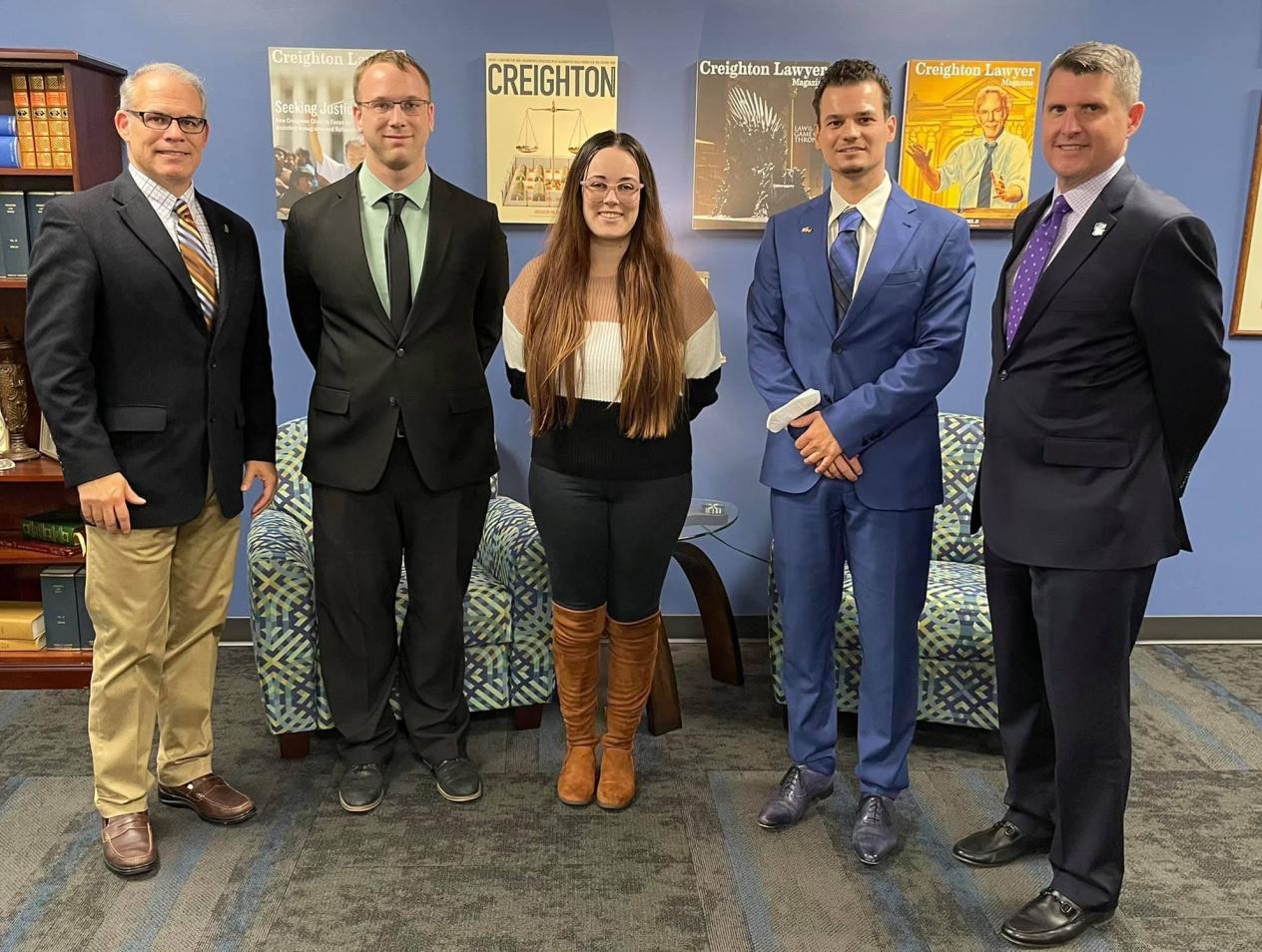 Creighton School of Law’s summer abroad program in Nuremberg features leading faculty in the area of international criminal law. The faculty draw from years of practice and research to offer students an exciting look into this dynamic field and provide them an intellectually challenging and enlightening summer term in the heart of Germany. 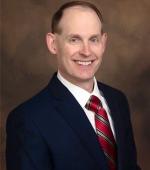 Michael S. Bryant is Professor of History and Legal Studies at Bryant University. He received a B.A. from The Ohio State University, a J.D. from Emory University, and a Ph.D. in Modern European History from The Ohio State University, and has taught for Ohio State, the University of Toledo, Bryant University, Creighton University Law School, and the National Judicial College in the areas of history, criminal justice, law, and human rights. He is the author of Confronting the “Good Death”: Nazi Euthanasia on Trial, 1945-53 (University Press of Colorado, 2005) and numerous articles on the postwar adjudication of Nazi-era crimes. Professor Bryant’s study of the major West German “Operation Reinhard” death camp investigations and trials of the 1960’s was published in 2014 by the University of Tennessee Press, winning the Book of the Year Award from the American National Chapter, Association Internationale de Droit Penal. His third book, A World History of War Crimes, was published in the fall of 2015 by Bloomsbury Academic Press in London.

Professor Bryant is one of the foremost authorities on the Holocaust and the law.  Fluent in German, he has worked widely in both the United States and Germany in the field of Holocaust education and research.  He has held fellowships from the Fulbright Foundation, the National Endowment for the Humanities, the National Science Foundation, the German Exchange Service (DAAD), the U. S. Holocaust Memorial Museum, the Woodrow Wilson Foundation, and the Alexander von Humboldt Foundation. 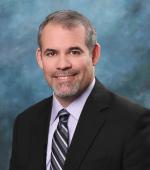 Professor Kelly is president of the U.S. National Chapter of L’Association International du Droit Pénal, a Paris-based society of international criminal law scholars, judges and attorneys founded in 1924 that enjoys consultative status with the United Nations. His research and teaching focuses on the fields of international and comparative law and Native American law. He is the author and co-author of six books and over forty articles and book chapters in these areas, and his work is among the top 5% downloaded from the Social Science Research Network (SSRN).

Professor Kelly has presented his views on U.N. Security Council reform to the Academic Council of the U.N. System in New York and has consulted with the Kurdish regional parliament in Erbil on drafting their new constitution under the federal law of Iraq. Most recently, he is the author of Prosecuting Corporations for Genocide (Oxford University Press 2016) with a foreword by Luis Moreno Ocampo, and co-editor of The International Law of Disaster Relief (Cambridge University Press 2014) with David C. Caron and Anastasia Telesetsky. He is the co-author of The Resolution of Outstanding Property Claims Between Cuba & the United States (Creighton University Press 2007).  His other books include Ghosts of Halabja: Saddam Hussein & the Kurdish Genocide (Praeger 2008), with a foreword by Judge Ra’id Juhi al-Saedi, Nowhere to Hide: Defeat of the Sovereign Immunity Defense for Crimes of Genocide (Peter Lang 2005), with a foreword by Archbishop Desmond Tutu, and Equal Justice in the Balance: America’s Legal Responses to the Emerging Terrorist Threat (University of Michigan Press 2004) co-authored with Raneta Lawson Mack.  Professor Kelly received his LL.M. in International & Comparative Law from Georgetown University and his J.D. and B.A. from Indiana University. 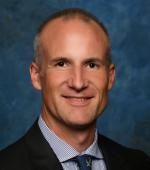 Professor Watts earned a B.A. in International Affairs from the University of Colorado in 1992, a J.D. from William & Mary School of Law in 1999, and an LL.M. from The Judge Advocate General’s School in 2004.  He teaches International Criminal Law and the Law of Armed Conflict at Creighton and his most recent articles in these fields have appeared in journals at Yale, Virginia, Harvard and Fordham.  In 2009, Professor Watts’ research on the legal aspects of Cyber Warfare earned him the prestigious Lieber Prize from the Law of War Section of the American Society of International Law (ASIL).

During law school, he served as a Notes Editor with the William & Mary Law Review. He most recently taught as an Associate Professor of International Law at The Judge Advocate General’s School and has been a Lecturer at the University of Virginia School of Law. Professor Watts served as a Judge Advocate General in the United States Army from 1999-2007. He attended law school under the Army’s Funded Legal Education Program. Prior to his selection for law school, he served as a Regular Army Armor Officer in a Tank Battalion. 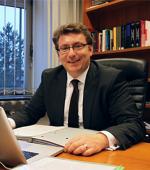 He received his doctoral degree at the University of Munich in 1999, and passed the bar exam in 2000. Afterwards he held the position of assistant professor of law at the University of Erlangen-Nuremberg. From 2006 until 2014 he was professor for criminal law, criminal procedure, international criminal law and public international law at the Philipps-University of Marburg, and the Director of the International Research and Documentation Center War Crimes Trials. He is the Whitney R. Harris International Law Fellow of the Jackson Center, Jamestown, N.Y. He vice-president of the advisory board of the International Nuremberg Principles Academy. Since 2012 he is Member of the Independent Academic Commission at the Federal Ministry of Justice for the Critical Study of the Nazi-Past.

His main fields of research are: international criminal procedural law and the subjective elements of the crime. Alongside several articles in the field of criminal law, international law and human rights law he has published The Nuremberg Trials: International Criminal Law since 1945, (Saur 2006), Vorsatz und Schuld, (Mohr Siebeck, 2008) and edited the German translation of Whitney Harris, Tyranny on Trial into German (Tyrannen vor Gericht, Berlin: BWV 2009), International Criminal Procedure (Oxford University Press, 2012). He is co-editor of the German Law Journal and the Revista Internationale di Dritto Penale. 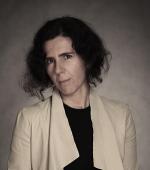 Dr. Edyta Gawron directs the team that hosts the “Nuremberg to The Hague” Krakow/Auschwitz experience each summer.  She works at Jagiellonian University in Krakow, Poland, as the Assistant Professor in the Institute of Jewish Studies and the director of the Centre for the Study of the History and Culture of Krakow’s Jews. She is the President of the Management Board of Galicia Jewish Heritage Institute Foundation (Galicia Jewish Museum in Krakow) and serves as an expert for the European Commission.

A specialist in the 20th century history of Polish Jews, she is the author of many publications in this field, especially on 20th century history of Jews in Krakow. Dr. Gawron cooperates with various academic institutions, museums, Jewish organizations and other institutions in Poland and abroad. Dr. Gawron has participated in designing several museums and exhibitions promoting Jewish history in Poland, including the historical museum in Oskar Schindler’s Factory. 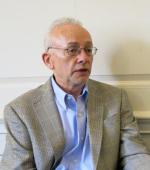 Michael J. Bazyler is Professor of Law and The “1939” Club Law Scholar in Holocaust and Human Rights Studies at Chapman University School of Law. Professor Bazyler leads our class field trip to Krakow, Poland and assists with the Auschwitz camp experience. He is also a research fellow at the Holocaust Education Trust in London; and the holder of previous fellowships at Harvard Law School and the United States Holocaust Memorial Museum in Washington, D.C. In Fall 2006, he was a Research Fellow at  Yad Vashem in Jerusalem (The Holocaust Martyrs and Heroes Remembrance Authority of Israel) and the holder of the Baron Friedrich Carl von Oppenheim Chair for the Study of Racism, Antisemitism and the Holocaust.

Professor Bazyler is a leading authority on the use of American and European courts to redress genocide and other historical wrongs. His book on the subject, Holocaust Justice: The Battle for Restitution in America’s Courts (New York University Press, 2003, soft cover 2005), was cited by the U.S. Supreme Court and reviewed in the Harvard Law Review, Washington Post, Los Angeles Times, Financial Times (London), and The Economist. He is a contributor of chapters to various books on genocide and the law, and the co-editor/author with Roger Alford of Holocaust Restitution: Perspectives on the Litigation and Its Legacy (New York University Press, 2006; soft cover 2007). 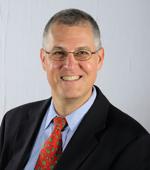 John Q. Barrett is a Professor of Law at St. John’s University in New York City, where he teaches Constitutional Law and Legal History. He also is Elizabeth S. Lenna Fellow and a board member at the Robert H. Jackson Center in Jamestown, New York, and he serves on the Expert Advisory Committee of the International Academy Nuremberg Principles in Nuremberg, Germany. Professor  Barrett has been named a “Professor of the Year” by St. John’s law students and received a Faculty Outstanding Achievement Medal from the University. He is a graduate of Georgetown University and Harvard Law School.

Professor Barrett is writing a biography of the late U.S. Supreme Court Justice and Nuremberg prosecutor Robert H. Jackson (1892-1954). This work will include the first inside account of Justice Jackson’s service, by appointment of President Truman, as the chief prosecutor at Nuremberg, Germany, of the principal surviving Nazi leaders during 1945 and 1946. Professor Barrett discovered and edited Justice Jackson’s previously unknown, never published, now acclaimed book That Man:  An Insider’s Portrait of Franklin D. Roosevelt (Oxford University Press). That Man, Jackson’s intimate, eloquent memoir of FDR from their first meeting as young men in 1911 through their close working relationship and friendship during the New Deal years and World War II, is a Book of the Month Club main selection.