Message from the Urology Chair

Welcome to Creighton University School of Medicine Department of Urology 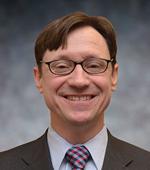 Allow me to begin with some history about the origins of Creighton University and Creighton Urology. The institution was founded in Omaha, Nebraska as Creighton College in 1878 by Mary Lucretia Creighton the widow of Edward Creighton, an early pioneer of the transcontinental telegraph along with Jesuit priests and two lay teachers. It was further endowed by his brother John Creighton and his wife Sarah Creighton. Currently Creighton University is one of 28 Catholic colleges that are operated by the Catholic religious order, The Society of Jesus more commonly known as the Jesuits. The Society of Jesus was founded by an obscure Basque soldier-convert, Iñigo de Loyola later to be known as Ignatius of Loyola, in 1540.

The process whereby teachers can promote the Jesuit mission with learners is defined by the Ignatian Pedagogy. The core of the Ignatian Pedagogy is the formation of students who are leaders in service, in imitation of Christ Jesus, men and women of competence, conscience and compassionate commitment. The 5 central concepts that embody this Ignatian Pedagogy are Context, Experience, Reflection, Action, and Evaluation. Creighton’s urology program strives to adhere to this pedagogy with all of its learners.

The Department of Urology’s origins at Creighton began in 1893 as the Department of Dermatology, Syphiology, and Genito-Urinary Diseases with Clayton Sumney, MD, a dermatologist, as its founding Chairman. Urology eventually separated from dermatology in 1948 becoming its own department under the leadership of Charles McMartin, MD FACS, a pioneer urologist. In 1975 the first urology residency at Creighton was started under the leadership of Dr. Myron Walzak but it unfortunately closed 8 years later in 1983. In 1987 urology became a division of the Department of Surgery under the leadership of Gernon Longo, MD. The urology residency program at Creighton University School of Medicine was re-started in July of 2014 in collaboration with CHI Health which is one of the largest Catholic healthcare systems in the United States. Urology once again became a department in the medical school in July of 2016.

Creighton Urology’s main teaching hospital is located in Omaha Nebraska. This hospital, now known as CHI Health Creighton University Medical Center - Bergan Mercy was renovated and expanded in 2017 by CHI Health. It is a fully accredited level one trauma center and home of the Henry Lynch Cancer Center. Creighton urology residents have clinical rotations at the Nebraska Western Iowa Veterans Administration Hospital in Omaha. Residents also rotate for 6 months at Phoenix Children’s Hospital in Phoenix, Arizona where six fellowship trained pediatric urologists practice and teach. This is a robust pediatric urology experience. However, most of the training will be in Omaha, Nebraska located in the heart of the Midwest, home to five fortune 500 companies, and is host to many national and world recognized events such as the College World Series and Olympic Swim Trials. The population for the Omaha Metro area is about one million people. The city has much to offer in terms of culture and entertainment while still having a reasonable cost of living.

The vision for the Department of Urology at Creighton University is to produce urologists trained in Creighton’s Jesuit, Catholic tradition who will become not only excellent clinician surgeons but also leaders who will advance medicine, health, and well-being. Creighton University has partnered with CHI Health which is the largest health care organization in Nebraska, and which can provide the large clinical volume necessary to train future urologists. The partnership also provides ample opportunities to conduct basic science and clinical research. The urology residency program at Creighton University is a young program with a mature, experienced, and engaged faculty. The urology faculty is expanding and will continue to grow. Even though we are part of a Jesuit University, our faculty and residents come from diverse backgrounds and faiths. As of April 2022, Creighton Urology matches two medical student applicants per year for the urology residency.

Thank you for visiting our website, I hope you enjoyed reading about our rich heritage. I invite you to explore the Creighton University website to learn more about the institution and the Department of Urology faculty and residents.