How “mobs,” good or bad, form on social media, how the organizers accelerate their messages and the likelihood of mobs achieving their goals, is the subject of a $585,000, three-year research contract recently awarded to a team that includes two Creighton professors.

Undergraduate students at Creighton will also be part of the ongoing research project, which aims to understand the genesis, growth and course of social media mob formation.

That undergraduate students will assist the team during the project’s three-year timeline and will further Creighton’s reputation for providing important research opportunities to undergraduates.

Undergraduates have long been a valued presence in his work, says Samer Al-khateeb, PhD, assistant professor of computer science in the Creighton University College of Arts and Sciences.

“Since I joined Creighton, I have worked with five undergraduate students,” he says. “We even published a paper in an international conference with one of the students, which was about flash mobs, although the idea there was to look at how social bots affect the spread of a message.

“Undergraduates help a lot. A student who is working with me right now is doing a phenomenal job. For this study, I am planning to hire two undergraduate students, one in computer science and hopefully one in social science.”

The study is funded by the U.S. Air Force Office of Scientific Research through the DEPSCoR program, or Department of Defense Established Program to Stimulate Competitive Research.

The national security implications of understanding the process of mob formation could be profound, Al-khateeb says.

If you understand how people coordinate a mob, then you might be able to understand how hackers will try to hack a government website, an electrical grid, or make a hashtag trend.
— Samer Al-khateeb, PhD, assistant professor of computer science

“If you understand how people coordinate a mob, then you might be able to understand how hackers will try to hack a government website, an electrical grid, or make a hashtag trend.” he says.

“The idea is to understand how mobs of various types happen, what strategies are used, and what factors contribute to mobs' success or failure. So, if a deviant mob happens, you are prepared. Imagine, for example, that military exercises are scheduled, and some people opposed to that begin a Twitter campaign suggesting that NATO is trying to start World War III and invite people to go to the streets and attack these troops. Being able to understand how this mob is forming and the strategies used to amplify such a hashtag or to disseminate that message to a wide audience would be very useful.”

Understanding how and why cyber mobs succeed confers a better ability to respond, perhaps by creating a counter-messaging campaign, understanding better what kind of language to use, what kind of hashtag to use and even the sentiments that should be expressed.

“That is the proactive potential of understanding,” Al-khateeb says.

The research team will include Al-khateeb, Rebecca Murray, PhD, professor and associate dean of social sciences and professional programs, and Nitin Agarwal, PhD, distinguished professor and director of the Collaboratorium for Social Media and Online Behavioral Studies (COSMOS) at the University of Arkansas at Little Rock.

As demonstrated by the Department of Defense handing this project to him, Al-khateeb has built a reputation as an expert in social networks analysis and social cyber forensics.

He arrived in the United States from Iraq in 2009 and joined the Creighton faculty in 2018 after serving 11 years at the University of Arkansas at Little Rock, where he earned his PhD in computer and information sciences.

Flash mobs, online propaganda campaigns and the dissemination of misinformation across the internet by terrorist groups, trolls and cyberbots became his area of expertise after first participating in metadata investigations during his years a PhD student.

“Back then, ISIS was very active in Iraq and Syria, and they were posting a lot of propaganda videos and pictures and recruitment messages,” he says. “At that time, I was working on a mob model based on the theory of collective action and applied the model to their network to understand how the campaign was going, how successful is it, and what are the strategies that can be used to counter their acts on social media.” 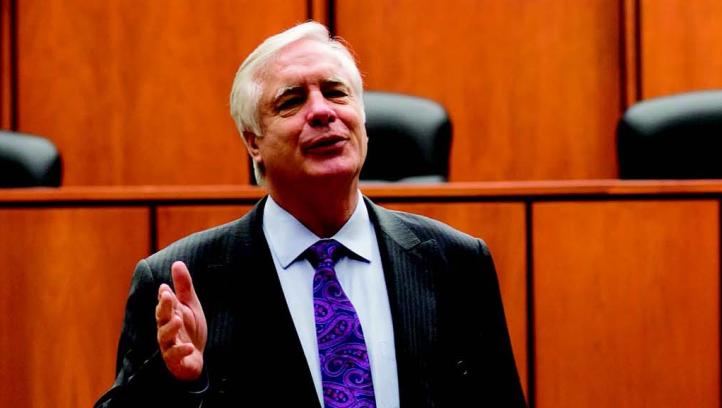 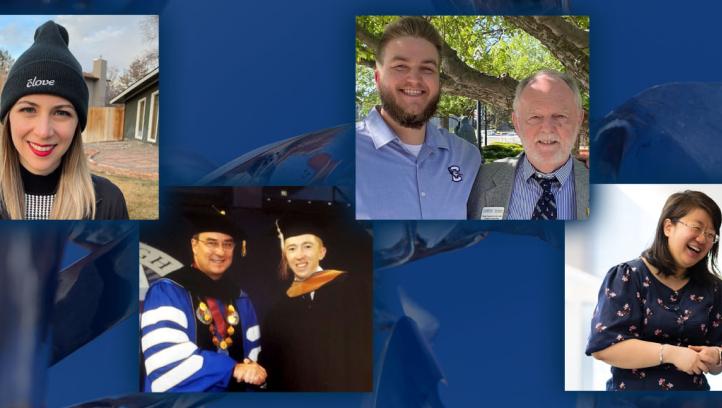