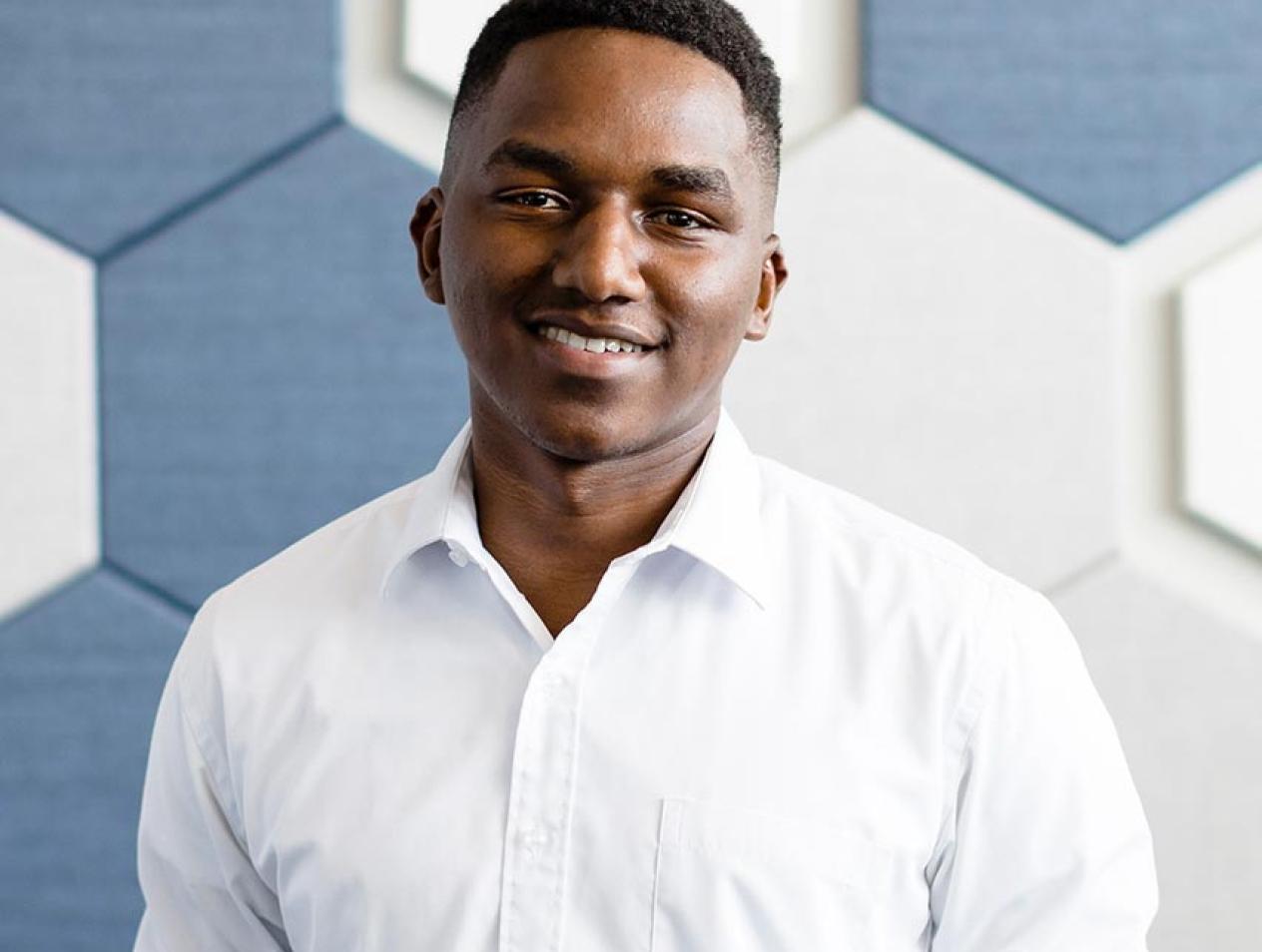 Becoming the brains behind artificial intelligence

Master of Science in Business Intelligence and Analytics

Pacis Bana has always had a fascination with data and artificial intelligence: How do online businesses suggest items you might like? How do they personalize ads or predict buying decisions? He wanted to understand the science behind artificial intelligence and how he might someday be able to use this knowledge to help companies make smarter business decisions and improve their marketing strategies.

Now he’s doing just that. Bana says the Master of Science in Business Intelligence and Analytics degree that he earned from Creighton University Heider College of Business gave him both the foundation and the connections he needed to help him land a job as a data analyst at Buildertrend, the largest and fastest growing software development company for home builders and remodelers in North America, Australia and New Zealand.

“My degree gave me a solid foundation in data analytics,” says Bana. “I learned the concepts and fundamentals of business analytics and now I’m applying that to the real world.” As a data analyst, Bana is using company data to build dashboards and predictions to help the company make more informed decisions. He says he finds himself applying the knowledge and skills he gained from classes such as Database Management, Predictive and Prescriptive analytics, Data Visualization, Artificial Intelligence, Statistics, Ethics and Cybersecurity to many of the duties he is responsible for in his current job every day.

Bana is from Rwanda and moved to the United States in 2013 after earning a Rwandan Presidential Scholarship, a highly selective award granted to pursue higher education in the U.S. He attended William Penn University in Oskaloosa, Iowa, where he studied software engineering and business management. When he decided that he wanted to continue his education in analytics, he chose Creighton University because of its highly-regarded business intelligence and analytics program.

Because artificial intelligence and data analytics is a field that is in such high demand and spans multiple industries including government, banking, insurance, health care and nonprofits, Bana says he was confident that he would be able to find an analytics job after he completed the degree.

While completing the two-year degree, Bana was a graduate assistant for the Business Ethics Alliance (BEA), a nonprofit housed within the Heider College of Business that is dedicated to building a climate of ethical excellence within the Omaha business community. Bana was in charge of Salesforce and other technologies at BEA.

“It was a great learning experience,” says Bana. But even more importantly, it put him in front of other business professionals, including the staff at Buildertrend, where he would later land a job. “The fact that I was able to get this job at such a leading company in Omaha is testament to the value of getting this degree,” adds Bana.

One of the aspects of the degree program that Bana liked most was the different backgrounds of the students and the accessibility of the professors. “My classmates came with different work experiences, which they could interject into conversations,” he says. “The faculty were always very approachable and accessible and often worked with us directly on various projects. They were very helpful and always open to providing input and feedback.”

He said he also enjoyed the blend of theory with real-world application in the Heider College of Business curriculum. Various topic experts and industry professionals outside the college spoke as guest speakers to shed light on the field from a working perspective. These included an FBI forensic expert who spoke to his security class, the analytics manager at Hudl Company as well as several other Creighton graduates. He and his classmates also had the opportunity to build a database solution for an Omaha company.

“This is a field that is growing very quickly and continually changing,” he says, “therefore you have to grow with it. There are so many moving pieces. What was happening five years ago is different today. Hearing how companies today are using these concepts in real world situations helps connect the dots and gives it more meaning.”

During Bana’s hooding ceremony, Bana was awarded the graduate student of the year award, which is voted on by faculty, and received a standing ovation. “I was very honored,” says Bana.

Bana says he would like to eventually return to Rwanda and would like to use his knowledge and skills in data analytics to start his own business. “I think there is so much potential for this field in growing economies like Rwanda’s and it will only continue to grow as more and more companies turn to technology and market trend analysis for decision making.”