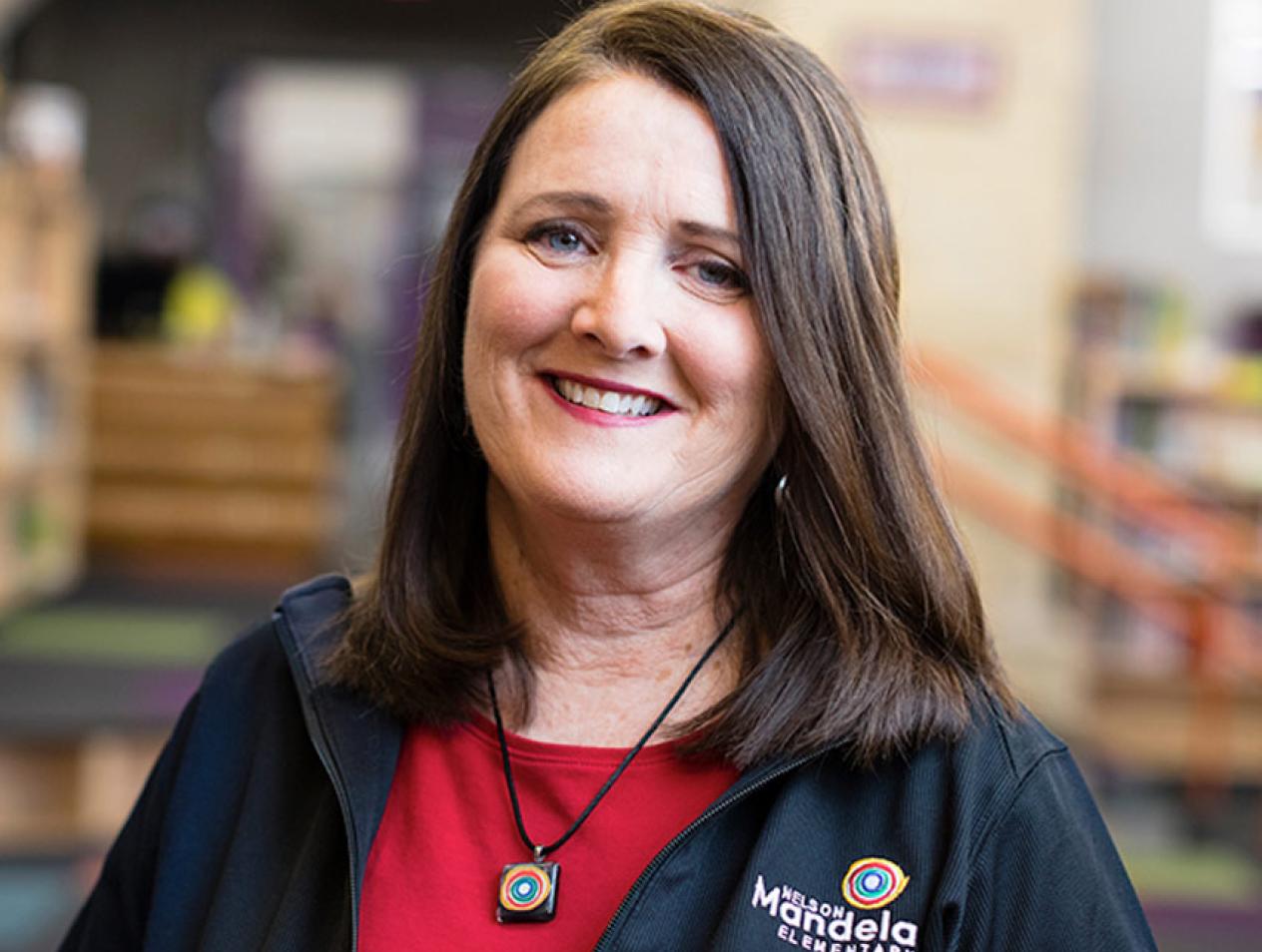 Susan Toohey, an experienced educator, came to the Graduate School to hone her leadership skills and bring lessons learned back to Nelson Mandela Elementary. 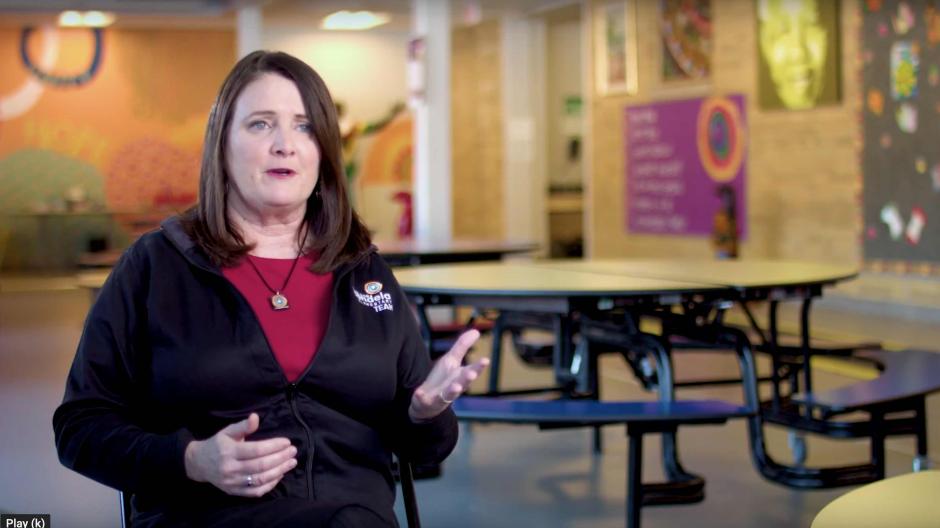 Nelson Mandela Elementary offers free education in a high-poverty, low-test-scores urban area and is driven by its mission to have all students performing at grade level in reading and math by the end of third grade.

“Statistically, if you are not on grade level by the end of third grade in reading and math, you are 70% more likely to not be on grade level as a high school graduate,” Toohey says. And that, she adds, leads to a multitude of future challenges in life.

The school’s guiding belief is that the most powerful way to change the world is through education. And Toohey, after she attained her Doctoral Degree in Educational Leadership from Creighton in 2013, had the privilege – or difficult job, depending on the day – of helping launch the school from the ground up.

She joined Mandela Elementary in 2014, following five years at a Catholic all-girls school in Omaha where she held the same title, head of school. Prior to that, she worked in public education for 20 years.

“Experiential learning is a huge deal for us. You don’t look back on your life and reflect on how you read Chapter 10 and answered questions 1 through 5. But you do remember learning African drumming and dancing and working together to make it work and why that was important to the culture,” Toohey says.

The school also focuses on the social and emotional development of its students.

“We give kids a safe place,” Toohey says. “We’re a year-round school so that children can be in a safe space all day long, all year. We make sure our children know that every adult at school cares about them – not just about their academic growth, but their personal, social and emotional growth.”

About the time Creighton launched its EdD in Interdisciplinary Leadership, Toohey was feeling a desire “to really hone my leadership skills.”

It was appealing that the online degree program was flexible. “With my schedule it was difficult to attend a class, for example, every Thursday night at 6 p.m. So, the flexibility was really attractive.”

But the fact that it was online gave her some pause. “I’m an extrovert. I like to process with other people, so I was a bit hesitant about that piece.” But, she says, the Graduate School “did a good job connecting the online learners to each other and with professors.”

The students at Nelson Mandela are benefiting from Toohey’s years of experience and her doctoral studies.

The school, which is funded by the Lozier Foundation and the William and Ruth Scott Family Foundation, encourages children to be leaders, starting in kindergarten. “And as they get older, we increase the responsibilities. We have our fourth and fifth graders helping identify areas they think could use some improvement in the school,” Toohey says.

Her philosophy of leadership, in a nutshell, is, “We have to be kind to everyone. That’s the first thing. And then encourage people and recognize them when they get it right.”

And when they don’t? “Have a reflection and conversation, and figure out how we can do that again, but tweak some things to make it better. That goes with children in the classroom as well as teachers.”