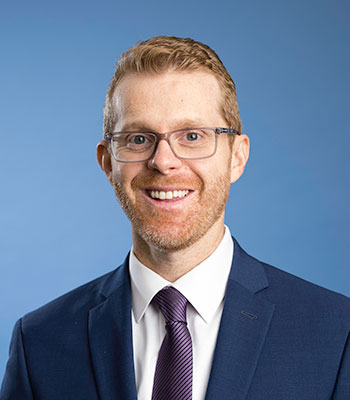 Prior to joining the faculty, Prof. Weber worked as an associate at the multinational firm of Fredrikson & Byron, P.A., with its headquarters in Minneapolis, Minnesota, where he did corporate work including work in foreign and domestic mergers and acquisitions, general corporate counseling, international real estate development, and entity formation with a special focus on undocumented entrepreneurs. Prof. Weber has lived and worked abroad in Guatemala, Costa Rica and Nicaragua.

Prof. Weber’s scholarship has covered many areas including contracts, immigration, sports law, secured transactions, and mortgages and real estate. His work has appeared in many notable journals, and his work has been cited by the Ninth Circuit Court of Appeals, the Tennessee Supreme Court, American Law Reports (ALR), and American Jurisprudence (Am.Jur.) among others. He has been cited in national publications such as Time Magazine, Washington Post, Los Angeles Times, Yahoo News, and the Associated Press, as well as many local news outlets.

Prof. Weber has served on several non-profit boards of directors focusing on providing support and resources to the Latinx community. He frequently engages in pro bono immigration work as well as informal advising with other community organizations.

He was awarded the Outstanding Faculty Award in 2014, and the St. Ignatius Award in 2018.