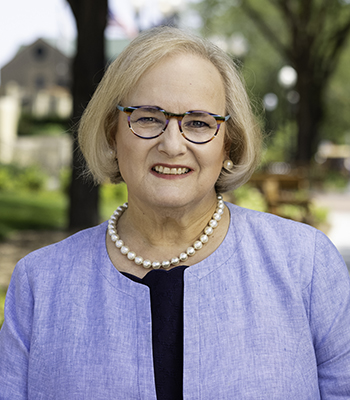 Cate is, first and foremost, a teacher, designing and then developing most of the family law courses taught at the Law School as well as innovative skills courses, designed to develop students’ skills in child advocacy, client counseling, interviewing, child advocacy, and family law practice.  Her students g a repertoire of skills necessary for the successful practice of law today, including cultural competence and inclusive, social justice approaches to lawyering.  Cate also designed a course integral to the Law School’s Dr. Robert P. Heaney Poverty Law Scholarship program.  Cate directs the certificate program in family law studies and has coached multiple regional and national student teams to finalist positions in skills competitions for the Law School.  Her service to students doesn’t end when they graduate.  Law alums frequently consult Cate on many matters, from adoption to juvenile delinquency to other family law issues such as child abuse, neglect, guardianships, and child custody.  She also provides pro bono legal support to local child welfare and adoption agencies and serves on the Creighton Inn of Court, established to mentor new lawyers in Omaha.  Holding both basic and family mediation certificates, Cate is dedicated to the resolution of disputes in ways that address justice, the disputants’ well-being, and understanding diverse viewpoints.

The legal treatment of children and adults in marginalized groups is a particular focus of Cate’s work.  She has written about the justice rights of Native American children and women, the equal access rights of children of gay and lesbian parents, legal representation and dignity rights of children who have suffered maltreatment, and rights of children to refuse medical treatment.  Most recently, she has co-authored two forthcoming books that merge theory and practice:  Handbook on the Practice of Family Law (2019) and Bridge to Practice:  Bankruptcy Law (2018).   This past year she has also written “white papers,” briefing University administrators on due process and other fairness concerns in rank and tenure evaluations.

The rank and tenure process has occupied Cate’s attention for the past six years as she has served on the University Committee on Rank & Tenure, first as secretary and now as chair.  With her leadership this year, the Committee has clarified critical information on the rank and tenure process for all the stakeholders.  Cate worked with the Provost’s office to design a robust web presence for Rank & Tenure containing (1) standards and guidelines of all the schools, colleges, and departments; (2) contact information for persons engaged in the R&T evaluation process; (3) the Faculty Handbook section on Promotion and Tenure; (4) lists of dossier requirements; (5) the timetable for applications; (6) a full narrative of the tenure and promotion application process; and (7) the current slide show presentation from the latest Forum, all at:  https://www.creighton.edu/provost/tenure-and-promotion.  Cate also produced a second Forum for Candidates in the fall semester, and she has led the creation of the Rank & Tenure Committee’s first Best Practices Workshop for Mentors and Evaluators, to be presented on May 4, 2018, under the auspices of the Provost’s Office.  Finally, Cate led the effort to update the Promotion and Tenure section of the Faculty Handbook to reflect more accurately – and more transparently – the rank and tenure process; the updates were unanimously approved by the Academic Council at its April meeting.

Cate's past history includes her work as an editor and co-author of The Nebraska Juvenile Court Procedures Manual.  She also authored "The Laws Response to Child Abuse and Neglect" in Law, Mental Health, and Mental Disorder, and published articles in Lawyers for Children, Behavioral Sciences and the Law, Criminal Behavior and Mental Health, and the Creighton Law Review.  During her career at Creighton, Cate has received nearly $500,000 in federal grant funding, for the establishment of a legal clinic and for scholarships for African American law students.

Cate was named one of the Ten Outstanding Young Omahans in 1994 and was appointed to the Nebraska Governor’s Commission on Juvenile Justice in 1997.  Prior to her appointment to the Creighton Law faculty, and before she created the Children's Rights Clinic at Seton Hall Law School and her appointment there as a clinical and classroom professor, Cate was served as an Assistant Deputy Public Defender for the New Jersey Department of the Public Advocate, representing children in child abuse and neglect cases for the NJ  Law Guardian Program.