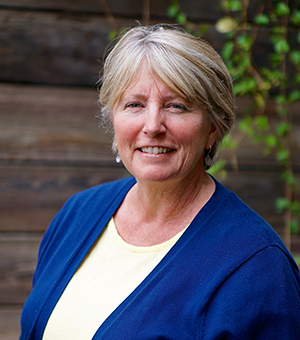 Dr. Mary Ann Vinton joined the Department of Biology in 1995.  She held the Clare Boothe Luce Chair for Women in Science from 1995-2000 and chaired the Biology department from 2005-2008.  Presently she is an Associate Professor in Biology and Director of the Environmental Science (EVS) Program, an interdepartmental degree program involving 20 faculty members from eight departments and granting a BS in EVS, a minor in EVS and a minor in Environmental Policy.  Her teaching and research interests are in the area of ecology and she teaches courses ranging from introductory biology and environmental science to a senior course in ecosystem ecology.   Research projects revolve around human-caused changes in plant communities and ecosystems in prairies and forests of the Midwestern region.   Human drivers of change include fire suppression, land clearing for agriculture and urban development, altered temperature regimes, and elevated carbon dioxide and nitrogen, all of which have major implications for key attributes of ecosystem health such as biodiversity, nitrogen pollution and carbon storage.   Recent projects have explored these changes, particularly as manifested in plants that have become more common or even invasive under these changed conditions.  Since 2016, Dr. Vinton leads an interdisciplinary project at Creighton on the Nebraska Sandhills, the largest grass-stabilized sand dune system in the Western Hemisphere and the key area of ground water recharge for the High Plains Aquifer.  Using an interdiciplinary approach involving art, social science and natural science, she and a team of Creighton faculty and students examine social and biophysical factors affecting the sustainability and conservation of this region.