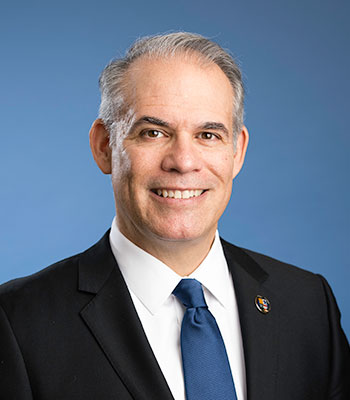 Professor Kelly coordinates the International and Comparative Law Program at Creighton University School of Law, including its nationally-ranked summer school program on international criminal law and the Holocaust in Germany: From Nuremberg to The Hague. He is past-president of the U.S. National Chapter and currently a member of the Board of Directors of L’Association International du Droit Pénal, a Paris-based society of international criminal law scholars, judges and attorneys founded in 1924 that enjoys consultative status with the United Nations. His research and teaching focuses on the fields of international and comparative law and Native American law. He is the author and co-author of seven books and over forty articles; his widely-cited work is among the top 3% downloaded from the Social Science Research Network (SSRN).

Professor Kelly's field work on genocide took him to northern Iraq where he also consulted with the Kurdish Regional Government on federalism and constitutional issues. He serves as Co-Chair with David Satola (World Bank) of the American Bar Association’s Task Force on Internet Governance, with whom he published a leading article on the European Union's "Right to Be Forgotten" as a cyber-privacy right in the Univeristy of Illinois Law Review and with whom he is currently working to develop a matrix tracking the migration of human rights from the physical world into the digital world as Internet Human Rights.  Professor Kelly is a Corresponding Editor for the American Society of International Law's flagship publication International Legal Materials, and served from 2012-2015 as a member of the President’s Advisory Committee on Global Engagement for the American Association of Law Schools (AALS).

Cuba Policy
After 60 years, American foreign policy is changing with respect to Cuba. Professor Kelly has been on the front lines of that change as an expert on the international law of expropriations. Professor Kelly wrote the grant that USAID awarded to the School of Law calling for creation of a model Cuba/U.S. bilateral property claims settlement tribunal which can be used to settle the claims of companies and citizens whose property was confiscated by the Castro regime when it came to power in 1959. Professor Kelly and the team of six law and political science faculty tasked with building this model reported their recommendations as a book on The Resolution of Outstanding Property Claims Between Cuba & the United States (Creighton University Press 2007). He testified in Congress in 2010 on this issue as it relates to lifting the embargo on Cuba.
Since the President’s December 2014 announced changes on Cuba policy, Professor Kelly and Creighton faculty have taken many interviews on this subject following up on a larger article in the Boston Globe, including those from Bloomberg, the Wall Street Journal, the Miami Herald, Globe & Mail, Washington Post and Associated Press.  Their supplemental work in the area produced another book, the Cuba-U.S. Bilateral Relationship: New Pathways & Policy Choices (Oxford University Press 2019), that Professor Kelly had the opportunity to present to Pope Francis at a meeting in the Vatican in appreciation for his role in re-opening U.S.-Cuba relations in 2014.