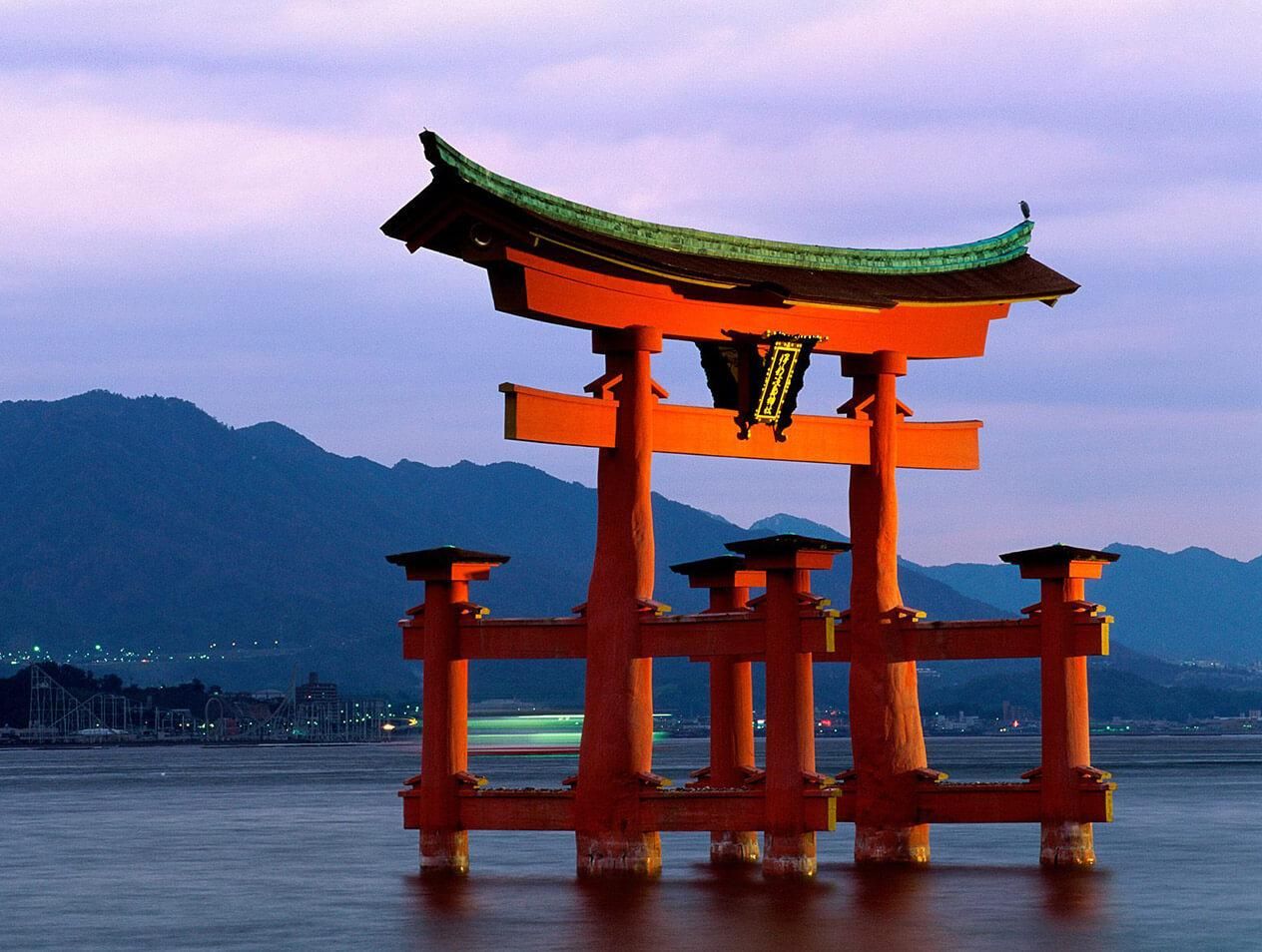 Topic: The Assassination of Shinzo Abe and His Political Legacy In the Troubled Times of Japan

The AWC concludes the 2021-2022 Florick World Affairs Lecture Series with the last and in-person presentation "The Assassination of Shinzo Abe and His Political Legacy In the Troubled Times of Japan" on November 18, 2022, starting at 12:30 pm in room 105 at the Skutt Student Center. Buffet-style lunch is provided, limited seats, first come first serve.

This event is sponsored by the Creighton Department of Political Science & International Relations. 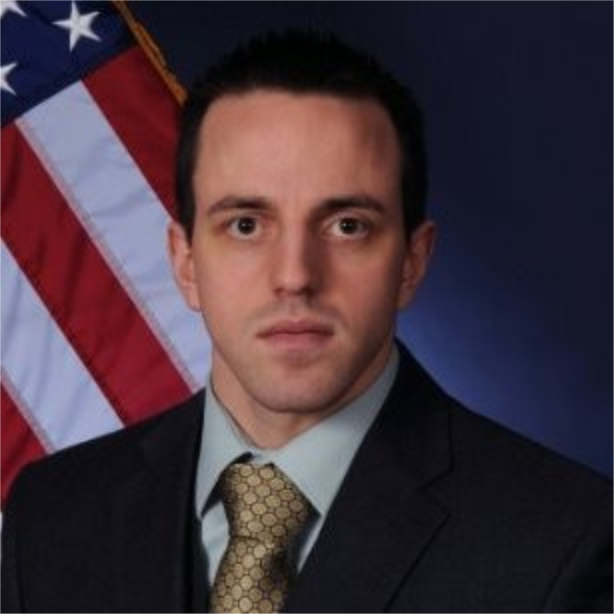 Davis Florick is assigned in the Office of the Secretary of Defense for Policy where he is working on the issues of Afghanistan and over-the-horizon counterterrorism. Previously, he served as the Chief of Staff for the Assistant Secretary of Defense for Homeland Defense and Global Security and as a Special Assistant for the Under Secretary of Defense for Policy. Davis was the number two author for both the 2018 Nuclear Posture Review and the 2019 Missile Defense Review. Mr. Florick earned a master's degree in East-West Studies from Creighton University and a second master’s degree in Business Administration from the University of Virginia. He is currently working on a PhD in Political Science from Missouri State University. His non-DoD think tank endeavors include a 2016 WSD-Handa Non-resident Fellowship with the Pacific Forum (Honolulu, HI) and a Senior Fellowship with the Human Security Centre (London, UK). In 2015, Davis graduated from the Center for Strategic and International Studies (CSIS) Nuclear Scholars Initiative program. Davis has been interviewed, in print, by “Voice of America” regarding North Korean tunnels under the Demilitarized Zone and, on public television, with “Consider This…” where he discussed the upheaval in the Ukraine.

Shinzo Abe’s political legacy was his ability to pull Japan to meet the threat posed by China. Shinzo Abe’s second term as Prime Minister started with two tremendous challenges: (1) China’s increasingly threatening posture toward Japan and (2) Japan’s continued economic stagnation. By changing Japanese defense policy, Prime Minister Abe put the Japanese military on a much stronger footing against China. The military is now better resourced, can start thinking about what collective self-defense with the United States and other regional partners might look like, and is better able to execute overseas operations. As a result, Tokyo has better capabilities and is seen by adversaries, particularly in Beijing and Pyongyang, as having greater credibility. Taken together, this gives Japan a stronger deterrent. Under Prime Minister Abe Japan also strengthened its regional policies, improving diplomatic and economic relationships through Asia, including Southeast, South, and Central Asia. Although Japan cannot compete with China’s largesse, its technological prowess and the reputational value it brings to bear make it an attractive partner for many states in these developing regions. Prime Minister Abe Japan’s strengths to gradually strengthen regional integration and help prevent China’s ability to coerce a number of regional partners. While his domestic policies did not succeed in the same manner, his foreign economic policies played an important role in preserving Japan’s relationships in Asia. Taken together, Shinzo Abe’s political legacy will be the path he put Japan on to meet the threat posed by China.

Creighton University’s Asian World Center is proud to host and sponsor 2022 NAKPA (North American Korean Philosophy Association) Annual Conference. The meetings, with about 20 speakers from all over the world and many of them from Asia, will take place at our own campus at Room 2046 in Harper Center on November 14 (Monday), the first day of the three-day conference in Omaha. This year, the theme of the NAKPA conference is: "Korean Philosophy and the World”. All lectures and panels are free and open to the public. We are also pleased to host Professor Robert Buswell, Jr. (UCLA), world-renowned expert on East Asian Buddhism (Korean and Sinitic Buddhism) as our keynote speaker on Nov. 14 (Monday)17:00-18:00. Prof. Robert E. Buswell, Jr. will deliver the lecture entitled “Chinul’s Centrality to the Korean Buddhist Philosophical Tradition”. Everyone is welcome. For details of the program please see the attached link concerning lectures and panels. For questions, contact Professor Maorong Jiang (maorongjiang@creighton.edu) or Professor Halla Kim of Sogang University of South Korea (kim.halla@hotmail.com) 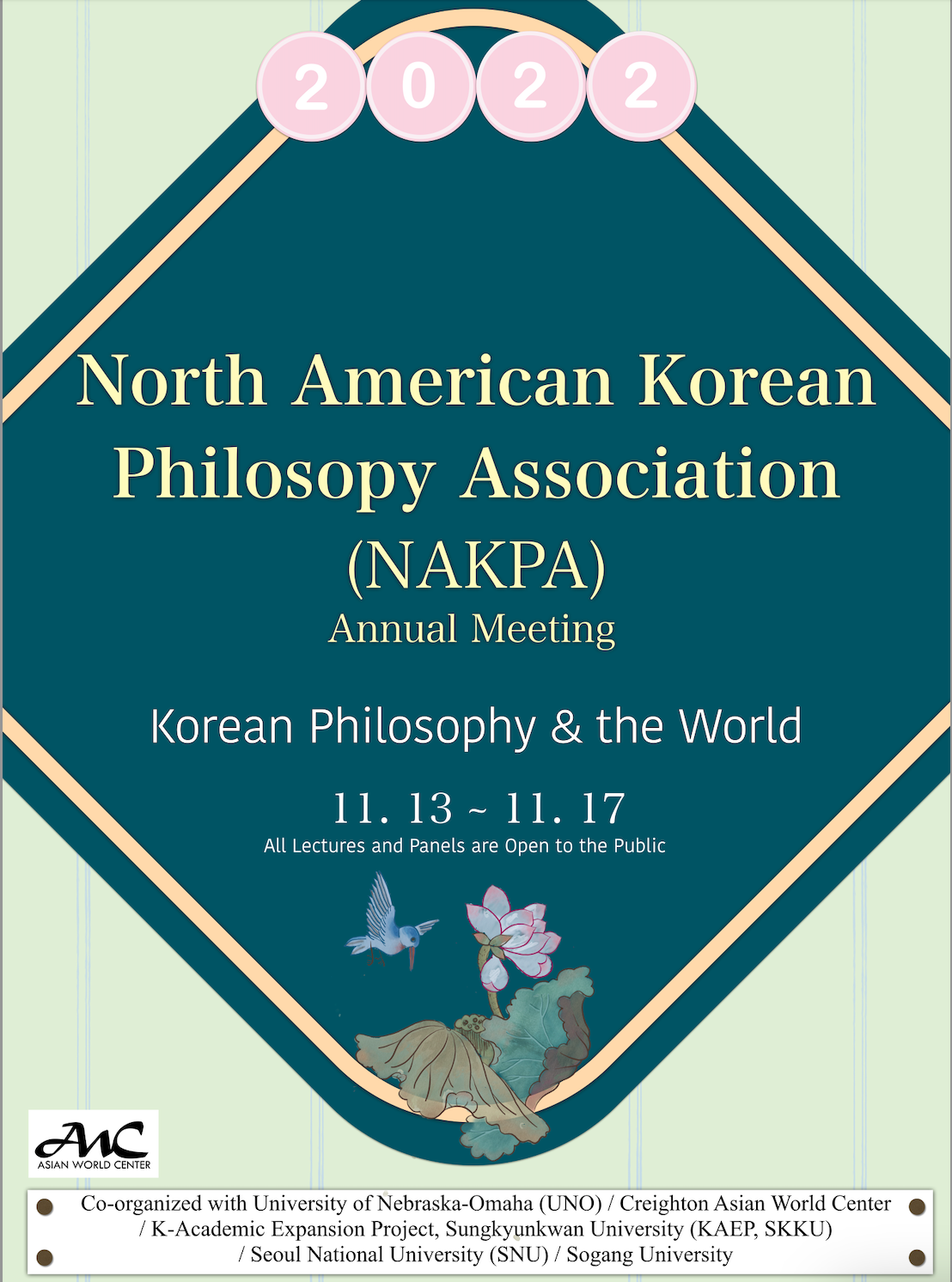 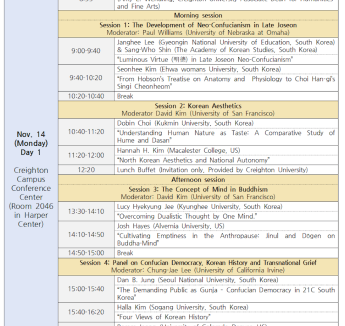 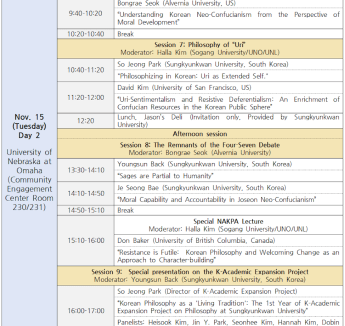 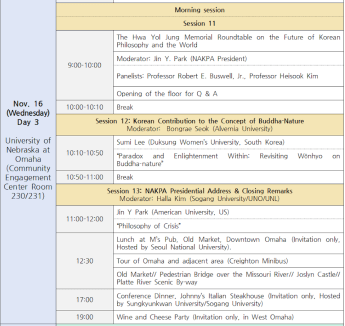 The Asian World Center is proudly presenting the stories and perspectives of six Creighton students who will share their appreciation of Asian American culture virtually. The panel is organized by the Asian World Center, with support from the Department of Political Science and International Relations and the University Non-Western Study Program.

With support from the University Non-Western Study Grant and sponsorship from the Department of Political Science and International Relations, the Asian World Center is proudly celebrating the accomplishments of Asian Americans for its 16th Annual Asian Culture Week in a fully virtual experience! This week includes an online photo exhibition, a visual documentary screening, and web-based stories of Asian Americans selected for their dedication to the nation and contributions in their respected fields. 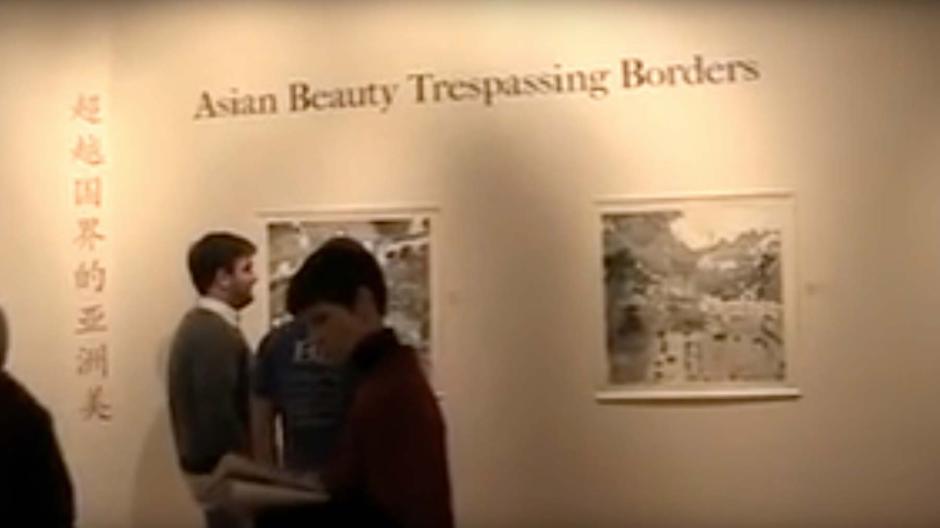 At a Nebraska World Affairs Council Webinar on October 21, 2020, Maorong Jiang joined political science professor Hannah Kim of the University of Nebraska at Omaha, and shared his views on the future relations between the US and China. Jiang states that both the US and China need to “reset” their relationship, an important and vital step before jumping to the simple assumption that the US and China will have to either reengage or decouple from each other. He suggests that the US must intentionally and purposefully nurture a developing China, with its state-run capitalism and socialist system under authoritarian rule, as a global partner serving US long term strategic objectives. Jiang's talk was part of the research project supported by the grant from the US Department of Homeland Security.