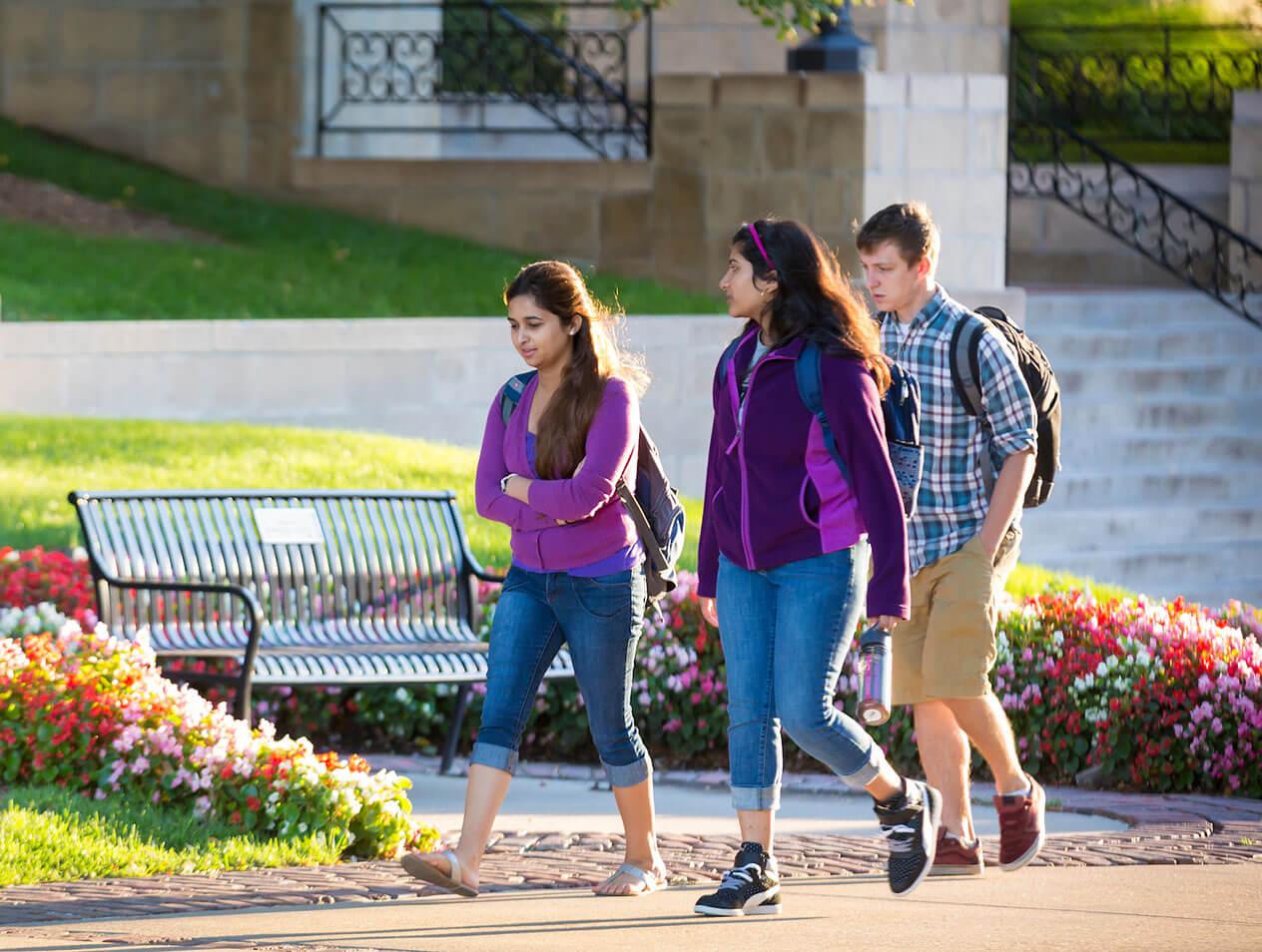 Japanese is spoken mainly by Japanese living in Japan and in Japanese communities around the world. It started out as a spoken language without a written script. Around the 3rd century, after encountering the Chinese civilization, the Japanese language borrowed the Chinese characters to transcribe spoken Japanese. During the 8th century, the current three writing systems were compiled from Chinese characters. Japanese has five vowels. The combination of a consonant and a vowel makes a syllable. The sound of Japanese is rather simple. Accents on syllables are determined by pitch.

Over 130 million people in the world speak Japanese.

Students want to learn Japanese for many reasons:

JPN 111 Beginning Japanese I
Students will learn Hiragana and Katakana writing systems. Basic daily conversational expressions and sentence patterns with the formal form will be taught.

JPN 112 Beginning Japanese II
80 Kanji characters will be introduced in this class. Students will be able to recognize the formal form and the plain form.

JPN 225 Intermediate Japanese
Students will learn new Kanji. Proficiency-based learning is emphasized. The male and the female forms as well as colloquial talk will be learned. Students learn to distinguish honorific expressions in different level of formalities. Cultural and social learning are also important for foreign language learning.

Currently, the following courses are offered every other year.

JPN 313: Japanese Popular Culture
This course will explore the aspects of the popular culture in Japan. It is an interdisciplinary course in English.