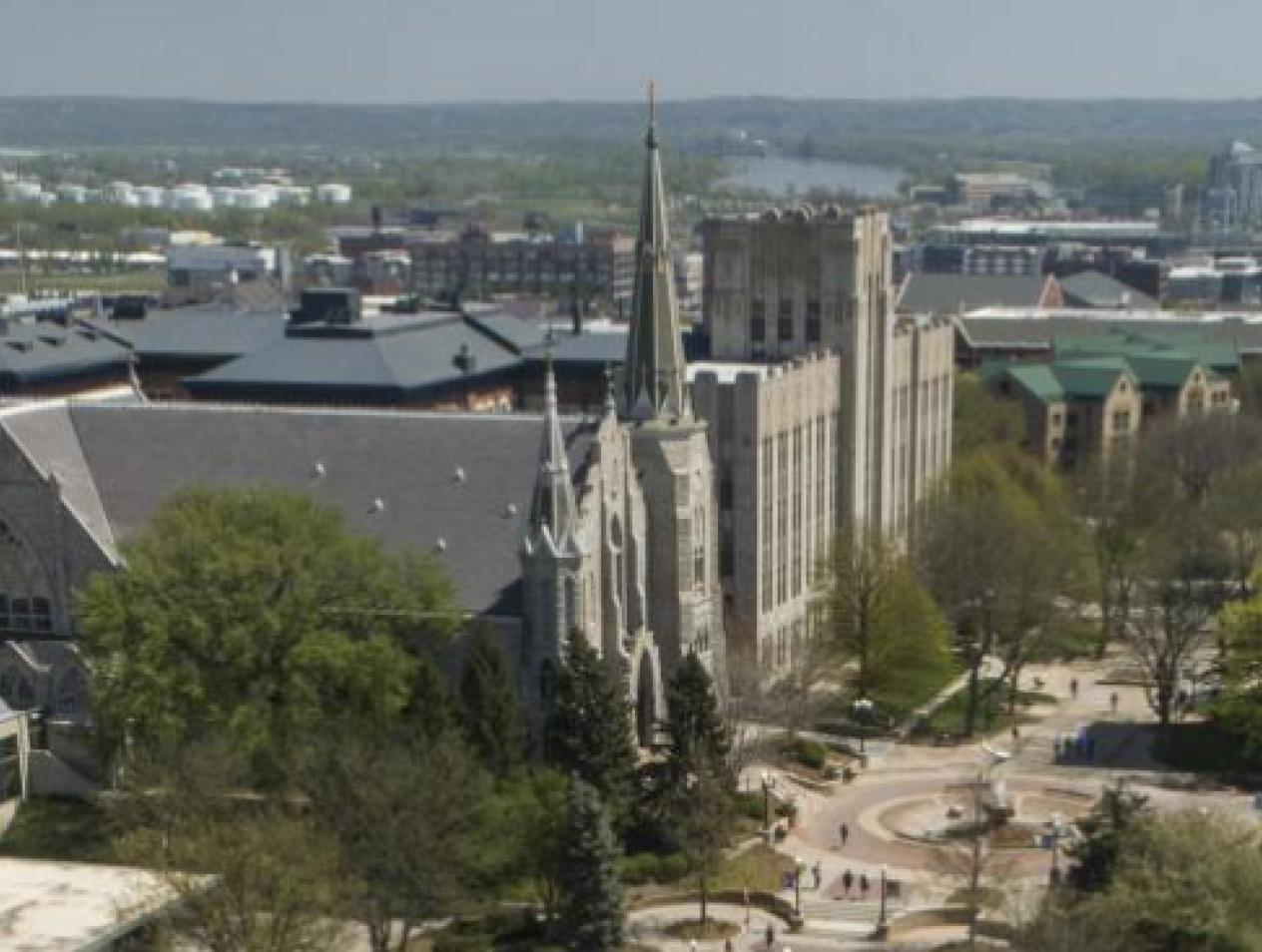 While attending the University of Iowa, Dean Culhane was a member of the Order of the Coif and the recipient of the Iowa Bar Award of Merit. She joined the Creighton faculty in 1977 after serving as law clerk to the Honorable Donald P. Lay of the United States Court of Appeals for the Eighth Circuit and practicing law in Omaha. She has served on the Board of Trustees of the Iowa Law School Foundation and the Board of Directors of the Omaha Legal Aid Society.

Professor Culhane and Professor Michaela White were the principal investigators for a nationwide empirical research project on reaffirmation practice in bankruptcy with grants from the National Conference of Bankruptcy Judges and the Nebraska State Bar Associations Bankruptcy Section. Professors Culhane and White also drew national attention in 1999 with their empirical research on individual Chapter 7 debtors.  At that time, VISA and other national consumer creditors alleged that at least 33% of individual debtors filing Chapter 7 bankruptcy actually had the means to pay a substantial part of their debt, and thus should be required to make payments over 5 years in Chapter 13 rather than getting a discharge in 1 year or less.  Culhane and White built a random sample database of 1041 actual Chapter 7 cases from across the nation, and applied the proposed means test to that sample.  They found that at most 3.6% of those actual debtors would have been barred from Chapter 7 by the proposed means test.  The study was exhaustively reviewed by the US General Accounting Office, which approved Culhane and White’s methods and results. Their means-testing study was supported by a research grant from the American Bankruptcy Institute. Congress did not adopt VISA’s suggested changes. During the summer and fall of 2003, Professor Culhane served in Alexandria, Virginia, as Visiting Scholar with the American Bankruptcy Institute.

Professor Culhane became Dean of Creighton University School of Law in 2010 and previously served as Interim Dean from July 2007 to June 2008. She retired as dean and professor in May 2015. Dean Culhane introduced an accelerated option for Creighton law students, allowing them to complete their legal education in just 2 full years, by taking classes during the summer before other first-years start in the fall, and again in the summer after their first full year. That option continues to the present.

While attending Creighton University School of Law, Professor Dickhute ranked third top oralist in the regional Jessup International Moot Court Competition, served on the Domestic Moot Court Board and as a representative to the Student Bar Association. She served as a law clerk to the Honorable Leslie Boslaugh and Chief Justice William Hastings, both of the Nebraska Supreme Court. Previously she was associated with the Omaha firms of Kutak Rock and Steier, Rogers and Pistillo. She previously taught in the Legal Assistants Program at Metropolitan Community College in Omaha, where she was awarded the Outstanding Teacher Award by Phi Theta Kappa, the national scholastic honor society for two-year colleges. She has been a guest lecturer for the Nebraska Association of Legal Assistants in the areas of recent changes in Nebraska bankruptcy practices and career researching and interviewing. She has conducted continuing education seminars for real estate agents and brokers in the area of foreclosures.

As the associate dean for professional development, Professor Dickhute placed second and third year law students in legal positions with not-for-profit entities to gain valuable legal experience, and worked with the Career Development Office creating educational programs to help students develop their job hunting  and networking strategies. Professor Dickhute retired in 2016 and was promoted to Emerita Professor of Law.

Before joining the Creighton law faculty Professor Mahern was the Director of the Elder Law Clinic at Thurgood Marshall School of Law in Houston, Texas from 1985-1992. Prior to becoming involved in clinical education she was a legal services attorney in Texas from 1983-1985, specializing in consumer law and in Indiana from 1980-1982, specializing in family law. She has published articles on legal problems of the elderly in the Texas Bar Journal. She directs and teaches the Creighton University School of Law Abrahams Legal Clinic. Professor Mahern is unable to answer legal questions.

Following graduation from New York University Law School, Professor Melilli clerked for the Honorable William C. Connor on the United States District Court for the Southern District of New York. He served as Assistant United States Attorney in Washington, D.C., and then Rutland, Vermont. Prior to joining the Creighton law faculty, he was a Professor of Law at Albany Law School, where he taught from 1987-2000.

While attending Duquesne University, Dean Pearson was a member of Order of the Barristers and Law Review. He was Assistant Attorney General, Department of Environmental Resources, for the Commonwealth of Pennsylvania from 1972-1976; attorney for the Office of General Counsel, United States Environmental Protection Agency from 1977- 1979; and Associate Chief Counsel for the Presidents Commission on the Accident at Three Mile Island in 1979-1980. He became the associate dean for administration and finance in July 2012. Professor Pearson retired in 2015.

Rodney Shkolnick graduated from the University of Iowa Law School in 1955 and began practicing law in Ottumwa, Iowa. He left practice to take a position as a Problems and Research instructor at the University of Michigan Law School in Ann Arbor in 1959. Professor Shkolnick joined the faculty of Creighton University School of Law in 1960. He began teaching his signature course, Contract Law, in 1965. For 35 years Creighton students learned contracts and how to think like a lawyer from this beloved professor. Professor Shkolnick became assistant to the dean in 1970 and associate dean in 1971. Seven years later, in 1978, he was named Dean of the Law School and he served in that capacity for ten years. In 1985, Rodney and Lois Shkolnick established the Rodney & Lois Shkolnick Scholarship Fund. In 1994, he was awarded Dean Emeritus status, the most prestigious honor a university can bestow on a member of the faculty and administration.

While attending Creighton School of Law, Professor Volkmer was a member of Alpha Sigma Nu and the first Editor-in-Chief of the Law Review. He was a teaching fellow at the University of Illinois during the academic year 1968-69. He joined the Creighton faculty in 1969. While on sabbatical leave during the 1975-1976 academic year, he was a Cook graduate fellow at the University of Michigan. He has written articles for the Creighton Law Review and the Iowa Law Review. He is a member of the House of Delegates of the Nebraska State Bar Association and is an Academic Fellow of the American College of Trust and Estate Counsel. For ten years he authored a column entitled “Recent Fiduciary Decisions” in Estate Planning Magazine. Professor Volkmer led or co-led law school students on an immersion trip to the Dominican Republic regularly since the trip was founded. His sense of service and faith is profound and his actions inspire new generations to follow his example. The Dominican Republic trip is part of Professor Volkmer’s legacy, and the Law School and Creighton University’s Division of Mission and Ministry renamed the law school’s DR trip to the Ronald Volkmer Dominican Republic Immersion Trip. Professor Volkmer retired in 2016.

Professor Whitten joined the Creighton School of Law faculty in 1977. He was law clerk to the late Honorable James Braxton Craven of the United States Court of Appeals for the Fourth Circuit from 1969-1970; a teaching fellow at Harvard Law School from 1970-1972; and a professor at the University of South Carolina School of Law from 1972-1977. With Professor Randall Bridwell, he co-authored The Constitution and the Common Law (D.C. Health 1977); with Professor Larry Teply, Civil Procedure (Foundation Press 1994); and with Professors Luther McDougal and Robert Felix, American Conflicts Law: Cases and Materials (3d ed. Michie/LEXIS 1998). He has also written articles for the American Journal of Comparative Law, Arkansas Law Review, Maine Law Review, Hastings Constitutional Law Quarterly, Memphis State Law Review, Creighton Law Review, North Carolina Law Review, and Duke Law Journal.