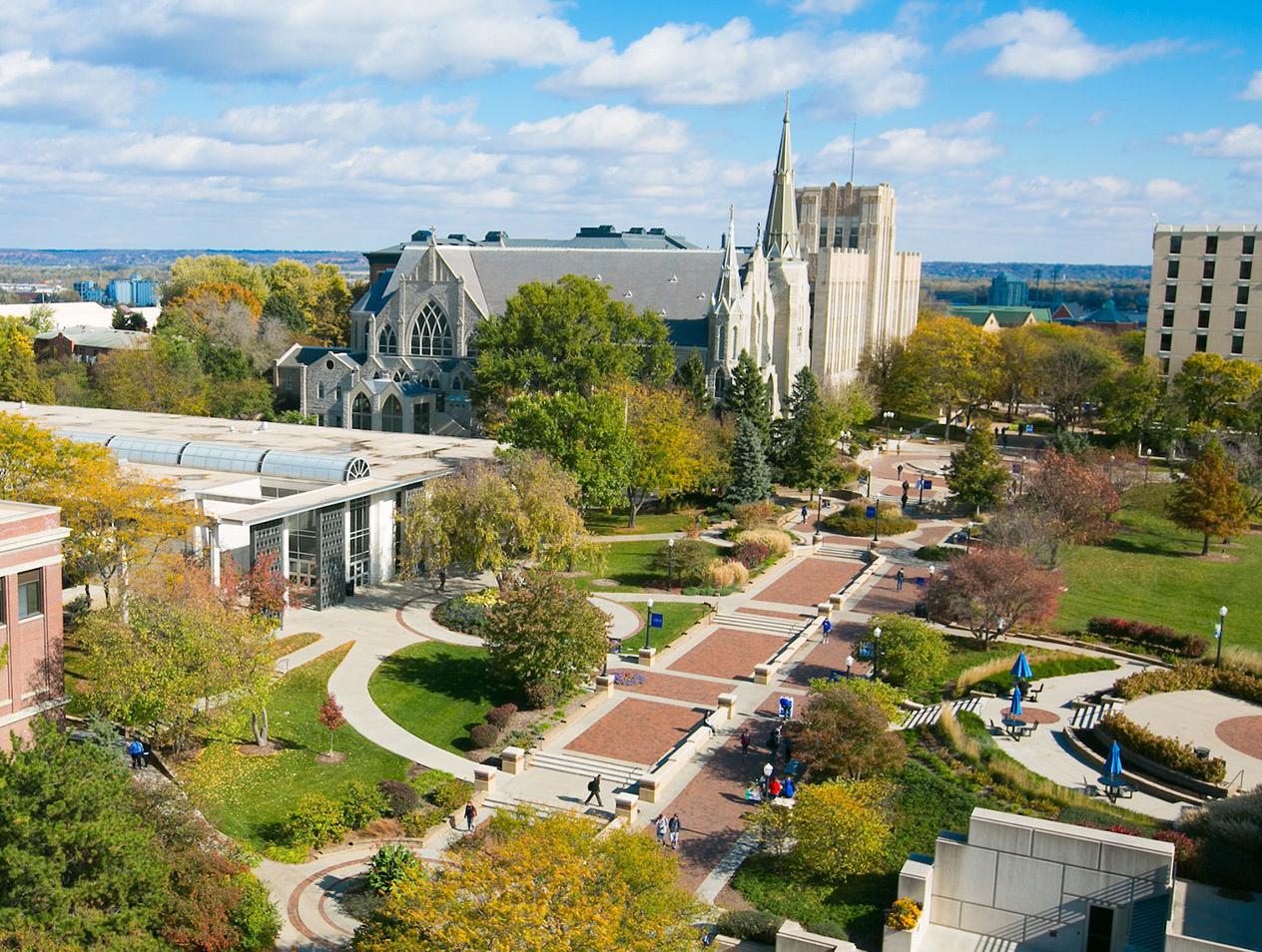 Jesuit colleges and universities were not yet coeducational when Alpha Sigma Nu (ΑΣΝ) was founded at Marquette University in 1915. The second chapter of the society was established at Creighton University in 1921. Within a decade of ΑΣΝ's founding at Marquette University, chapters were established at St. Louis University and the University of Detroit.  Alpha Sigma Nu and Gamma Pi Epsilon pursued separate but similar paths for almost 50 years, expanding nationally and cooperating on campuses where they existed together. The society born of their merger in 1973 is now open to men and women at Jesuit institutions of higher education.

Alpha Sigma Nu is unique among honor societies in that it seeks to identify the most promising students in Jesuit institutions of higher education who demonstrate a commitment to the ideals of Jesuit higher education: scholarship, loyalty, and service. Invitation to ΑΣΝ is one of the highest honors bestowed at Jesuit institutions including Creighton University. (Click here to visit the Central Office Alpha Sigma Nu website to learn more about the history of this organization.)

The name "Alpha Sigma Nu" signifies the Greek words Adelphotes Scholastikon Nikephoron, meaning the company of honor students. The key of the society bears the three Greek letters ΑΣΝ together with the eye of wisdom. The society's colors are maroon and gold.

Scholarship is the most important qualification for membership in ΑΣΝ. This reflects the primarily intellectual purpose of higher education. A high grade point average alone does not demonstrate true Scholarship, nor does the mastery of information and specialized knowledge.

Admission to ΑΣΝ recognizes those persons as scholars who possess a depth of comprehension and a breadth of knowledge. Alpha Sigma Nu honors those students who have a passion for knowledge, the world of ideas, and critical analysis. The true scholar realizes that education and knowledge are lifelong pursuits, and the true scholar never loses contact with the world of reality beyond the library or the classroom. Through a sane and balanced integration of experiences, the scholar advances in both knowledge and wisdom. Humility is a mark of true scholars who continue to develop their intellectual gifts with the awareness that they pursue a standard set by God, who alone is wise.

The qualification of Loyalty as defined by ΑΣΝ means an intellectual appreciation of Jesuit ideals of higher education and a commitment to these ideals on the intellectual, social, moral, and religious levels.

To be loyal to these ideals means developing a deep sense of decency and a responsibility to truth and justice. It might mean occasionally going against the grain of our society and embracing unpopular positions. It will always mean a deep commitment to moral convictions and an abiding effort to advance the good of society and the well being of its citizens.

Service to our fellow human beings is an integral part of the philosophy of Jesuit education and thus of ΑΣΝ. Knowledge should not exist in a vacuum; it should build up and ennoble the world we live in. This is why a distinguished academic record alone is insufficient for admission to ΑΣΝ; there must be a dimension of service to others. As a student, this is demonstrated by giving freely of time and energy to the university, its student government, publications, cultural and religious organizations, service programs, and athletics. It also means giving as freely to less recognized activities, even to such intangible pursuits as the preservation of sound student morale. Alpha Sigma Nu expects its members to be lifelong contributors to campus and community organizations and activities. This Service reflects a concern for the welfare of our society.