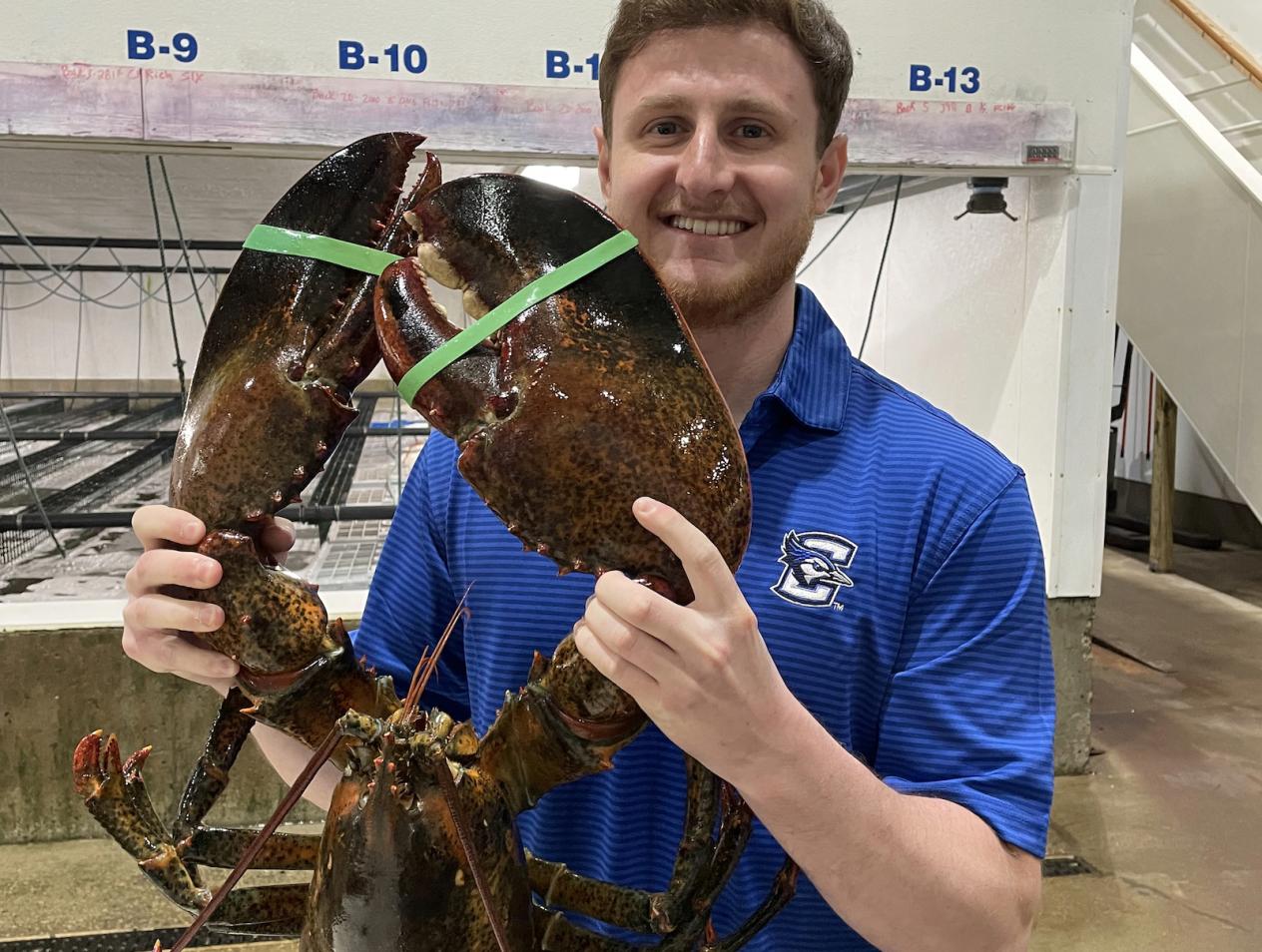 END_OF_DOCUMENT_TOKEN_TO_BE_REPLACED

“Where there is data, there is always a need to analyze it,” says Ben Segal, BSBA’20.

And in his case, the data took him to the rocky coast of New England’s lobster industry, a far, far cry from the sweeping prairies of the Great Plains of his college days.

“No matter the industry, there is always a need to dig deeper and understand what is going on from a quantitative perspective,” he says.

Segal didn’t intend to spend his days analyzing the lobster market. Nor did he expect this market to be as complex as it is. But he quickly learned that it isn’t just the size of the lobster that influences price; other factors, such as gender (some cultures overseas prefer one gender over the other) and hardness of its shell (mature hard shells are more expensive than their younger, firm counterparts) dictate market value.

All the factors that affect pricing, coupled “with a market that fluctuates almost as much as the S&P 500,” makes lobster data analysis “quite the learning experience,” Segal says.

The recent business intelligence and analytics (BIA) graduate works as a business analyst for Maine Coast, a live lobster wholesale company based in York, Maine. While his primary responsibility is creating weekly reports graphing the company’s per-pound sale price for the week, his position involves much ad hoc-project work.

“Don’t be afraid to go off the beaten path. I did not expect to be in this industry whatsoever, but I am using the knowledge I gained at Creighton in a way that is very satisfying and fulfilling.”
— Ben Segal, BSBA’20

Since joining Maine Coast 10 months ago, “no two days have been the same,” Segal says. It’s one of the things he likes most about his work.

He is not a complete stranger to New England’s fishing industry. Segal originally is from Bow, New Hampshire. In choosing Creighton, he fulfilled his desires to experience life in a completely different region, to be part of a tight-knit community and to benefit from a smaller-sized school with big university programs and opportunities.

Segal says the knowledge he acquired as a BIA major has readily translated into day-to-day tasks in his Maine Coast position, and he attributes Creighton’s community-focused atmosphere, as well as numerous collaborative classroom projects, to making him a better team player. He values the Heider College of Business holistic approach to education, in which theology, psychology and other liberal art classes round out business coursework.

“Creighton also gave me the tools to smoothly transition into the workforce. Supplementary events, such as the etiquette dinner and mock interviews (offered through the Career Portfolio Program), actually helped me a lot with adjusting to a professional setting,” Segal says.

But his time at Creighton didn’t just feed his intellect. Segal says it also expanded who he is as a person.

“The ‘set the world on fire’ attitude pushes me to achieve my goals and the Jesuit values help guide me to be a better person,” he says.