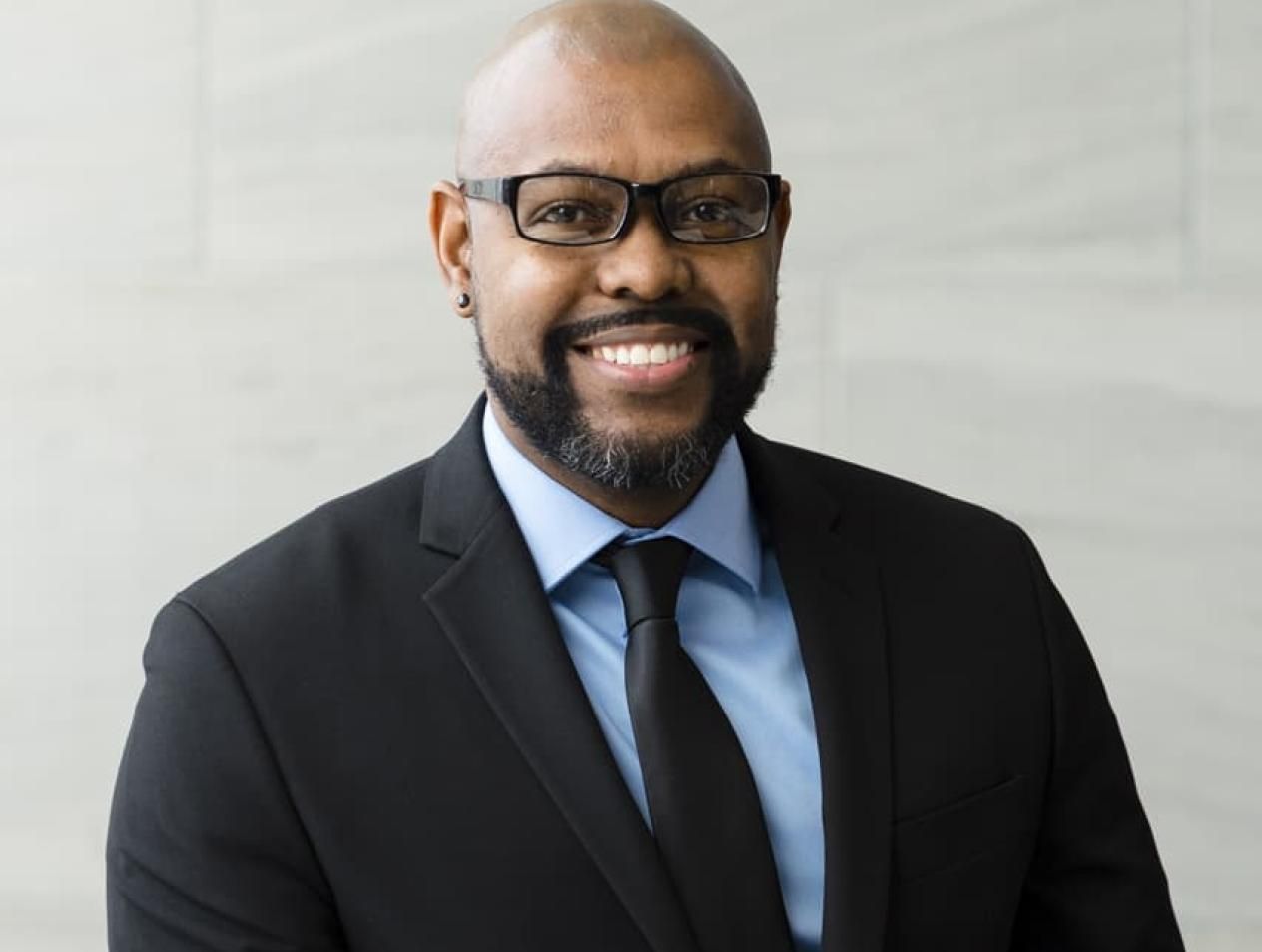 "Playing to win" was a mantra Dr. Charles Thomas Jr. was taught very early in life by his parents. “Whatever it is you want to do, go out there and make it happen,” his mother would tell him. 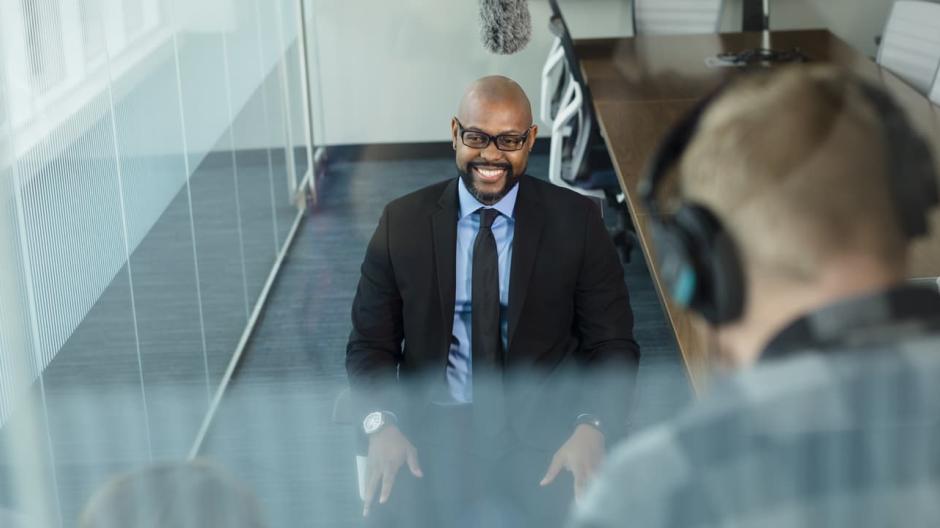 Thomas took those words to heart. And it paid off.

With four college degrees and four years of Division I basketball under his belt, Thomas decided early on that no challenge was too big or too daunting. Today, Thomas is CEO and Co-founder of Clear Cloud, a flourishing cloud engineering company he started approximately two years ago that offers specialized cloud services to Intelligence Community customers.

Growing up in Flint, Michigan, Thomas describes his upbringing as the melding of three worlds: a strict upbringing by parents who taught him a strong work ethic; a private high school where academics and smart wit were rewarded; and the streets of Flint where sports ruled and he learned the meaning of raw hunger and desire. It’s what molded him into what he is today. Flint made, he likes to call it.

This upbringing taught him valuable life skills that have served him well in his academic and professional lives. “It was always hustle, hustle – get it done,” he recalls. “Being taught how to think, how to lead, how to engage. Yes sir. No sir. How to read people, how to know how they’re sizing you up, what’s the competition, is this a friend or foe?”

My parents always told me, if you're not the smartest, it doesn't really matter. What matters is the deliberate focus and the intentional practice on whatever that goal is.”

So Thomas found a focus. Throughout his childhood and college, sports and books kept him aligned.

As a child, he aspired to be a professional basketball player for the Chicago Bulls. He attended Notre Dame and walked on to the basketball team. By the second half of the season during his second year, he was on an athletic scholarship.

He completed a degree in science-business and went on to get an MBA from the University of Texas, San Antonio.

But Thomas was just getting started.

His attention turned toward Creighton when basketball star Kyle Korver dominated the courts. “Once I got past the basketball part, I started to do my homework and realized what Creighton had to offer academically,” he says.

But it was the feeling that lingered after visiting the campus that ultimately led him to make the decision to come to Creighton.

“I could feel it as soon as I stepped onto the campus and started interacting with people, explains Thomas. “There’s a high level of thoughtfulness. Be the best at what you’re doing. Pursue excellence.”

It was that old familiar mantra that he learned growing up. It resonated with him immediately. “The Jesuit education challenges you in how you think, how you engage and how you treat other people. It goes beyond the academic and professional stuff – it teaches life lessons. I wanted to find complementary degrees to my undergraduate and MBA and Creighton made sense to me.”

“My first experience at Creighton was so powerful, that I ultimately decided to stay at Creighton for my doctorate,” he says. “I understood the people. I felt connected to the university.”

Thomas says the leadership program challenged him like never before. “The people I met, the books that we read, the knowledge that I gained in the subject matter of leadership, it completely changed the nature of how I engage with other people.”

Thomas took most of his courses online, an option he calls “borderless learning.”

“It’s without borders in terms of how people engage,” he explains. “When people can go to class every week they can sit in the back and be quiet and they don't have to engage. You don't have that option in the borderless world. Within the first three days, you have to start engaging with your professors and peers. You have people from all parts of the United States and internationally from whom you can learn. I still talk to those people to this day.”

Thomas excelled in the classroom at Creighton. In 2013, he was inducted into Alpha Sigma Nu, the Jesuit honor society. He was also named one of 100 recipients of Alpha Sigma Nu’s Magis Medal — which honored outstanding members in celebration of its centennial anniversary.

Thomas is also a passionate supporter of his community through service and philanthropy, a practice he says was solidified at Creighton. “The Jesuits talk about what it means to engage in the human condition,” he says. “They discuss how the whole world is your house. That’s my life mindset.”

He also shares this philosophy through a life-skills class he has been teaching since 2013 through Opportunities, Alternatives and Resources (OAR) of Fairfax County, Inc. — a nonprofit restorative justice/human services organization that assists inmates so that they can rebuild their lives once they leave jail. He recently ended his tenure as board chairman in July 2019.

Thomas also serves on the executive team of the Shelter House Board of Directors. Shelter House is a non-profit organization focused on those experiencing homelessness and domestic violence.

At Creighton, he serves as a board member on the Graduate School’s Alumni Advisory Board and National Alumni Board and is an adjunct professor at the undergraduate, graduate and doctoral levels. In addition, he was awarded the prestigious 2020 Alumni Merit Award. He has been recognized with the Rising Star Award by the Washington Business Journal, as an Emerging Influential Leader of the Year by the Northern Virginia Chamber of Commerce, and is a two-time National Intelligence Professional Award and three-time 40 Under 40 recipient.

“For me, it’s about playing at the highest levels I can, whatever that may be,” Thomas says. “Whether that’s philanthropically, educationally, or professionally. Creighton presented to me another opportunity to take the skills and the knowledge and the things I wanted to become and grow them here.”

Like the directive he was given by his parents years ago and was reinforced during his years at Creighton, Thomas does his best to live by this decree today: “With whatever time we have on this planet, I think we’re obligated to give and to be the best that we can be. And Creighton will challenge you to do that.”