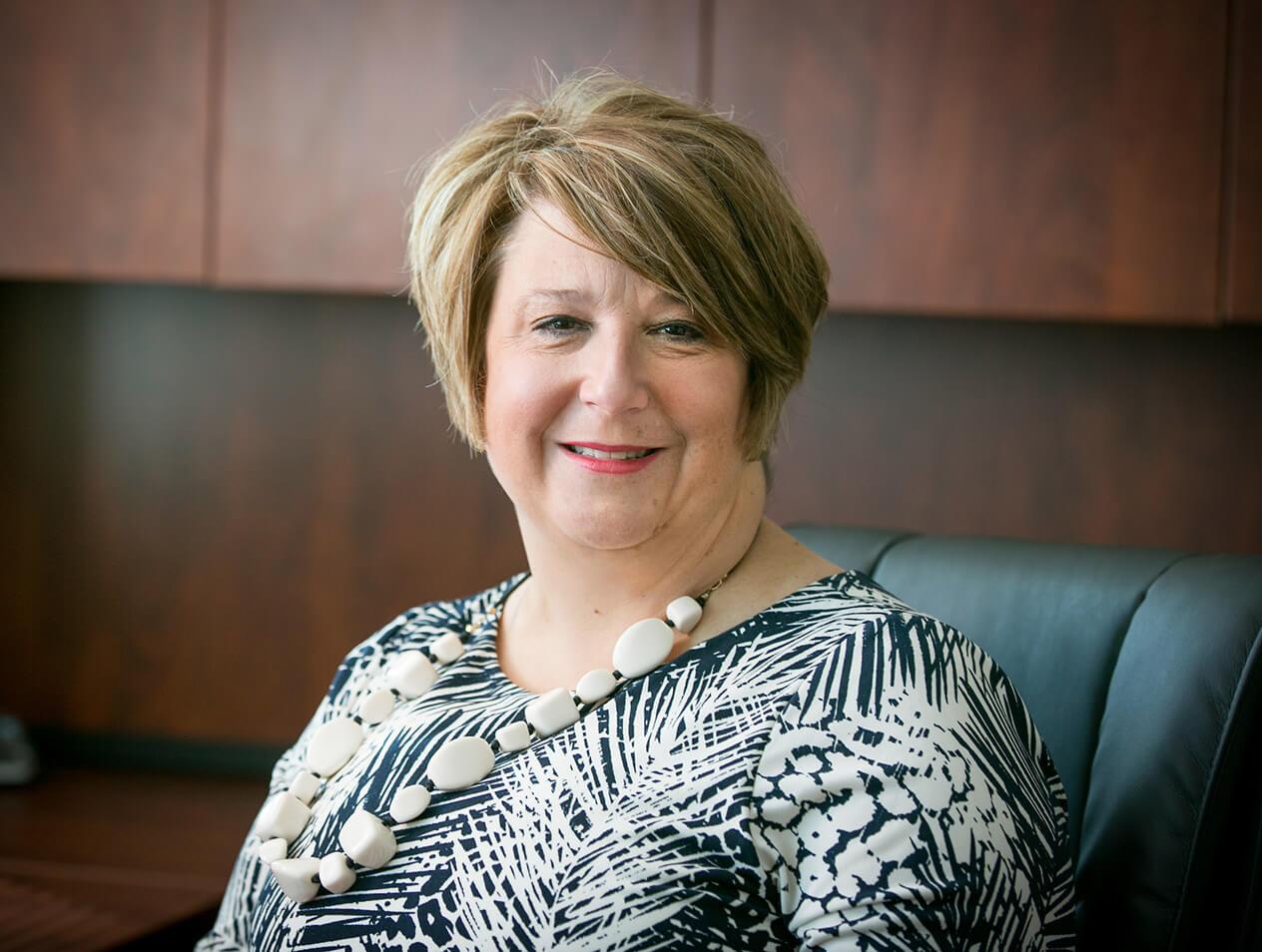 Amy Badura Brack, PhD, professor of psychology, knows her calling. After completing her undergraduate degree, she worked in a treatment center helping victims of abuse. She was astounded by how well the mind tried to cope with traumatic events and how long-lasting the effects of trauma could be. Ever since, she has been researching trauma, its effects over time and ways to help the mind cope.

Combat veterans are often impacted by trauma, and many develop symptoms of post-traumatic stress disorder (PTSD), which can be distressing and impairing for years after a service member returns to civilian life.

Badura Brack explains that typical PTSD treatments are only partially effective, and that the most effective method of psychological treatment – prolonged exposure therapy – is emotionally difficult, requiring clients to directly address the worst thing they have ever experienced. Not surprisingly, this drains and taxes both therapists and clients.

The new intervention tested by Badura Brack, is “at worst boring,” she says, and perhaps at best “very low cost,” both emotionally and financially. The intervention requires playing a simple computer game to retrain attention to potentially threatening information.

Previously, researchers at Tel Aviv University in Israel and at the National Institute of Mental Health (NIMH) had tested an attention training program for people with anxiety. At Ease USA – a Nebraska-based organization that connects active military personnel, veterans and their loved ones with trauma treatment and therapeutic support – became interested in funding a trial of Tel Aviv University’s work stateside to see if it could inform PTSD treatment. They interviewed Badura Brack and she embarked on the project, working closely with Israeli colleagues. Her lab became the first U.S. facility to test this attention training intervention for PTSD.

Amazingly, after only eight, 10- to 15-minute sessions with the computer program, the veterans’ symptoms were significantly reduced – on average below diagnostic thresholds for PTSD. Additionally the brains of veterans with PTSD began to behave more like healthy, non-PTSD brains, Badura Brack observed. Finding a potential simple, new and effective treatment for PTSD is a significant contribution to the field. So is finding the impact of attention training on neural activity. People often expect that a change in brain function would result from a pharmaceutical or surgical intervention. This research shows that functional change can result from behavioral means alone.

Badura Brack could observe this by examining brain activity in the subjects using scans from a magnetoencephalography (MEG) machine. In addition to psychological interviews and questionnaires before and after the intervention, the subjects performed various tasks while the MEG machine measured brain activity. The highly sophisticated machine, housed at the University of Nebraska Medical Center’s Center for Magnetoencephalography, is one of only a few of its caliber in the country. Using the device, researchers can see where and when activity in a subject’s brain occurs during a given task. For researchers like Badura Brack, this feature is important because if a cognitive process has gone wrong – as a result of PTSD, for example – a MEG scan can help identify the location within the brain where that problem is evident.

Badura Brack and her colleagues – from Creighton University, UNMC, Simon Fraser University in Canada, NIMH, and Tel Aviv University – have published four noteworthy articles related to this work, including a widely publicized article in the American Journal of Psychiatry. “Creighton is connected to and playing with leaders in the field [of clinical neuroscience]. We collaborate at the national and international level, and we are a major player ourselves,” Badura Brack notes.

Next Steps for the Research

If her current research indicates that the attention training computer program is scalable, the work of Badura Brack and her colleagues could change how providers treat PTSD, making treatment for veterans much more tolerable and very low cost. Right now, the researchers are refining the attention training technology to determine if it is effective when delivered over an internet connection.

Whatever happens next, her work has improved the lives of local veterans. Glancing around her office, one can’t help but notice an American flag neatly stored in a case. The flag belonged to Badura Brack’s grandfather, who experienced trauma while serving in World War II and as a firefighter. Years ago, when Badura Brack told him about the direction of her research, he was “profoundly happy,” she says. His pride showed in the fine wooden desk that he refinished himself for her office.

Following the momentum from her PTSD work, Badura Brack has embarked on another exciting project. She and Maya Khanna, PhD, associate professor of psychology at Creighton, are co-investigators on a four-year, $6 million National Science Foundation Experimental Program to Stimulate Competitive Research (EPSCoR) grant. This grant funds state-of-the-art neuroimaging research that will help map the developing brains of children aged 9 to 14. One of Badura Brack’s co-authors and director of the MEG center, Tony Wilson, PhD, of UNMC, leads the grant in Nebraska.

For this project, using some of the same tools as in the PTSD study, Badura Brack is examining how traumatic childhood experiences and psychological distress affect brain growth. For example, what’s behind the spike in depression that occurs in girls after puberty? “What is exciting about this data collection is that we will be able to look at groups of children of different ages and at neural changes in specific individuals across time in both brain structure and function,” she says. This data will contribute to a trove of information to encourage future research in this area.

The program also funds the development of the Nebraska Cognitive Neuroscience Training Program, which encourages partnerships among faculty members across institutions and funds student involvement, too. Through undergraduate research opportunities, students at Creighton have a unique level of engagement with this and other research.

“They are not just doing canned experiments to learn to do research – they are doing novel work that is exciting to professionals in the field,” Badura Brack explains. “If they are willing to put in the work and the effort, I am willing to treat them as full-fledged colleagues.”

With this experience, students come out extraordinarily well-equipped for their future. In fact, several former students now work in the Center for Magnetoencephalography at UNMC as professional researchers, graduate students or post-doctoral research associates.

One of the post-docs, Beth Heinrichs-Graham, PhD – who earned her bachelor’s degree at Creighton in 2010 – recently took home the Young Investigator Award at the International Conference on Biomagnetism.

“I took for granted how wonderful the psychology program at Creighton was,” Heinrichs-Graham says. “Going up against my peers, it better prepared me for my future.” And she still enjoys collaborating with her onetime professor, as they are co-authors on several of the articles that resulted from the PTSD study.

Learn more about the psychology and neuroscience majors at Creighton University.