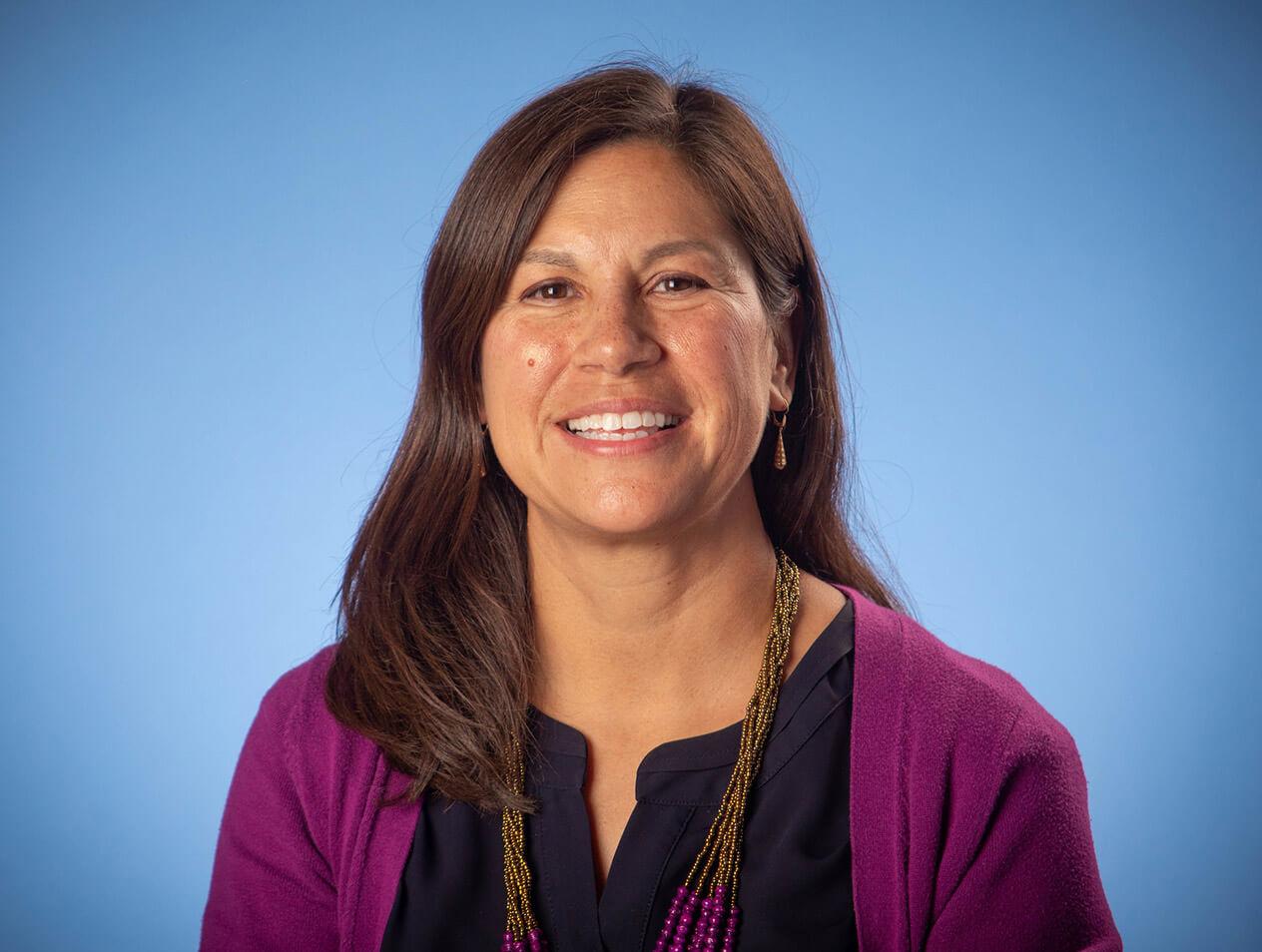 For Erika Moreno, PhD, associate professor of political science and international relations, making sense of chaotic domestic and global politics is all in a day’s work. Moreno passionately studies how democracy functions for the average citizen, especially across Latin America.

In a way, this vocation is her birthright, while at the same time, she says, “I am here by accident.” That is, her parents fled Colombia while Moreno’s mother was still pregnant with her. Her father was a union activist, and in Colombia, “if you’re an activist, there is a price on your head,” she says. It comes as no surprise then, that “we always spoke of politics at home,” Moreno says.

After getting her undergraduate degree in political science at San Jose State University, Moreno traveled to Colombia on a Fulbright scholarship. She spent one year at the Pontificia Universidad Javeriana (Pontifical Xavierian University), a Jesuit institution, like Creighton University. There she began to dive deeper into the question of what makes a democracy strong – a very pertinent question in a country plagued by decades of civil war, in a region marked by economic and political instability.

To protect the human rights of citizens even when the government doesn’t, several Latin American countries have a human rights ombudsperson. Moreno answers this question in her upcoming book, From Justitieombudsman to Defensor del Pueblo: Human Rights Ombudsmen in Latin America, which examines the impact of these independent defenders of human rights. The ombudsmen have latitude to conduct investigations and sometimes initiate judicial action, but they cannot sanction any alleged offenders. Given this limitation, can they still prove effective?

Through consulting survey data2, visiting offices and conducting interviews, and examining government databases, Moreno found that, in Bolivia, the ombudsman is indeed effective and respected. This person fills the role of “naming and shaming” political and public figures who might not otherwise be held accountable. In Colombia, meanwhile, the ombudsman enjoys less independence from politics. That’s because the two-party system there has permitted the weakening of the ombudsperson. Overall, however, Moreno found that the public advocates have made progress in improving the human rights records for their countries throughout most of the region.

For the average American citizen, it may seem all too easy to believe that the politics of Latin America don’t impact our everyday lives. However, she says, “[These countries] are our neighbors, and when they are stable, that has a positive ripple effect throughout the hemisphere.” That stability requires a true, consolidated democracy, characterized by a rule of law, trust among citizens, and a military that answers to civilian leaders.

Democracy offers proven benefits such as higher economic growth and increased educational achievement, Moreno notes. These well-documented facts make up the foundational tenet of democratic peace theory – democracies don’t tend to war with each other. (“It helps to be in a club with other democracies,” Moreno explains). However, a recent survey2 uncovered a startling shift – fewer people worldwide value democracy as they once did. Moreno wonders at this trend, which is difficult for even scholars to understand. One thing it means for sure is that “democracy can’t be taken as a given,” she says.

She plans to study this phenomenon more in depth after her two book projects debut this summer. In addition to the volume on human rights defenders, she is co-authoring a book on the “tropical thaw” of U.S.-Cuba relations, with Creighton law professor Michael J. Kelly, JD, and fellow Creighton political scientist Richard C. Witmer II, PhD (who is also Moreno’s spouse). Despite the progress in recent years, in economic and especially legal and political terms, the two countries still have much progress to make to reach a normalized relationship.

Meanwhile, Moreno searches for the underpinning of the shift in attitudes toward democracy and democratic governments with her students. While these conversations provide challenging questions with few clear answers, they are rarely heated. Moreno says, at Creighton, “our students can talk about politics in civil tones. It’s something about having a common language,” stemming from the University’s Jesuit values.

In the media and in casual conversations, politics can get conflated with parties, assuming division before dialogue begins. In Moreno’s classroom conversations, however, focusing on policy makes it easier to see what someone wants to achieve. “We talked about the wall [President Trump’s plan for building a wall along the border between U.S. and Mexico] in class recently – there were disagreements, but because we have that common language, we can see we often agree on what we want to ultimately achieve.”

Learn more about the international relations major at Creighton.