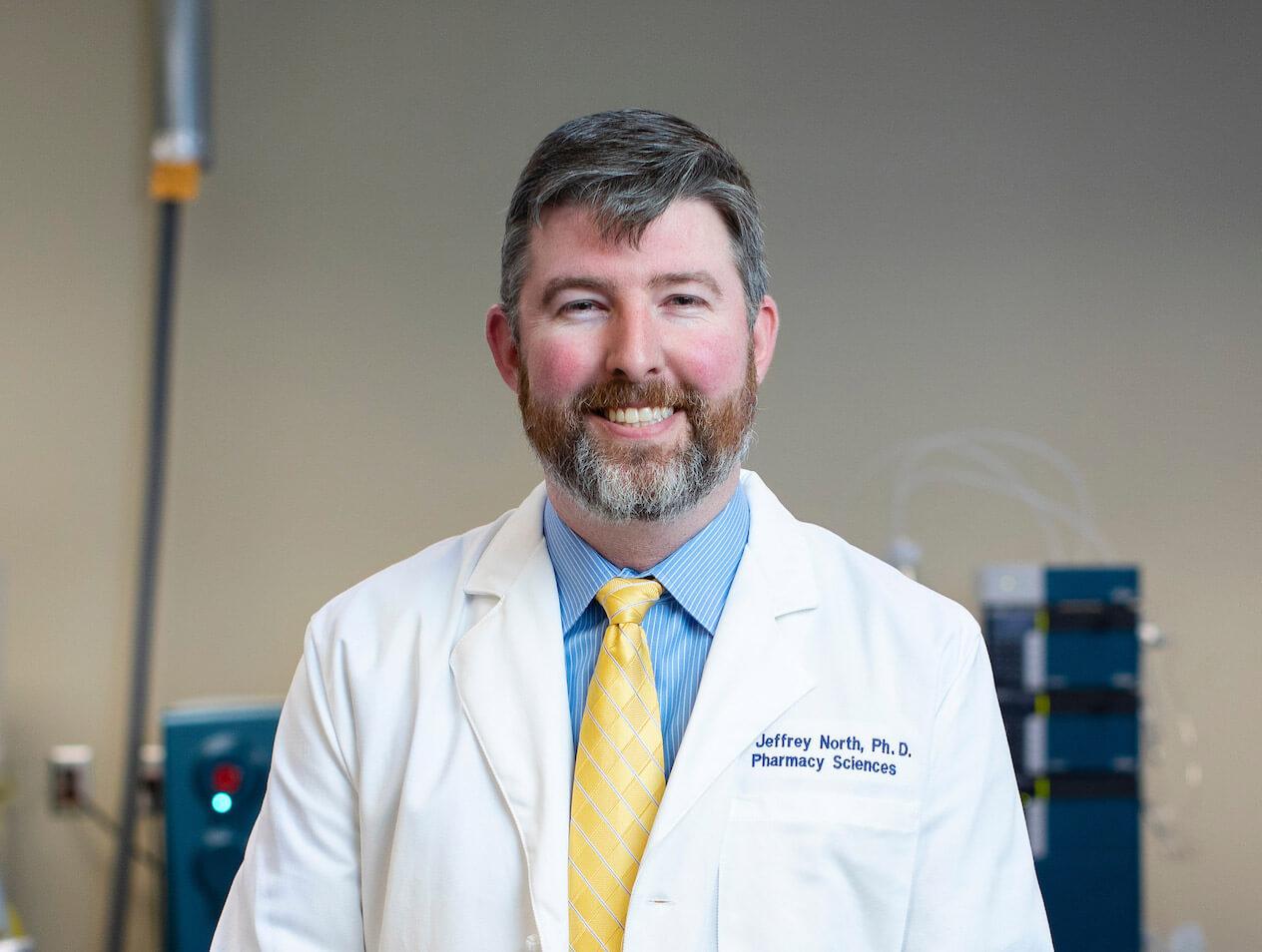 Picture two opposing sides on a battlefield: A ruthless army of single-celled organisms stands on one end, with all of humanity on the other.

And he is on the front lines of this war.

North’s background is in medicinal chemistry. As an undergraduate chemistry student at the University of Memphis, he was interested in health and how to manipulate molecules for therapeutic purposes. Perhaps he’d go on to dental school, he thought.

Then he took a medicinal chemistry course as an elective, and the professor became a mentor to North, involving him in a summer research project. Her influence led him to pursue and complete a PhD in organic chemistry, followed by a post-doctoral research fellowship at St. Jude Children’s Research Hospital in Memphis, Tenn. There he was assigned to work on a tuberculosis grant and became acquainted with this bacterial foe.

Why would combating single-celled organisms invoke a metaphor on the scale of war? With their short life cycle, bacteria evolve quickly to outsmart the drugs that humans once counted on to knock earlier strains dead.

To combat those new resistant strains, novel treatments come onto the market and prove effective for a time. But bacteria will gain resistance to those drugs, too.

Considering the sheer number of these organisms in the ecosystem, this cycle won’t end any time soon.

“We have to stay ahead of the curve, because this will be the case forever,” North says. “Unlike, say, cancer, which is not its own entity and needs a host to survive, bacteria and parasites can live in the dirt, water, everywhere.” That’s why, he adds, diseases like tuberculosis (TB) affect the most vulnerable populations in developing countries, where many people live without basics like clean water.

Throwing a Wrench into the Works 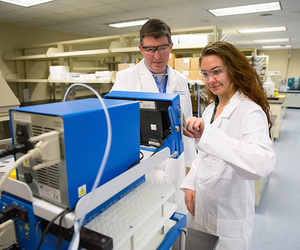 One of the goals for North’s team is to design compounds that could shorten the usual timeline for treatment of TB. Today’s patients undergo drug therapy for six to 12 months or more, as the disease progresses through both an active and a dormant phase.

North hopes to attack the bacteria in its dormant state – a game-changer in terms of shortening the timeline for treatment, if he and his team succeed.

He illustrates why this presents a challenge: “If the bacteria isn’t doing anything, you can’t inhibit anything.”

He likens it to an auto engine – if someone throws a wrench into a running engine, it will likely cause a jam and stop the engine. But throw a wrench at an engine that’s off, and nothing much will happen. The active phase will come on as strong as ever.

Another Enemy – and Some Air Cover

TB isn’t North’s only target. He is also after the disease-causing, multidrug-resistant Mycobacterium abscessus.

North’s team identified two compounds that showed great translational potential for stemming the bacteria’s growth in vivo. This step is a very early – though promising – one on the long trajectory of getting a drug to clinical trials, much less the pharmaceutical marketplace.

To help take those compounds from the discovery phase into the early stages of pre-clinical drug development, he received the Jack and Lois Wareham Research Award, given by Creighton’s School of Pharmacy and Health Professions. As a result, his team published its work on in vitro testing of the compounds’ antibacterial effects.

Then, through a contract with the National Institutes of Health (NIH), the compounds underwent testing in infected mice. Though the mice did not effectively absorb the compounds after oral administration, the compounds still significantly reduced bacterial load in their lungs – an encouraging finding.

North recently submitted a major NIH R01 proposal and is awaiting a decision on funding. 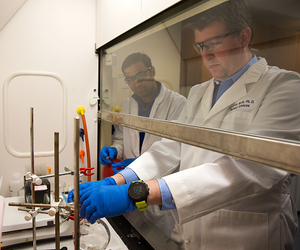 Many students and trainees – from a post-doctoral research associate to undergraduate chemistry majors – work alongside North in his lab. What they learn and how they learn it depends on where each one is in his or her career.

“Pharmacy students bridge a clinical gap when they come into the lab,” North explains. “They learn how to get from the bench [the research environment] to the bedside [the clinical environment]. They see why we do or do not do something based on clinical observations.”

Graduate students, however, “take a project from start to finish, keeping their eye on the prize,” North says. They learn lab techniques in a more advanced setting than they experienced as undergraduates. They learn to ask themselves throughout a project, “How do I make sure that what I am doing is important?” he says. 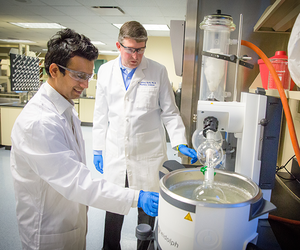 Integrating education and research is key for North. He has earned accolades for both. Unlike some schools with a disproportionate focus on research productivity, “what drew me to Creighton was the opportunity to be an educator where teaching was held in high regard,” he says.

Though his metaphor for his research may be adversarial, his style with students and colleagues is anything but. Pharmaceutical sciences graduate student Pooja Hegde says of North, “He always makes time for us [students who work in the lab], and we can talk to him about anything. It helps make the work more enjoyable!”

Learn more about North’s background in his expert profile.

Learn about the Master of Science in Pharmaceutical Sciences program.

Learn about the pharmacy programs of study at Creighton.