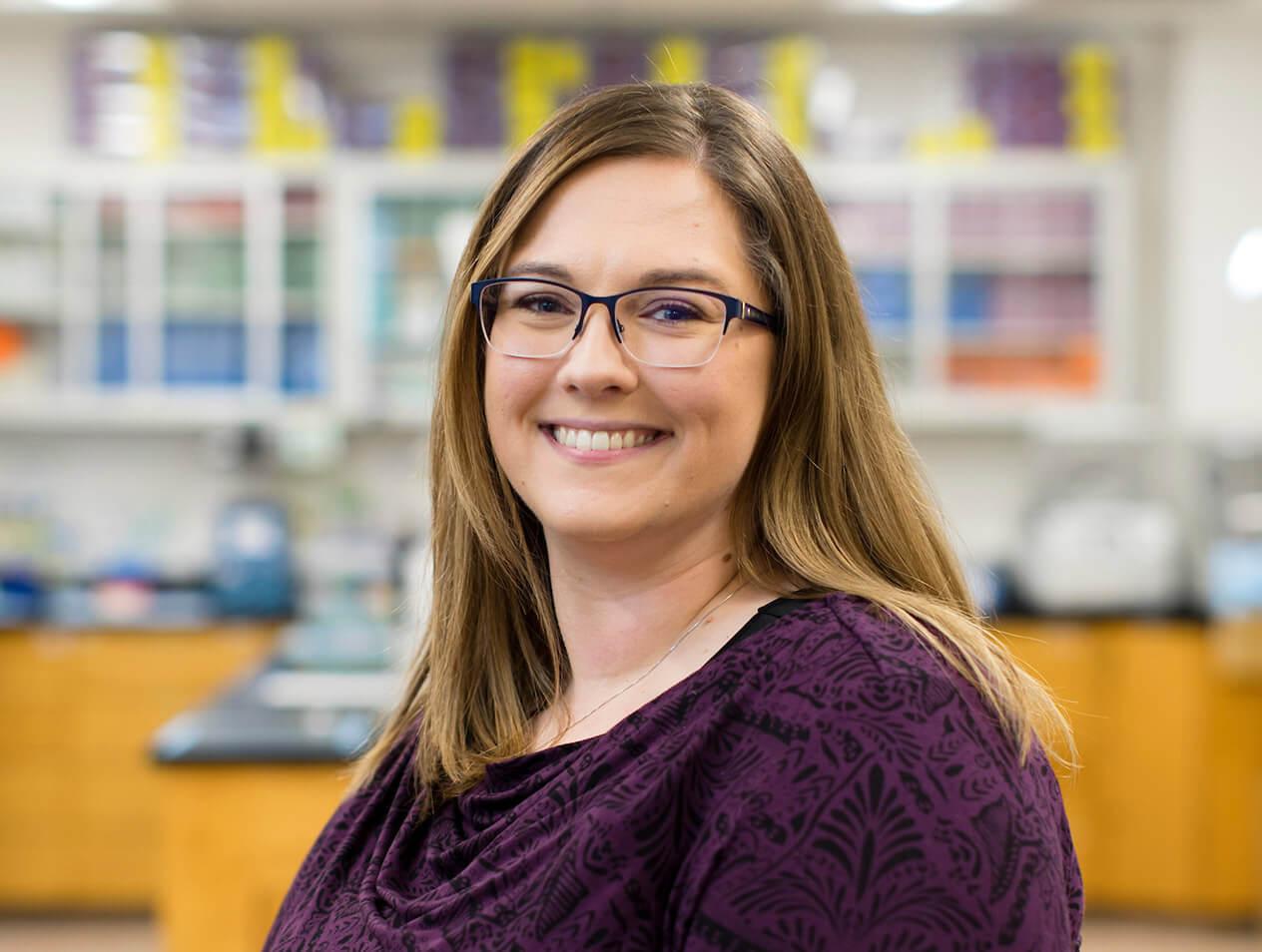 Autism evades the simplest questions – why? Why now? Why does it affect those who it affects and why does it present so differently among individuals? We do know that when it comes to autism, not every “why” has the same answer; that’s where genetics come in.

Holly Stessman, PhD, an assistant professor in the Department of Pharmacology at Creighton University Medical School, almost went to pharmacy school. That was before she tried her hand at biochemistry research as a biology and biochemistry major at Clarke University and decided on graduate school in molecular genetics. She eventually narrowed her research focus to the question of whether cancer cells become drug resistant over time – and if so, how? Can we pick new drugs that cells won’t resist? 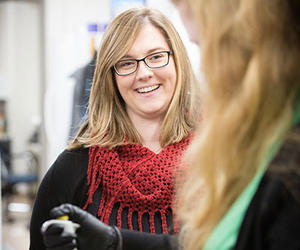 After finishing her PhD, Stessman went on to a post-doctoral fellowship working in the well-regarded Genome Sciences Department at the University of Washington. There she began to study human genetics and autism.

Genetic factors in autism are so important because of the nature of the disorder. Autism spectrum disorders manifest in a range of symptoms that vary widely. From a scientist’s perspective, autism differs from, for example, achondroplasia, a form of short-limbed dwarfism, in which there is one main risk gene, Stessman explains. This makes it easier to predict and diagnose. With autism, however, 500-700 genes and many gene variants seem to factor into the disease. Stessman is working to make sense of this complexity.

Based on her findings during her post-doc, she believes that, although autism spectrum disorders have been lumped together, science and medicine would benefit from the ability to split people into groups based on genetic variation.

Her research hopes to identify shared phenotypes that suggest specific types of autism in individuals sharing genetic variation in the same gene. “There are at least 90 high-impact genes we can implicate,” Stessman says. “Those genes have more variation in autism and intellectual disability patients than in controls.”

In 2014, Stessman and colleagues showed that patients carrying genetic variation in the gene CHD8 shared specific clinical features such as increased head circumference (also known as macrocephaly) and gastrointestinal problems. Experiments to test this link between genetics and phenotype in zebrafish found that “knocking down” expression of the gene appeared to cause similar features in the fish. Since the publication of this work, Stessman and others in the field have continued to pursue studies linking additional genes with phenotypes.

In 2017, work by Stessman and colleagues appeared in the journal Nature Genetics. By compiling a huge database of genetic information spanning several continents, they identified genetic subtypes associated with incidence of intellectual or developmental disability accompanied by autism, and subtypes associated with autism but not intellectual or development disability. Drawing a distinction between these subtypes fills a void in the previous work on the genetic risk factors of autism and other neurodevelopmental disorders. 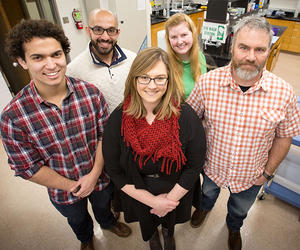 Human biology and genetics are complex, and understanding the significance of these connections will require exploration. Nonetheless, the work toward identifying genetic subtypes like this opens the possibility of targeting those genes for treatment. Stessman calls this the “drugability” of her findings. The more targeted the treatment based on genetic factors, the more promising the results will be.

This trend in drug development isn’t unique to autism. Stessman says it reflects a shift in health care overall. Genetics are becoming a bigger part of physician education, medical records and everyday care as well – and that’s good news, Stessman says. For example, genetic testing at a well-child appointment could help pinpoint risk factors for autism and other potential problems, Stessman suggests. This could allow for earlier, targeted intervention. Early diagnosis and intervention can help those with autism live a relatively normal life.

Separating Fact from Fiction and Fear

While genetic testing can provide a path to some answers, it also leads to questions. Stessman emphasizes that genetic variation does not determine a patient’s future – it simply points to increased risk. Once variants are identified, patients should talk to their doctor about healthy lifestyle decisions and prevention strategies.

In addition, patients may wonder who can see and use their genetic information and for what purposes. “The field is starting to listen to people’s concerns about what happens to your genetic data,” Stessman says. “You can still get health insurance – but life insurance and enrollment in the military can be affected” based on your genetic predispositions. More and more researchers are exploring the ethical dimensions of genomics research and working to find ways to ease patient anxiety.

Stessman notes that most patients are enthusiastic about contributing to research efforts. “By participating in research, they can help someone else later,” Stessman says. They’re contributing to the body of knowledge. Researchers in a certified lab can also report results of tests that otherwise might not be covered by insurance to doctors to aid in finding the best treatment options for individuals.

During her work as a post-doc, the Simons Foundation Autism Research Initiative (SFARI) took note of Stessman’s work. As a finalist in their “Bridge to Independence” program, which provides support to scientists just beginning their faculty careers, she will receive $450,000 over three years for her work on in vitro modeling of genetic subtypes of autism.

At Creighton, Stessman will also teach in the neuroscience major to round out the genetics component of the program. The neuroscience program and Creighton’s reputation in hereditary cancer research helped draw her to campus.

At the forefront of that research stands Henry Lynch, MD, a pioneer of the link between genetics and some cancers and longtime professor in the School of Medicine. He and his team have amassed the Hereditary Cancer Database and Biorepository, which is “a remarkable collection of clinical information and specimens that has made possible the discovery of genes and discrete genetic events that lead to hereditary cancer,” according to Thomas Murray, PhD, interim provost of Creighton University. The database contains information for more than 200,000 individuals and nearly 3,000 families, a vast resource for researchers like Stessman.

“It’s amazing working with Dr. Lynch’s team because they have been so focused on sample collection,” she says, and “his work has been integral to the field.” The legacy of his efforts gives rising stars like Stessman and her students a lot to work with.

Explore more of Stessman’s background at her expert profile.

Learn about the Master of Science or PhD in pharmacology.