HIV research and treatment has come incredibly far since the virus first emerged in the early 1980s, spreading amid panic and confusion. Today, the average life expectancy of someone with HIV is only 6 months shorter than that of a HIV-negative person. But that’s only if the patient follows his or her drug regimen consistently, according to Chris Destache, PharmD, professor of pharmacy practice in the School of Pharmacy and Health Professions. Therein lies one of the biggest challenges for HIV treatment.

Destache has worked for years on using nanotechnology to deliver drugs to treat HIV in convenient, long-lasting ways. With HIV treatment, “there is an element of adherence,” he explains. “HIV is a social disease, affecting people with other disease processes, such as psychiatric diseases, addiction, incarceration - and stigma,” all factors that aren’t conducive to a rigorous medication regimen. Earlier HIV medications involved taking three or four drugs up to five times per day. Today, patients can take a formulation with all the drugs in one pill once daily. But even maintaining that regimen for years can be difficult for some patients.

Delivering medication with nanotechnology, however, could mean that an HIV-positive patient might need only one injection every month or so. In Destache’s patented formulation, the drugs are entrapped in a polymer that breaks down slowly to release the drugs gradually. Nanotechnology works well with delivering a combination of multiple medications– “you can fit several drugs into a nanoparticle,” Destache says (see figures below). Previously, nanotechnology was used mainly for cancer treatment; its use for treating and preventing infectious diseases like HIV is still a fairly new approach. The next logical step is using this technology to prevent disease altogether.

An Ounce of Prevention

In the absence of a cure, an ounce of prevention is worth a pound of treatment, Destache believes. Around the world, 37 million people are infected with the HIV virus, with less than half – 17 million – receiving treatment, according to Destache. Even for those who do receive treatment, costs are extremely high – up to $75,000 per year – and side effects can be onerous.

“For some people,” Destache notes, “drugs remind them they have HIV and they get drug burnout. Plus, sometimes when taking the drugs, they just don’t feel good.” This prevents some HIV patients from sticking with their regimen. To avoid this altogether, drugs for preventing HIV – broadly known as PrEP (pre-exposure prophylaxis) – have now become available for populations at risk of infection. Still, individuals must take these oral medications daily.

Destache is researching how to use nanotechnology to deliver a gradual release of the PrEP drugs. The hope is that the nanoparticle containing the drugs can be injected about once per month instead of swallowed daily in pill form. The National Institutes of Health (NIH) awarded Destache a grant of about $1.5 million over a four-year period to look at using different antiretroviral drugs in this promising method to prevent HIV.

In a novel approach, his team is also experimenting with combining drugs and a protein that can prevent HIV infection. To infect a cell, HIV needs access to a specific receptor on a particular cell. However, in Destache’s method, a monoclonal antibody blocks that receptor and keeps HIV out of the cell. Destache earned a $75,000 award to support this research through LB692, which funnels a portion of state taxes from tobacco products to biomedical research.

About 37 million people around the world are infected with HIV, with 17 million receiving treatment.

Even with the giant leaps in understanding and treating HIV, much work remains. The World Health Organization (WHO) has set a “90-90-90” target – for every country to have 90 percent of HIV patients identified, 90 percent receiving treatment, and for 90 percent of those to have a nondetectable viral load (meaning they don’t have enough of the virus to infect other people). Clinical research is only part of this global picture – “policymakers would have to come in,” Destache says, for the 90-90-90 target to happen.

Nonetheless, Destache is doing his part. Spending his career at Creighton, he says, has given him the ability “to get up every day and say: ‘This is what I’m going to try to accomplish.’” It also provides an environment for collaboration – Destache works closely with a faculty member in the School of Medicine’s Department of Medical Microbiology and Immunology, Michael Belshan, PhD, who is an expert in virus-host cell interactions.

In some ways, Destache’s intensive involvement in drug discovery research seems unusual for someone trained as a pharmacist. However, in another sense, it is the perfect extension of that vocation. “You see patients and you see what they are going through. You ask yourself, how can you take that back to the lab and improve things? Being able to make positive changes for patients is what pharmacists try and do every day. Pharmacy is about helping people and problem-solving.” And, ultimately, so is Destache’s work.

Find out about pharmacy education and research at Creighton

Explore more of Destache’s research at his expert profile

Pharmacy is about helping people and problem-solving.
— Chris Destache, PharmD 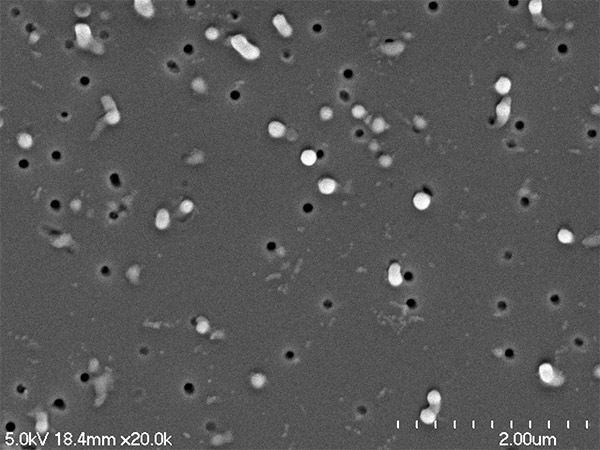 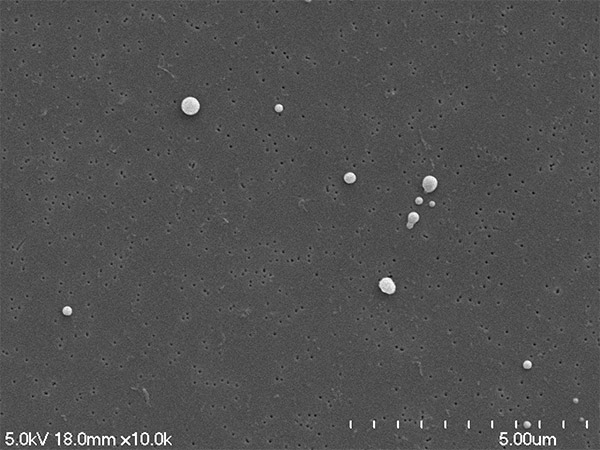